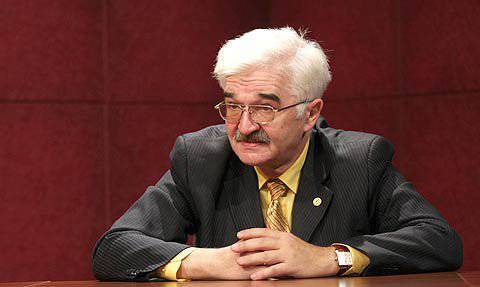 Already, Iran has economic problems due to its blockade.

According to media reports, Tehran raised the issue of the gradual suspension of uranium enrichment, and as a retaliatory step, he expects to soften international sanctions. However, Washington is of the opinion that the implementation of the Iranian plan does not mean that Iran will not be able to create a nuclear weapons. The US would like Iran to stop enriching uranium to 20%, take the already accumulated reserves of material abroad and close its processing plant.

The political moves around the enrichment of uranium in Iran are most likely only the tip reflection of the powerful bargaining that goes between the largest political forces. In my opinion, those technologies possessed by Iran, in principle, make it possible to obtain nuclear weapons, to make nuclear charges. It is extremely difficult to track exactly whether it will be done or not, but the question is different about what the bargaining is about. The main thing is the issues of war and peace. Why does Iran need nuclear charges? It is clear that this is a defensive weapon, a deterrent weapon. Iran cannot unleash a nuclear war in conditions when powerful NATO forces exist. It is clear to everyone.

This is first, and secondly, double standards are applied. It is well known that Israel possesses nuclear weapons, although it is not officially recognized, but the non-proliferation status has long been violated, and various Israeli politicians, not embarrassed, repeatedly mentioned this in the media. Now it would be fair to talk about the balance of power, about the weapon of deterrence, and in the way it has always been interpreted before, that is, it is good, not evil. Nevertheless, Iran poses a threat to world elites as one of the pillars of an alternative ideology; he violates their scenario by proposing an alternative ideology for the development of the world. And besides, he is the mainstay of the main competitor of the United States in terms of economic and military potential, that is, China. Therefore, there is bargaining, how to solve their problems, without turning it into a direct clash with China, into direct nuclear bombardments, and so on.

The situation around Iran will develop smoothly: it will be taken by starvation and undermining from within

The fact that the United States introduced a powerful naval force into the Persian Gulf is, in my view, an indicator that they are not preparing a strike. This is an informational and psychological action that distracts from the main idea. In the Persian Gulf, Iran has a very powerful coast guard and defense, and, from my point of view, Iran will be emaciated and undermined from within. Already, Iran has economic problems due to its blockade and sanctions. The worst thing that can happen is a violation of its economic, trade and other ways and ties with China through the Central Asian republics of the former USSR. This course of action, I think, will be a priority.

Among other things, tension around Iran is being intensified in connection with the situation in Syria, aggression against Syria is gaining strength. Mina hit the Turks, and this as a provocation anyone could have done, and the fact of shelling the Syrian territory is taking place. The explosion of the situation in Syria and the spread of tension towards Iran are quite possible. But to conduct massive military operations on the territory of Iran itself, given the nature of the terrain, is rather difficult.

From my point of view, the situation around Iran will develop smoothly, without abrupt changes, without open military aggression. Yes, and the current threats from Israel, it seems to me, are not realized. A hypothetical Israeli strike on Iran, especially with the use of nuclear warheads, will put the entire Islamic world in motion, the whole environment of Israel, and this can lead to completely unpredictable consequences. I think this scenario does not suit anyone.