British media concerned about Putin's claims about the Sarmat missile, which can reach London in a matter of minutes 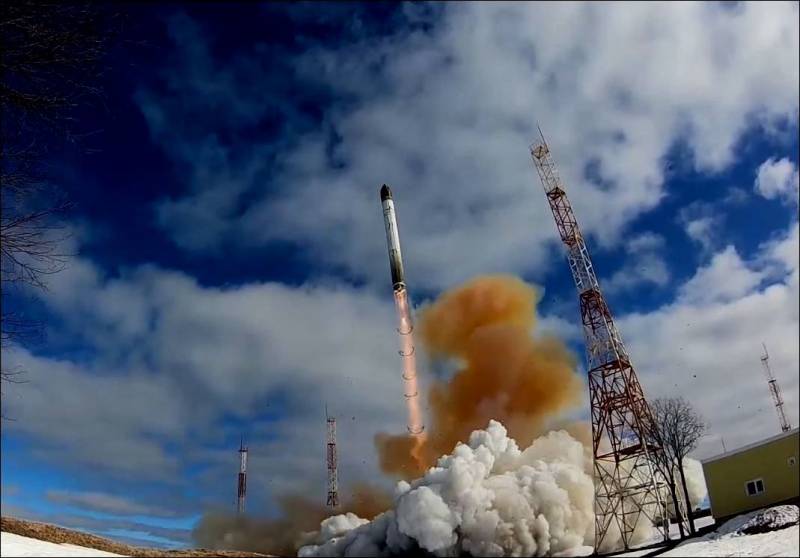 The new Sarmat missile will be able to reach London in just three minutes. The Daily Mail writes about this, declaring a growing threat to the United Kingdom.


The British publication was alarmed by the words of the Russian leader that after the events in Ukraine, Russia will increase its military power. Putin promised that the first Sarmats would be on combat duty by the end of 2022. The Sarmat missile, referred to in NATO as Satan 2, is considered the world's longest-range intercontinental ballistic missile. It is able to reach any point on the planet, while intercepting its nuclear blocks is almost impossible.

Putin's words are also quoted by The Telegraph. The publication writes that the president said them while receiving graduates of military universities in the Kremlin. The missile is capable of hitting targets not only in Europe, but also in the United States. Therefore, the British are unlikely to be able to sleep peacefully now, knowing that their country is in hostile relations with Russia.

Despite some damage caused to Russia by the sanctions and the Ukrainian events, the country's military potential is growing. In Ukraine, the Russian Federation has not used all its capabilities, and the West is well aware of this. This is probably why the West still behaves cautiously with arms supplies, not crossing a certain line.

British military experts are discussing the fact that the Sarmat missile is capable of carrying 10 or more nuclear warheads. This is enough to wipe the United Kingdom off the face of the Earth with one blow. Earlier, writes the British press, Russian journalist Dmitry Kiselev twice announced the possibility of drowning the UK with Sarmat missiles.

In addition to the Sarmat missiles, Putin in his speech paid attention to the S-500 air and missile defense system, which also has no analogues in the world. The British press recalls that earlier Russian television offered to return Great Britain to the Stone Age in ten minutes with the help of Zircon missiles.

The British edition also recalled the words of Israeli expert Yakov Kedmi, who said that the Russian Zircon hypersonic missile could destroy the UK's power plants and plunge the country into darkness. The hosts of one of the TV programs also announced the possibility of destroying London, Berlin or Paris combined in 200 seconds.

The prospects for the UK, although it reminds of having its own nuclear weapons, in the confrontation with Russia will be very deplorable. Russia has too much territory and very serious resources for Great Britain to inflict fatal damage on it. But an island state in northwestern Europe, unable to part with centuries-old imperialist ambitions, can really simply cease to exist if Russia decides to use the latest weapons.