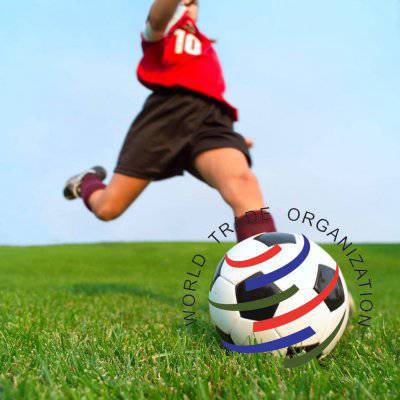 Recall that Russia for the entire official history of the WTO (since 1995) turned out to be the only country that has been negotiating its accession with representatives of the organization for 17 years. As a result, after leveling the last disagreements between Russia and the World Trade Organization, or rather, between Russia and Georgia, which stubbornly did not turn on the green light before their main world opponent, our country nevertheless found itself in the WTO. At the same time, we received a 156 sequence number (of the total WTO member countries 157, the 157 position in the list was taken by the island nation of Vanuatu).

It would seem that accession to the WTO would have opened up opportunities for us not only to give new impetus to the development of the Russian economy, but also for the possible promotion of our trade interests through the WTO. But while our 156-position in the list of accepted little impresses all other members, and therefore, instead of someone to dictate something, we ourselves have to fight back from the very specific WTO-shnyh concepts.

Naturally, there has been too little time since joining the organization, and therefore there are no special reasons for dusting the head with ashes. However, you need to be completely honest with yourself and declare that, obviously, no one is going to make any concessions to Russian goods on the world market, if Russia itself does not take concrete steps to promote them. Unfortunately, we have been boiling in our own juice for too long now to take it in such a short time and, literally with our foot, opened the door to the WTO and loudly announce our presence from the threshold. So far, it must be admitted, Russian manufacturers have a peculiar inferiority complex that has been forming for a long time. Manufacturers would certainly be happy to bring their goods to international markets, but even if a number of foreign companies need such goods, these companies will use the WTO tools to do everything to get more quality products at the lowest possible prices.

At the same time, many Russian industrial sectors find it extremely difficult to compete in the conditions of the WTO with similar industrial sectors of foreign countries. Let's try to figure out what Russian products (if you do not take into account the attention of oil, gas and weapon) today can become competitive in the global market. Frankly speaking, well, we don’t have so many well-developed industrial sectors that could saturate foreign markets with relatively inexpensive and high-quality products. The field of electronics and microelectronics can be immediately deduced from the brackets, as Russia today itself purchases the lion's share of such products from foreign companies. In this area, even if in the near future there will be at least some positive shift, then we are unlikely to reach an adequate level of competition with such, let's say, electronic giants like China, the United States, South Korea or Japan.

There is an option to promote their space programs. For obvious reasons, this sector could be a quite serious bid for Russia to get the first roles in the WTO format, but the catch here is that the space sector in our country is almost entirely under the responsibility of the state. Such a state of affairs can obviously serve as a reason for violating the first principle of the WTO itself, since this principle speaks of equality. But tell me which self-respecting government structures will want to take the path of equal partnership with foreign private companies. First, here the interests of those foreign companies can somehow intersect with objectively secret information that is associated with space research and development, and secondly, the more the state is involved in a particular business process, the higher the level of this process. bureaucratization and corruption And here it is not only about Russia. Corruption scandals associated with the intervention of government structures in the business, emerge in the European Union and the United States, and in several other countries. It turns out that in order to promote its services in the space sector on favorable terms, Russia needs to reduce the level of state intervention in this sphere. However, such a thesis from the point of view of the economic realities of the new time looks extremely doubtful. Why?

The thing is that today the World Trade Organization itself can not decide which way to go. And, by the way, such torments in the WTO began to be observed not today or even yesterday. The first sign of internal organizational controversy flew over the WTO as early as 2001, when the so-called Doha (named after the meeting venue - Doha, the Qatari capital) was launched. The World Trade Organization’s development consultations and negotiations. The main thesis of this round, which (the round) has not been completed yet, is that certain countries proposed to bring the liberalization of the economy of the WTO states to new heights and at the same time abolish any kind of subsidy for agricultural products, introduce rules for regulating intellectual property.

It is not difficult to guess that such ideas promoted states with consisted economies. We are talking about the United States, Japan, Britain, Germany and other countries of the world. Strongly against the Doha Protocol with similar theses were made by the countries that by that time were ranked among the developing ones (India, Turkey, China, Brazil, etc.). The former were both hands on liberalization and the tightening of norms for the use of intellectual property within the WTO, as they needed free access to such rapidly growing markets as the market of Southeast Asia, South America and other regions. At the same time, it was in countries actively advocating liberalization that by the beginning of the 21st century there was the highest percentage of production of intellectual property in the world.
Those who did not want to let the economic giants into their territory on favorable terms exclusively for these giants opposed. Moreover, the same China spoke out against the Doha Protocol with both hands and feet, because, as we all know, intellectual property protection is not all right ...

It would seem that the contradictions had ripened literally polar, and therefore the Doha round could have ended with the frank pushing of the trade interests of the United States, Britain and others like them through WTO funds, which become very flexible if they touch Washington, London or, say, Brussels. But the situation went the other way, and the adjustments to it were made by the notorious economic crisis, which led to the fact that even in the overly economically liberal United States of America and the European Union, the government took steps that allowed the economies not to fall into the abyss. Printing machines were used in the course, which filled the banking sector with new, smelling paint and bills. At the same time, many commercial structures received financial assistance, which, de jure, did not correlate in any way with the state. But, here, as they say, not to fat ... They spoke extremely cautiously about the obvious and uncompromising economic liberalization in the world, and looking at the Greeks who were drowning and holding onto endless external loans, the phrase “economic liberalization” began to look just horrible.

Some in the West openly talked about the fact that the entire financial system and the WTO can only be saved by government intervention, because financial flows, despite the apparent existence of very effective WTO tools, did not go into the real sectors of the economy, but systematically entered the bank accounts of narrow circle of stakeholders.

So it turns out that today we are talking about some destructiveness of the excessive activity of the Russian government in terms of economic regulation, and at the same time we keep in mind the situation in which the World Trade Organization itself recently managed to turn into an environment to serve the interests of a very few oligarchic group .

Of course, everything looks just perfect, because the WTO is on three pillars: transparency, equality and reciprocity. But, in fact, what kind of equality can be talked about when, for some states, insurmountable barriers are built within the WTO, and for others, these barriers are artificially dismantled. What kind of transparency, when for several years Russia could not really explain why it is not worthy of being in the World Trade Organization, and, for example, Haiti or Zimbabwe, who have a large part of the trade budget from foreign humanitarian aid, worthy of ...

Russia could, through the real field of equality and partnership, sell products of metallurgical combines, agricultural associations, enterprises of the woodworking sector through the WTO, but as long as the World Trade Organization approaches its principles only declaratively, nothing good can be expected from Russia for it.
By and large, the WTO has been marking time for years for 11, trying to veil the real goals of the major economies of the world with certain ephemeral pseudo-humanistic ideals. If today Russia does not openly declare this, then the very fact of its stay in the WTO will be all the more doubtful. In an attempt to fend off bothersome foreign producers, who are going to expand their own sales markets at the expense of Russia, you can forget about your own production. But at the same time, cutting off all ties with the WTO is a new way to self-preservation, which in the present conditions will not lead to positive either.

In general, and here it is necessary to maneuver and systematically defend their economic interests. And who is easy now? ..