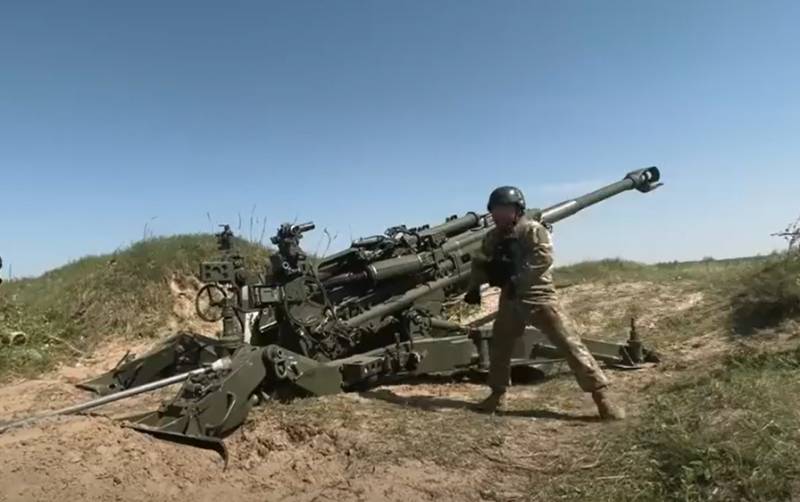 Aleksey Arestovich, adviser in the office of the President of Ukraine, made a new statement regarding the provision by the West weapons for the needs of the Kyiv regime. Moreover, Arestovich's new statement is fundamentally different from all the previous ones. If a few days ago an adviser in Zelensky’s office stated that NATO weapons would very soon allow a “major offensive in the Donbass”, now, when senseless and criminal shelling of residential areas of Donetsk is going on from NATO guns, Arestovich actually admitted that hopes for Western weapons are not justified.

A more bad and cheap comedy than the transfer of weapons by the West to Ukraine, I simply cannot imagine.
According to Arestovich, this is “ridiculous if there was no specific tragedy of the Ukrainian people behind all this.”

This is a very bad and cheap comedy.
Ukrainian officials literally say every day how much weapons the West "should supply" for the "victory of Ukraine." So, for example, another adviser in Zelensky’s office, Mikhail Podolyak, announced the day before that it was a thousand artillery pieces, 300 multiple launch rocket systems, several hundred tanks. However, the West is already less and less enthusiastic about the supply of weapons to Ukraine. Especially the situation for Kyiv may turn out to be deplorable in this respect due to the fact that it is with NATO weapons that the regime’s troops systematically shell the residential areas of Donetsk, which is why the republic loses its civilians every day.