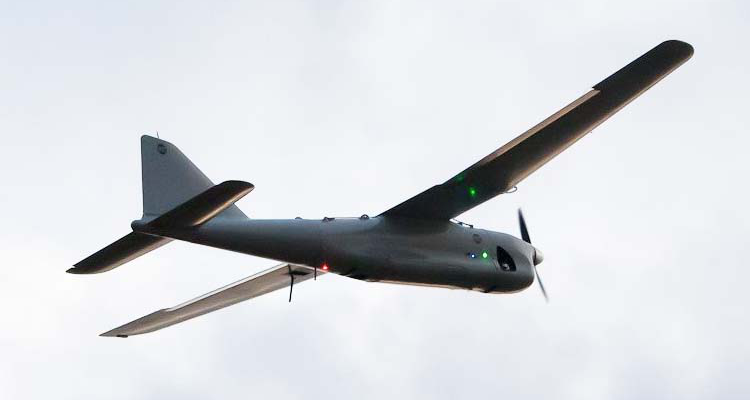 A UAV in modern warfare is both a reconnaissance aircraft, a spotter, and an attack aircraft ... These aircraft replace a whole range of battlefield combat aircraft, or rather, they do not replace, but complement. Why are they good? First of all, it is cheaper than aircraft, plus there is no need to risk the lives of pilots, whose training costs more than the cost of the aircraft itself. The Air Force in general faced in the 20th century with a paradoxical, at first glance, problem - expensive and complex aircraft with pilots who received many years of complex education, a priori, cannot be massive. Plus, it is difficult to make up for their loss in the event of a large-scale war. As a result, relatively simple and cheap mass devices became the way out of this impasse. Although the original logic was quite different.

In 1957, the development of the Tu-121 began - an unmanned intercontinental vehicle controlled by an autopilot using an astronavigation system with a range of 3880 km. A similar idea was worked out by many, both in our country and in the USA, in those years ICBMs were not yet a panacea, simply because of the long preparation for launch and low accuracy. A prototype Tu-121 was built, it took off, but in 1960 the project was curtailed. The range and security of ballistic missiles have increased, and the niche of a heavy strike unmanned kamikaze aircraft has simply been unclaimed.

But the work was not done in vain - the Tu-121 grew on the basis of the Tu-123, which was also originally designed for strikes at long distances, but since 1960 they began to develop it for the Hawk system - long-range reconnaissance. For those years when satellites were not yet tracking the surface of the planet, the idea was interesting and promising. Tu-123 flew in different modifications. But only as prototypes. It was possible to bring to mind the next device - the Tu-139. In fact, a modification of the Tu-123. A total of 52 vehicles of all modifications were built.

The Tu-141 "Swift" and Tu-143 "Flight" became the truly serial and mass-produced Tupolev apparatus. The first produced since 1979 172 units, the second since 1982 - 950 units. These devices fought, however, after the collapse of the USSR. In Soviet times, they were more likely to be tested in combat conditions in Afghanistan and Syria, where one UAV was lost. The main use fell on the conflict in the Donbass. In 2014, one UAV was shot down near Shakhtyorsk, the second made a hard landing at an unplanned point. And during the NMD, two Tu-143s intercepted the air defense of the Russian Federation, and one, having broken out of control, flew right up to Croatia. UAVs cannot be blamed for this, their time by 2014 had long passed.

The problem of the Tupolev family was the size, jet engines and primitive control system. For the 70s - 80s it was normal and quite on the level, but the 90s required a different approach...

The need for reconnaissance drones was recognized back in the 50s, and in 1956 the Lavochkin Design Bureau began developing the La-17R reconnaissance UAV. More precisely, not the development, but the alteration of the La-17 guided target. The device for those years came out quite good - 900 km / h speed, 260 km range, ceiling 7000 m, minimum height - 100 m. Production since 1963. In service for 10 years, delivered to Syria. Intelligence equipment at that time was solid:

"unmanned reconnaissance vehicles could carry AFA-40, AFBA-40, AFA-20, BPF-21, ASCHFA-5M cameras, the Chibis television camera, and Sigma radiation reconnaissance equipment."
Another project was developed by the MiG, this time - an UAV interceptor. The R-500 was supposed to intercept high-speed (including hypersonic) targets. An interesting project was not even brought to a prototype for the simple reason that hypersonic missiles, as well as the means of intercepting them, were beyond the capabilities of the technology of the early 60s.

Nevertheless, to summarize, we were doing well with heavy UAVs. All types were developed - targets, reconnaissance, shock and even interceptors. The models were brought to operation quite at the world level and even higher, purely quantitatively, our fleet of drones was at the world level.

Elves, Mosquitoes, Bumblebees, Bees ... Israeli UAVs in 1982 showed a simple thing - small slow-moving vehicles are able to provide information in a fast mode much better and more efficiently than heavy jet vehicles. The niche of heavy vehicles is front-line reconnaissance, the niche of light vehicles is front-line reconnaissance. The USSR was challenged, and the challenge was answered. In general, the development of a light UAV went on even before the Syrian defeat, but in an initiative and unhurried manner. In a certain sense, the focus on the Third World War was the misfortune of our Armed Forces, and the little things did not fit into this concept. Nonetheless:

1976 - MAI designed an ultralight aircraft weighing 330 kg called Elf. By 1979, its radio-controlled version was developed. Having a speed of 195 km / h and a range of 120 km, the device came out quite well, but did not go into the series - only two copies were built.

1978 - three students created the PS-01 "Komar" as a graduation project. 180 km / h speed, 100 km range and only 90 kg of weight. The mosquito successfully flew, but also did not go into the series. Only three examples were built. And then the business was entrusted to professionals in the form of Yakovlev Design Bureau, which specialized in light aircraft.

“It is equipped with interchangeable sets of reconnaissance equipment, which include a television camera, a thermal imaging camera, installed on a gyro-stabilized ventral platform. The television camera has a variable remotely adjustable viewing angle (3 - 30 degrees), the field of observation of the IR sensor is 3,4 flight heights. The resolution of the thermal imaging sensor is 3 mrad.”
Communication and control of the apparatus were provided at a distance of up to 60 km. 50 pre-production examples built. And then there was the Bee, essentially a perfected Bumblebee, which already flew confidently in 1990, but was put into service only in 1997. Used in the Chechen war, proved to be quite good.

Thus, we created light UAVs, and overcame the resulting backlog. But the collapse of the USSR and the cessation of funding for new projects caused a failure in the design of new devices. From there, there is a certain lag in quantity and quality. In principle, surmountable with normal funding and organization. We have a school and traditions. The backlog of the USSR in terms of UAVs is largely a myth.