Psychological war or anatomy of deception 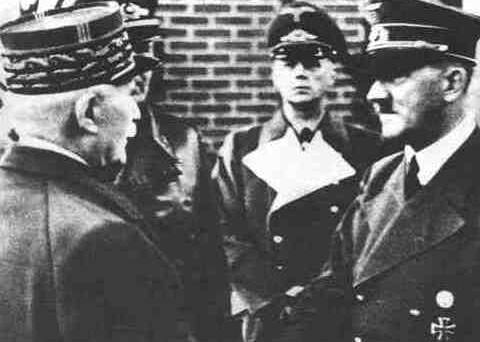 "Propaganda has nothing to do with the truth." Goebbels
“With the help of a skillful and long-lasting use of propaganda, one can imagine heaven to be hell and, conversely, the most miserable life - like heaven.” Hitler

The first forms of war were primitive: what came to hand was crushed and eaten. Then the man began to pick up a stick in order to hit his neighbor on the head. True, the classics of Marxism claim that the roots were digging with a stick, and that labor made a person. The turning point in the physical wars was the invention of the means of remote destruction: bow, spear, other intellectual means of killing. The weak could get the strong, and the untrained could get the trained. Human rights activists from ukrov did not raise the question of banning “Cossack harmat”, but they said from the patrician of Rome that the bow and arrows should be forbidden, because the cunning can kill anyone they want, and this threatens humanity. But the Colt, Mauser, Kalashnikov, Anka-machine gunner, the nuclear shield and other attributes of physical war, whose goal is space, resources, slaves, came ...

The next stage began when someone had the idea that it was not necessary to invade, not necessarily kill, it was possible to economically and economically do the same thing in order to regulate the amount of the population of the enemy’s country, its intellectual level. In the end, to organize the relationship so that the country does not need to win, she will work for you. And so that people do not understand that they are being enslaved, in the course of the economic war, the need arose to conceal the wealth of some and the poverty of other countries, a vivid example of poverty on fat black soil - Ukraine. In other words, there was a need for psychological warfare.

The states of the “golden billion” consume more than they give away. Why do they have a great need to stick their nose to a neighbor to feed from there? And so that they would not be objected and there was a need for special treatment of the population of the third world countries, neighbors so that the neighbor did not understand that he was being robbed. In the psychological war of the “golden billion” state they rely on the so-called “fifth column”, i.e. internal enemies in the camp of the neighbors. The purpose of this, mainly oligarchic-grant-eating "columns", is the division of society according to national, religious and other principles. It is true today that the “fifth column” as it is fashionable among the “Galician colonists with an American accent,” different groups call each other. If you want to understand exactly what column a person is worth, estimate his income. Ranks and titles should not be confused. Often, people standing on the highest levels of power are adjacent to the opponents of their people. "Orange Ukrainians" is an example.

In psychological warfare, there is a special strategy for treating the population that includes several waves of psychological influence. The first wave, paradoxically - humorists. All these petros, serdyuchki, crooked mirrors and others, teach the population to laugh at themselves, subvert taboos, remove moral inhibitions in the brain by joking. If you can make fun of your father, then you can criticize, and if you can criticize, you can send it away. The second is the "political scientists", "scientists", the authorities inflated by the media.

Statistics are being manipulated, commonplace things are being said, i.e. the psyche is revealed. To open a suggestible person, you must first tell him trivial things, or sing, as in show business. Ten minutes later, a person falls into a state where he can "swallow" everything. After a week, it all pops up in him, but in the form of his own thoughts. The same goes for manipulation. historical facts.

Only an educated and little inspired person can resist this. The next wave is the party bosses, human rights activists ... These directly indicate the goal. If the former: humorists and political scientists prepare the environment, loosen up the psyche, then party functionaries, human rights activists speak specifically, orienting public opinion: we should have this, this and that. Russophobia implicated in street democracy has a particular passion among human rights defenders.

We'll see how election campaigns are going in non-golden billion countries. Before the election, the observer from the Washington Regional Committee comes and restores order, i.e. chooses who should be president here. Then the money rushes and the person who is needed is carried out, and after the election they ask him - we put you, it means that you have so much and so much. Economic robbery has become a subtle economic game. A shout from overseas turned into a psychological war. Let us recall the chain mail and Gongadze for Kuchma. Or, for example, before the second term, Yeltsin had a rating of 5%, and after three months - 55%. Whereby? The media, or rather the TV.

Radio and television play a huge role in today's psychological warfare. I will emphasize right away that among the many Russophobic channels of Russian television, there is not a single Russian, and among the TV channels of Ukraine only two are citizens of this country. Now let us remember how, in the times of the dismantling of the Union, everyone hurried to the TV and listened to the “magician” or the next television series. As now, they are listening to various political scientists, party members, human rights activists, still looking at "soap series".

The condition of watching a television series is fully consistent with the conditions of the hypnosis session. A person sits in an armchair relaxed, his gaze is fixed at one point. Within a few minutes, a trance state is achieved, the gate of suggestibility opens. After that, it is possible to influence the visual and auditory analyzers, to influence mainly emotions, will, and consciousness.
Particularly, party members and political scientists, acting on emotions, cause a negative attitude to something, an effect on the will turns out to be paralyzing, causes a sense of meaninglessness of any actions. Memory is clogged with secondary, poor-quality information, which causes a decrease in the level of thinking. All these influences are aimed at the destruction of the basic moral principles, the change of value orientations. When the robbery of the country is issued for "democratic reforms."

Generally in modern Western propaganda methods of psychological treatment of a person very much. Nowadays, American scientists D. Bell, E. Fromm, D. Risman, D. Martindale, G. Markuze are engaged in the problems of manipulating, according to Hitler, the “theory of big lie”.
I will give several methods used in psychological warfare. The method of “shifting concepts”, when a bunch of garbage is considered a work of art, and slave labor on the owner - free will. In addition to attracting “authorities” and “eyewitnesses” to any events, myth-making techniques are used, especially in history - a direct lie in the form of assumptions, opinions, etc. There is a “tale of everyday story” reception, if you need to accustom people to violence of any kind, then a good-looking presenter with a calm face and even voice, as if walking around, he reports daily about the most serious atrocities.

After a few weeks of such treatment, the population ceases to respond to the most heinous crimes ....
As a result, according to the research center "Empathy", conducted research in the center of Ukraine, we have a sad fact: among the generations that grew up on television, only about five percent have abstract thinking, have the skills of analysis and synthesis, and develop independent judgments. The rest of the mass in everyday life focuses on addressing the digestive and sexual needs. When discussing any problem that goes beyond the kitchen subject, phrases and definitions heard in the media are used.

The majority of the brain has become the keeper of stamps and stereotypes, which are reproduced in the form in which they were received. The process of processing information is missing. Julia with a scythe and a thousand - the main argument. TV became an appendage of the brain of "independent Ukrainians", taking on the function of thinking and developing a world view. Mental degradation of the “independent” is manifested in the general decline in the level of culture, morality, the return of people, especially in the “cradle of the nation” - the village, to primitive forms of behavior, connected speech is replaced by interjections, interspersed language, and theft and prostitution become honorable.

Today, psychology is the most vulnerable place for people living in the plundered Ukraine. Its citizens, and indeed as Russia does not understand, that if they do not go against them weapons in their hands, the weapons of lies and slander from the “boxes” and “basins” are much worse than the Colts and the Mauser. The result of psychological treatment is the complete degradation of the people, the transformation of their countries into a raw materials appendage. Posners, shusters, bedrosovich, Svanidze and Yavoriv are not inferior in their striking power to Chernobyl, the nuclear shield does not help ...

Where is the way out?
You can talk about programs to protect the Russian language, support for Patriarch of Moscow and All Russia Kirill and his defense of moral laws ... Without detracting from the meetings of Presidents Obama, Medvedev and Yanukovich, and their lists on the fields of "nuclear agreements", I will offer my own: Russian Channel with Russian edited in Russia! .. For 150 millions of Russians and 300 of millions of people who speak Russian, not Russian-speaking Russians, but at least one RUSSIAN