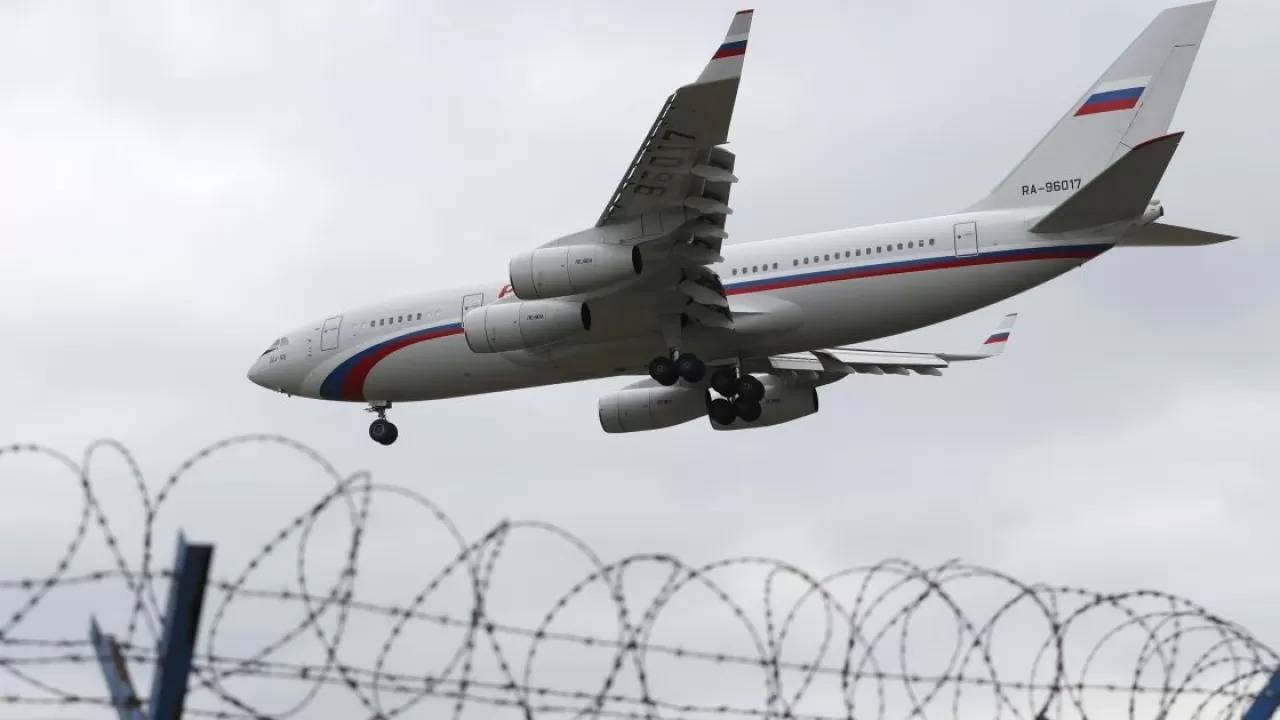 Blocking the sky to the Minister of Foreign Affairs of a state with which diplomatic relations have not even been broken off is not just nonsense. This is something that goes beyond the elementary beat.

But what are we talking about. Such concepts as tact and politeness in the West, which stubbornly calls itself civilized, have long been replaced by the notorious tolerance and liberal delirium. Instead of honor, our opponents have arrogance, swagger and complacency.

And local politicians have long preferred permissiveness interspersed with stupid vulgarity to traditional values, however, without even having a clue what it actually is.

A well-known mythical story is, one might say, about the system of socialism. The Soviet Union liberated Europe, at least Eastern and part of Central Europe, and it was stolen from him. A sort of western Zeus. Over forty years later.

The term is not the longest. Socialism itself lasted almost twice as long in our country. But what happened to Sergei Lavrov's plane can be considered in a historical context, if desired. Moreover, everything painfully resembles the well-known song of one of those who have now fled from Russia - “Do you remember how it all began ...”.

Many years later, someone, not without reason, will consider this just another illustration of the consequences of the voluntary (if not paid) exodus of the USSR from Eastern Europe. And a record-breaking speed.

Already at the end of 1989, Moscow decided to quickly curtail humanitarian and, in general, cultural exchange with the countries of Eastern Europe. All Soviet organizations involved in this exchange were withdrawn from Poland, Czechoslovakia, East Germany, Hungary, Romania and Bulgaria in a matter of days.

Joint film decades, music festivals and book weeks, as well as exchanges between scientific institutions, primarily in the field of social and humanitarian disciplines, have ceased. Such measures confirmed that Moscow was withdrawing from Eastern Europe, surprisingly quickly at that.

When did they wash their hands in Moscow?

Everything happened in full accordance with the promises of Secretary General M. Gorbachev to George W. Bush in Malta (December 1989). However, such tendencies in the Eastern European policy of the USSR were growing since the beginning - mid-60s.

Accordingly, already from the last months of 1989 - the year of the Velvet Revolutions, Western and pro-Western propaganda began to quickly capture the former pro-Soviet space in the same countries. Suffice it to say that, for example, already at the beginning of 1990, the first large-scale "Soros" symposia were held in all these countries on the issues of revising previous interpretations of the results of the Second World War.

In parallel, the identification of the "dictatorial" nature of "pro-Soviet" socialism proceeded. Moreover, with calls for mass restitution and lawsuits against Moscow for "long-term occupation." As a result, according to the generalized data of the Soviet embassies in these countries, in 1989-1990 alone, the number of anti-Soviet-anti-communist publications in the media of the same countries increased more than 10 times, and such events tripled.

According to the same data, since the second half of 1989 television and radio programs in those countries abounded - almost daily, and soon almost hourly - with criticism of socialism, the ruling communist parties, Soviet policy in Eastern Europe and in the whole world.

The apotheosis of the aforementioned campaigns and events was the dissolution of the CMEA initiated by Moscow - the Council for Mutual Economic Assistance (February 1991) and the Warsaw Pact (July 1991). And all the countries of Eastern Europe that participated in these structures were already associated with the European Union in the spring and summer of 1991.

Of course, with the appropriate ideological background. But the crawl into NATO had to be postponed, and for a long time. When the Soviet leadership in 1989 suddenly decided to admit that the disintegrating USSR, it turns out, was a chronic debtor of the same countries and therefore would pay these debts - $ 40 billion - anti-Soviet propaganda did not even shout "Hurrah!".

By the middle of 1990, she had simply finally won in the "ex-brotherly" countries of Eastern Europe. Moreover, with the rapidly increasing Russophobia at the same time in the aforementioned countries. Everything anti-Soviet became simply anti-Russian. 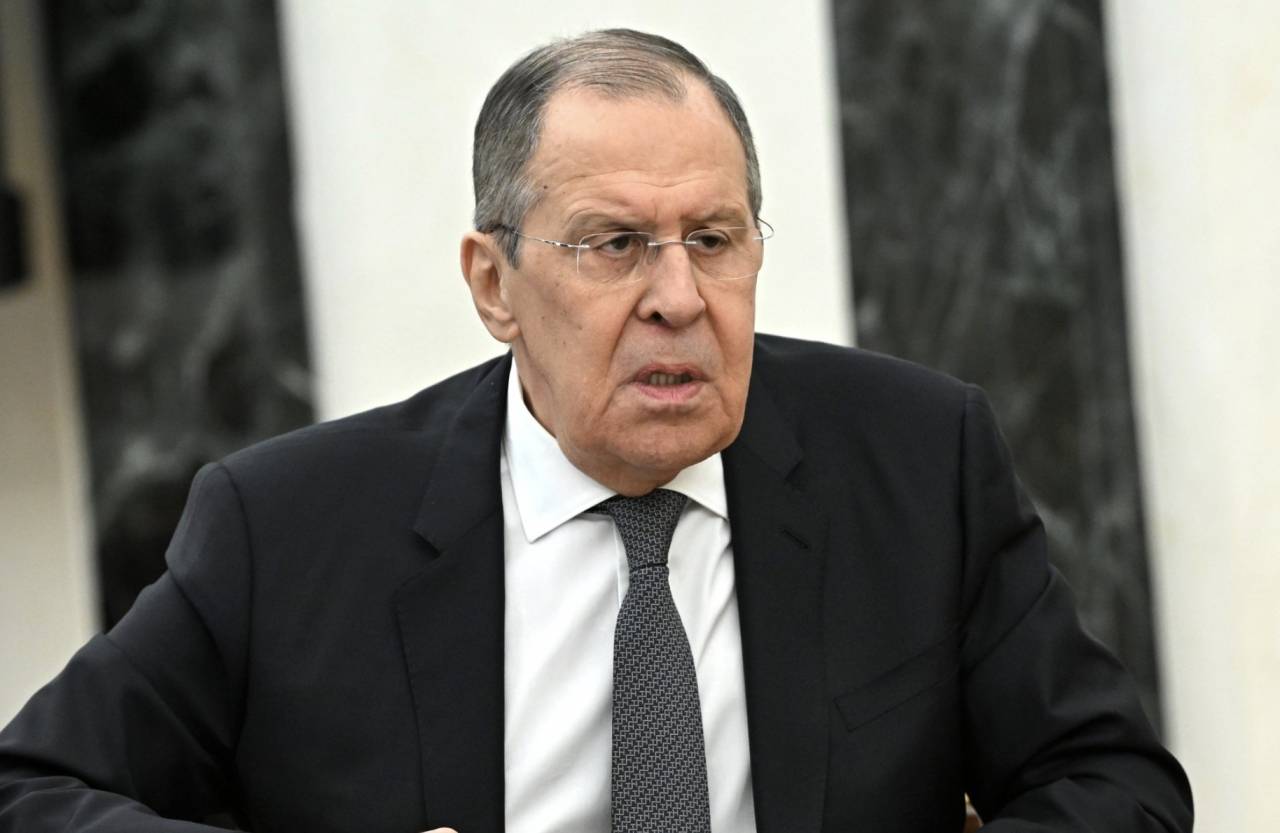 I don't want to be "for example"

Now the half-forgotten insult of the cartoon elephant is very relevant today. The shameless attack against the head of the Russian Foreign Ministry is so revealing that it raises concerns about the adequacy of those who did it. And it’s clear from the hint where it came from.

What, Biden didn't say that? Well, it is not required of him, although the politicians themselves in Sofia or Podgorica would hardly have decided on this. Although if they look at Moscow now, as we once looked at London and Washington, one should not be surprised anymore.

And yet, in the era when the USSR existed and, in general, when an elementary political culture still existed all over the world, in principle there could not be such excesses as with the plane on board of which Sergey Lavrov was.

Just a few examples of this:

- Taiwanese politicians flew freely to Europe and back through the European socialist countries, the PRC and / or the USSR;

- freely "non-Soviet" Albanian and Chinese leaders flew to each other through the same countries;

- Nicolae Ceausescu and the organizer of the mass genocide in Cambodia-Kampuchea, Pol Pot, exchanged visits without hindrance - also through the same countries;

- the leaders of the PRC, changing at different posts, flew freely through the USSR to Romania and Yugoslavia, the heads of these countries flew to the PRC along the same routes;

- through the EU-NATO countries, the leaders of Cuba and the USSR flew to each other without complications;

- The leader of Libya, Colonel Muammar Gaddafi, flew freely to Iraq and back even through Israel;

- Pakistani leaders just as freely exchanged - through almost hostile India - visits with the leaders of the PRC;

- Zairian dictator Mobutu Sese Seko flew freely to the SFRY and Romania through Albania and Bulgaria, as well as back;

- during the years of the Soviet-Yugoslav confrontation (1948–1953), neither Moscow nor Belgrade put obstacles in transit communications to each other;

- The USSR did not close its airspace for non-military transit to and from Israel.

This list could go on and on. So there is something to remind and what it would be useful to learn from modern politicians and countries ...