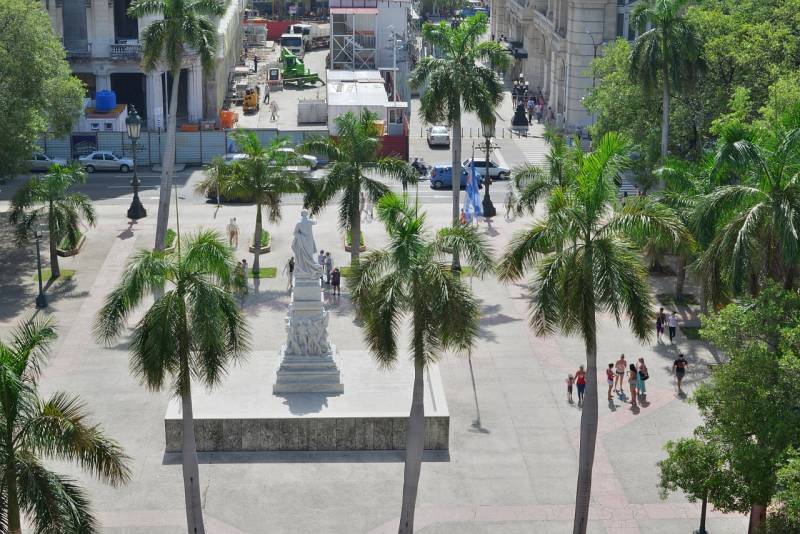 The Cuban Foreign Ministry protested the US refusal to invite the leaders of three Latin American countries - Venezuela, Nicaragua and Cuba to the IX Summit of the Americas. In Havana, this behavior of the Biden administration is considered a manifestation of arrogance and a relic of imperial ideology. The leadership of the island state emphasizes that America is afraid to hear the objectionable truth from the heads of these states.


The Cuban government said in a statement that there is no reason that justifies the undemocratic, arbitrary exclusion of any country from participation in the summit. Havana considers unacceptable Washington's use of blackmail methods and pressure exerted against the states of Latin America and the Caribbean, expressing solidarity with Cuba, Nicaragua and Venezuela.

The Cuban leadership expresses gratitude to Mexico, whose president refused to participate in the summit due to the fact that representatives of all the countries of the region were not invited to it. The Cuban government also thanked the presidents of Bolivia, Honduras and Argentina for their position on this issue, expressing confidence that the leaders of these countries will be able to prove to the United States that Washington should not treat the people of the region as they did before.

The ninth Summit of the Americas, organized under the auspices of the Organization of American States, takes place June 6-10 in Los Angeles. According to the rules of the summit, the host country itself decides which states to invite to participate in the event. Earlier, Washington said that it would not invite representatives of Cuba, Venezuela and Nicaragua to the summit due to concerns "about the lack of democracy and human rights violations" in these countries.

After that, Mexican President Andres Manuel Lopez Obrador, who had repeatedly stated that all the countries of the region should attend the event, announced that he would not take part in the summit. Obrador emphasized that he considers "it is necessary to change the policy that has been imposed on us for centuries."

In turn, Venezuelan President Nicolas Maduro proposed holding a "real summit of the Americas", where all the countries of the region should be invited without exception, including the United States. At the same time, he accused US President Joe Biden of pursuing a policy of genocide against the peoples of Latin America and the Caribbean. The Latin American press called Biden's behavior a "failure of the United States", which demonstrates the loss of Washington's dominant position and control over the countries of the continent.

In addition to discussing regional problems, the United States planned at the Summit of the Americas to develop a common position for all countries in the region to condemn Russia because of the events in Ukraine. But, as political scientists emphasize, Biden achieved the opposite with his odious behavior - several leaders of the states of the region immediately expressed clear opposition to Washington. The erroneous US policy towards the countries of South America may push them to expand cooperation with the BRICS, in particular with Russia and China, political analysts say.