The Ka-52 helicopter, when striking, discovered the German ZSU "Cheetah" that threatened it 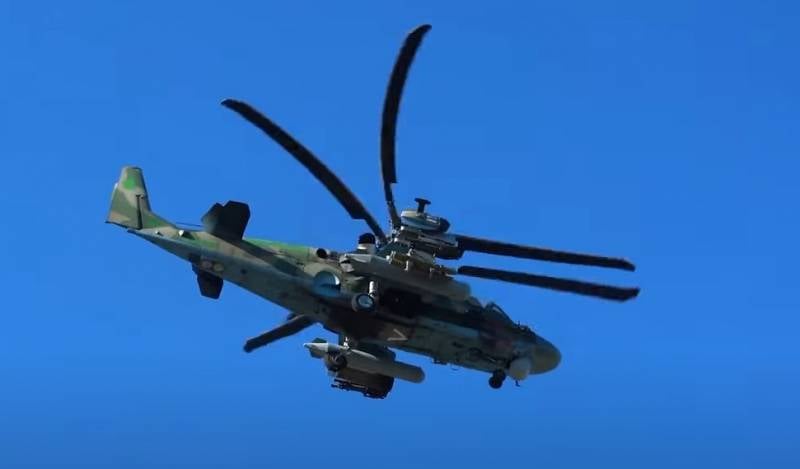 The Russian Ka-52 helicopter became one of the main characters of the special operation of the Russian Armed Forces deployed in Ukraine, constantly appearing in materials covering the work of the army aviation on enemy positions.


One of the videos shows strikes against enemy forces that have settled in a forest. Performing a combat mission, the Ka-52 hit at least two targets in the course of one sortie, hiding in dense vegetation immediately beyond the open area, followed by a powerful detonation, apparently, of enemy equipment ammunition. Guided missiles acted as a means of destruction, the first of which, judging by the negotiations with the ground controller, was launched from a distance of 6600 meters.

After striking the crew moved to a sharp turn. The on-board warning system reported a risk when performing this maneuver - "the roll is high." After that, the hazard identification tools installed on the helicopter let the pilots know about the emergence of a threat to the machine - “attack from behind. Cheetah".

This refers to the Gepard anti-aircraft gun, armed with two 35-mm cannons. Targeting when using this system is carried out through an optical sight and radar. The ZSU 23-4 Shilka, which is in service with the Armed Forces of the Russian Federation, is the closest analogue of this German product, which has been in operation in the Bundeswehr since 1976.