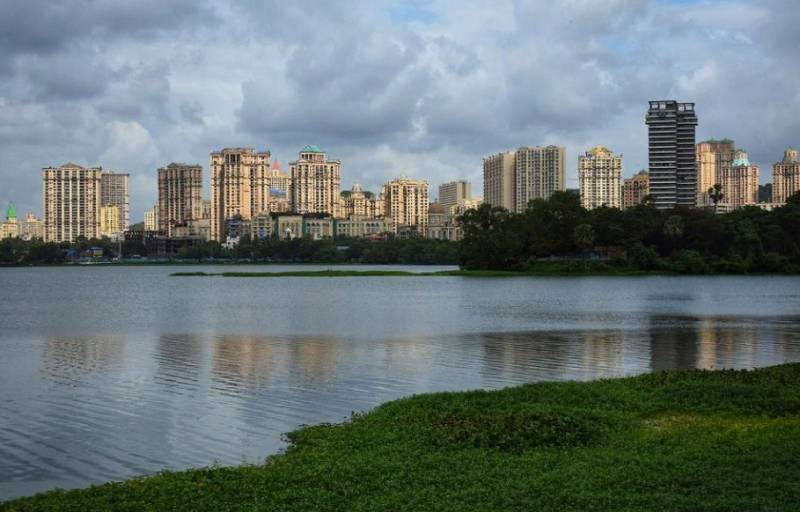 In the south of Mumbai, by the end of 2026, they plan to build a 62-storey skyscraper, which will house 220 Indian Navy officers who serve at the Nagar (Colaba) base. This is reported by the Indian media with reference to the tender published by the Indian Ministry of Defense.


The start of work on the construction of the tallest building in the country for the needs of the military department should begin in August-September of this year. The project, which is estimated at 270 million rupees, according to the plan, will take 4 years.

The Indian Ministry of Defense reports that 62 Navy officers, from lieutenants to senior commanders, with their families, will be able to get housing in a 220-story comfortable skyscraper. This project aims to solve two problems at once. First, to provide family servicemen with housing. Secondly, to organize the permanent presence of naval officers in the immediate vicinity of the naval base.

According to the project, on each floor of the building there are 4 three-room apartments, each with a servant's room. For India, the presence of servants for the families of officers is a common thing, given the caste system in society. In addition, the facility includes a two-level lobby with a waiting area, high-speed elevators with enhanced safety features, a modern fire extinguishing system and parking for 252 cars.

The new building for the Ministry of Defense will be erected in one of the most expensive areas of India. The decision in favor of the high-rise was made due to the lack of land in the south of Mumbai.