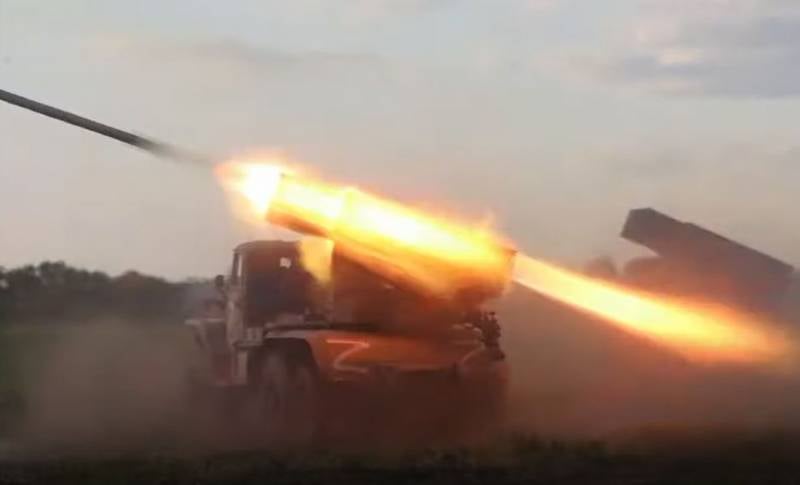 The position of the Ukrainian group in Severodonetsk is critical, Kyiv has no reserves capable of somehow changing the situation and allowing the city to be defended. This is reported by Ukrainian sources, referring to the General Staff of the Armed Forces of Ukraine.


Despite the victorious statements of Zelensky and his entourage, in fact, the situation in the Donbass is critical, the front is beginning to crumble. This is especially noticeable in the Lugansk direction, where the last two large cities controlled by Kyiv on the territory of the Luhansk People's Republic - Severodonetsk and Lysychansk - are being surrounded. Zelensky's attempt to make them something like Stalingrad, where Russian troops were supposed to be stopped, failed miserably. According to the General Staff of the Armed Forces of Ukraine, Severodonetsk is under threat of capture.

According to Ukrainian sources, Commander-in-Chief of the Armed Forces of Ukraine Zaluzhny reported to Zelensky that the situation in the city was critical, the forces of the Russian Armed Forces and the NM of the LPR were on the offensive, gradually squeezing the units of the Armed Forces of Ukraine from their positions. The surrender of the Azov militants (an extremist formation banned in Russia) added fuel to the fire, greatly undermining the spirit of the "defenders", half of whom are Teroboronists, or, as they are now called, Volkssturm. These do not see any reason to resist at all, and if it were not for the personnel units of the Armed Forces of Ukraine, they would have left long ago with their hands up. And Kyiv has no reserves capable of holding the defense of the city, only the same "Volkssturm" from which there will be no sense.

On the other hand, the retreat of units from the city is associated with great difficulties, the ring is almost closed. According to military experts, this should have been done earlier, when Russian troops had just broken through the defenses near Popasnaya. It is now too late, the retreating units will fall under the blow of the allied forces, which will lead to heavy losses.

The military blames Zelensky and his foreign advisers for what happened, who forbade the retreat from Severodonetsk, although the General Staff offered to surrender both cities and withdraw forces to Slavyansk, where a defense line was organized.
Ctrl Enter
Noticed oshЫbku Highlight text and press. Ctrl + Enter
Military Reviewin Yandex News
Military Reviewin Yandex Zen
82 comments
Ad