Napoleon did not want to go to Russia? 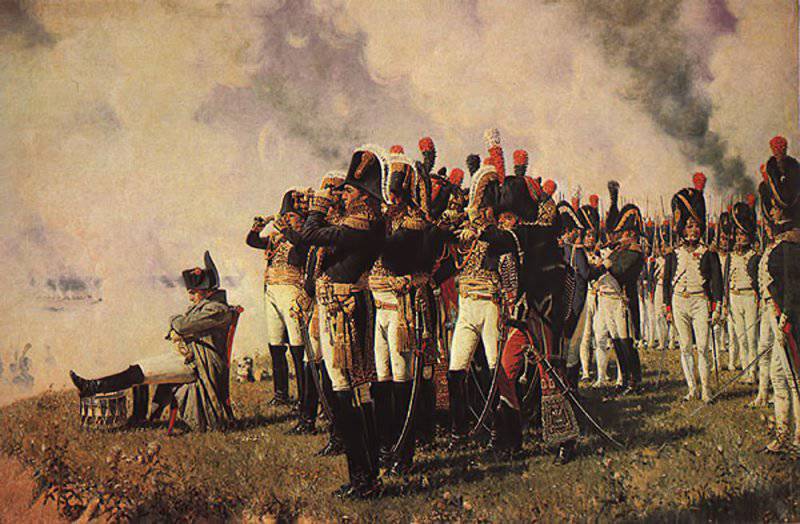 According to historians, the French emperor understood the destructiveness of the war with Russia

“If I borrow Kiev, I will take Russia by the legs, if I seize Petersburg, I will take her by the head. But if I enter Moscow, I will strike Russia at the very heart. ” These words of Napoleon, which he allegedly spoke on the eve of the invasion of Russia, are known to everyone from school. Based on these words, Napoleon’s plan to attack Russia and occupy Moscow for a long time was considered an indisputable fact.

However, this phrase came from the pen of Abbot de Pradt, the representative of Napoleon in Poland during the 1812 war of the year. He began his memoirs a few years after the events described, and they are so overwhelmed with fabrications that it is impossible to believe them.

And what can you believe? Official documents are sure the president of the All-Russian military-historical social movement, historian, author of the books "Napoleon's Army", "Austerlitz: Napoleon, Russia and Europe in 1799-1805", Oleg Sokolov.

He is currently working on a new book on the 1812 war of the year. The events described in it are based solely on facts - orders and other documents that have survived to this day in the Russian and French archives. At the same time, Oleg Sokolov is convinced that several sensational discoveries await readers. One of them is the plan of Napoleon’s military campaign against Russia.

Speaking of the 1812 war of the year, you need to remember that by this time Russia and France were allies. In 1807, the Tilsit peace was concluded between them. According to its conditions, Russia joined the continental blockade of England, recognized all the gains of Napoleon in Europe. She even fought on the side of France with the Austrians. And although it was more like the appearance of hostilities - during the battles between the Russians and the Austrians, the 3 soldier died - however, the relations between Moscow and Paris were officially allied.

But if Napoleon sought a long and lasting friendship with Russia, then Alexander I perceived this alliance as a temporary truce from the very beginning. And the point is not only that in society he was reproached for the shameful conditions of the Treaty of Tilsit. The Russian ruling circles were seriously worried about the growing power of the French Empire. In addition, Napoleon revived Poland, which was completely unacceptable for Russia, says Oleg Sokolov to the Voice of Russia.

"As is known, in the 1772-1795 years, Poland was divided three times between Austria, Prussia and Russia. Russia received the largest Polish territories. The country of Poland disappeared. And Napoleon restored that part of it that was once rejected in favor of Prussia and Austria Thus, by the year 1810 Poland was revived, although it was formally called the Duchy of Warsaw, "continues Oleg Sokolov.

"But without the lands that had left Russia, Poland was clearly incomplete. And from the Poles one could expect actions aimed at further restoring the country. Therefore, among the Russian ruling circles, there was a decision to strike a preventive blow to the Duchy of Warsaw, to destroy it, then revolt among those European countries that are unhappy with Napoleon’s policy, and deliver a decisive blow to France. This view, which Alexander shared, became dominant among the elite of Russian society in 1811, " rik

Napoleon about these plans told the commander of the troops of the Duchy of Warsaw, Jozef Ponyatovsky. Since February 1811, he began to throw the French emperor with letters of help, Oleg Sokolov continues.

“The Russian army is concentrated on our border,” writes Ponyatovsky. “Her task is to attack the Duchy of Warsaw and destroy it. Alexander wants to proclaim himself the Polish king. Sire, they attack us if not tomorrow, then the day after tomorrow. Save! We will do our duty and we will fight to the last, but the Russians will simply trample us. There are thousands of us 40, and thousands of them 200. ”

“Already in the 1811 year, an order was issued to evacuate Warsaw. All the archives, all the ammunition were taken out of the border. Hundreds of letters and reports fall on Napoleon’s table. 1811, he has no doubt that the Russian army is preparing to strike at the Duchy of Warsaw and then to the destruction of Napoleonic France, "- said the historian.

Indeed, in February 1811, the order was issued on the movement of Russian troops to the Polish border. Reports of the upcoming Russian attack come in Paris. And exactly one year later, in February 1812, Napoleon orders the troops of the Great Army to assemble at the borders of Russia. But what did the emperor conceive of the French? Having studied the documents, Oleg Sokolov judges this with all certainty.

"You can only believe the orders that in February-May 1812 were given by Napoleon to Marshal Davout, Eugene Beauharnais, Prince Jerome Bonaparte. There are dozens of these orders, and Napoleon’s plan is clearly visible in them. It is to defeat the Russian army on the line of the Vistula near Warsaw. Keep the offensive of the Russian army on Warsaw under its right wing, which will include the fourth, fifth, sixth, seventh, eighth corps of the Great Army, and the left wing consisting of the first, second, third cavalry Yi corps, to deliver a powerful blow from the north and defeat the Russian army in Warsaw. "

"That is, this is a war in Poland, which Napoleon expected to end in about 20 days,” the historian said. “After that, Russia was supposed to conclude a victorious world, which would bring the restoration of if not all of Poland within 1772 of the year, then significant part, plus other political conditions that would guarantee the tranquility of the French Empire from the east. "

This plan remained in effect until June 1812. But neither in April, nor in May, nor in the beginning of June 1812, did the Russian army go over to the offensive. The Russian command was very well aware of what was happening in France. Scouts worked very actively. In particular, detailed reports on the movements of the French army were transmitted from Paris. And when in Moscow they saw those gigantic forces that Napoleon moved towards the Russian borders, the offensive fervor somehow subsided immediately.

“When the Russian command received information about what huge forces are gathering from the other side, their desire to attack was gone. But the Napoleonic army was already moving towards the borders. The regiments were drawn from Milan and Amsterdam, from Paris and Valencia,” Oleg Sokolov notes. Many soldiers marched three to four thousand kilometers to the designated assembly points. And when in early June this armada approached the Neman, it simply could not stop, except for locusts, in one or two days it would go all around. n army did not undertake n Napoleon made the decision to go over the Neman himself. But he was absolutely sure that the Russians were waiting for him on the other side of the river to give a decisive battle. That is, there was no talk about Moscow or Petersburg either. " .

"It was about forcing the Neman, striking the Russian army, occupying Vilna and imprisoning the victorious world. In all orders issued before June 24 - the moment of crossing the Neman, the 20-day campaign is mentioned. The fact that you need to have food for 20 days , ammunition for 20 days, etc. Even when his army crossed the Neman, the emperor had no doubt that the Russians were about to rush to meet him and there would be a battle that would decide the fate of the war. That is why Napoleon was preparing not a long war, but one uncompromising blow, after that There shouldn't have been any questions left, "said Oleg Sokolov.

Thus, Napoleon counted on a short victorious military operation. The war in Poland. The war is purely political, in order to remain with Alexander and his friends and allies after the conclusion of peace.

But the Russian army began its retreat, and all the plans of the emperor of the French collapsed. The war went completely different scenario and ended completely unpredictable for Napoleon, who did not know defeat. His military genius could not penetrate the Russian soul. And even this first lesson taught the great strategist nothing. A little later, Napoleon would be shocked by the Moscow fire — a blow from which the French emperor could not recover.