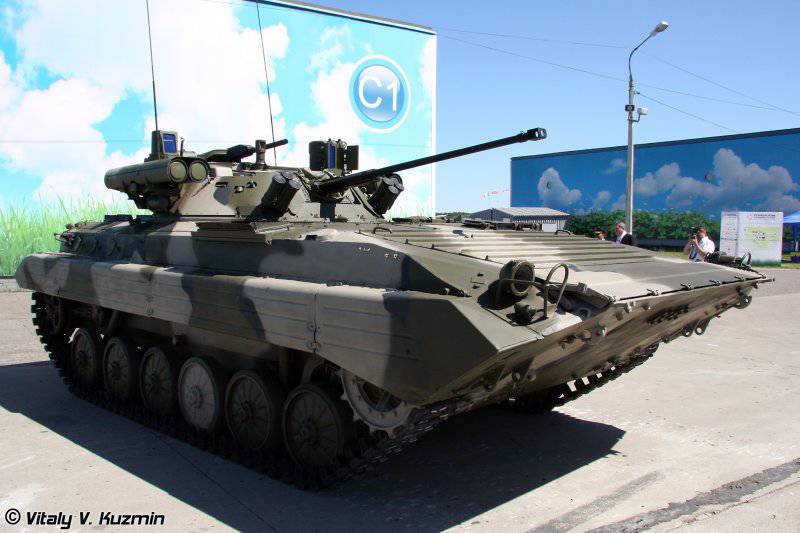 Tula Instrument Engineering Bureau 1 October turned 85 years. All his history, the development team of KBP confirms that in Russia there are enterprises capable of developing and producing competitive weapons.


As the press service of KBP OJSC reported, more than 140 of KBP developments have been adopted by the Soviet and Russian army. Today the whole world knows the Pantsir-S1 anti-aircraft missile system, the Krasnopol-M guided weapon system, the Bakhcha-U airborne combat vehicle with the guided missile system, the Berezhok infantry fighting vehicle, a multi-purpose all-daily high-precision long-range missile complex "Cornet-EM" weapon anti-terror, dvuhsredny machine gun and bullets to it and many other developments that came out of the walls of the PCU and have no analogues. The design of KBP in six main areas can satisfy the basic needs of the army, providing it with the necessary weapons.

The name of RAS Academician A.G. Shipunova, who has been in charge of the enterprise for more than 44 years, has become a brand, along with Tula weapons. It is the same age as the company and 7 will also celebrate its worthy 85 anniversary in November. He currently works as a supervisor of studies, still being a generator of new unique ideas.

The whole history of KBP is the way of finds, fair competition for the promotion of new unique developments. The technical solutions incorporated in the developments of KBP contain over 6500 inventions. Military products, manufactured by the company, favorably distinguish high technical characteristics, its main advantage is the criterion "price-quality". Work for the future - is one of the components of the success of the team. The enterprise conducts many R & D enterprises in an initiative manner at their own expense.

The enormous scientific potential - Shipunov’s unique scientific school, a good industrial base, a great foundation in the field of organization and testing - all this can be safely called the company's distinctive features.

Much of the walls of the KBP was done for the first time. For the first time, antitank-guided weapons systems were developed, which form the basis of the modern antitank defense of the ground forces. It was in the instrument design bureaus that the beginning of guided artillery shells in Russia. Here a whole powerful direction of rearmament of our army was defined - the creation of an armament complex with an automated fire control system and guided armament for lightly armored vehicles. A daring decision arose in KBP to combine rocket and cannon armament in a combat single machine using a combined radar-optical control system, common to both types of armament. KBP is still the world leader in the field of small arms and guns for various types of troops.