Representatives of al-Qaeda were mainly succeeded in ousting from the North Caucasus, said the head of the FSB of Russia 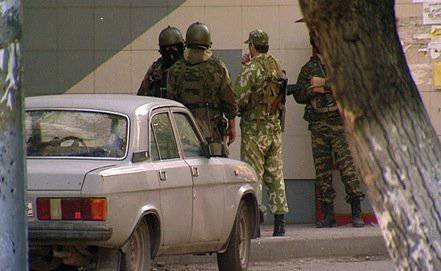 Thanks to active operations, as well as interaction with foreign colleagues, representatives of Al-Qaeda were largely able to push out from the North Caucasus. This was stated by the director of the FSB of Russia, Alexander Bortnikov, at the conclusion of an international meeting of the heads of special services, security agencies and law enforcement agencies - partners of the FSB of Russia.

“Recently, during the operational activities, a large number of Al-Qaeda representatives in the North Caucasus have been eliminated. Now they are taking an indirect part in the fundraising of the bandit underground, but this is an insignificant part,” Bortnikov said.

The director of the FSB of Russia also believes that, as if the information that Al-Qaeda representatives had organized forest fires in the territory of the European Union countries was not initially perceived, any intentions of its representatives should be taken seriously.

“It would not be sad, because words and deeds do not diverge, and this is confirmed by practice,” the director of the FSB said, commenting at the request of journalists on this part of his speech at the international meeting of heads of special services in Moscow.

He recalled that such information appeared on a number of extremist sites. “Therefore, we need to be ready for any development of events,” he noted.

On the eve of Alexander Bortnikov at the 11-th meeting of the heads of special services, security agencies and law enforcement agencies said that the international terrorist network Al-Qaeda switched to the burning of forests in European countries. “As a new trend implemented by Al-Qaida’s“ thousand injections ”strategy, forest burns in the European Union countries should be noted. This method can cause significant economic and moral damage without serious preliminary preparation, technical equipment and significant financial costs. In addition, the likelihood identifying secret services arsonists is minimal, "- said the director of the FSB.

According to him, "instructions on the organization of forest jihad, placed on extremist websites and forums, including recommendations on arson sites and methods of hidden waste," testify to the purposeful nature of this activity.