About social selection or where this world is heading 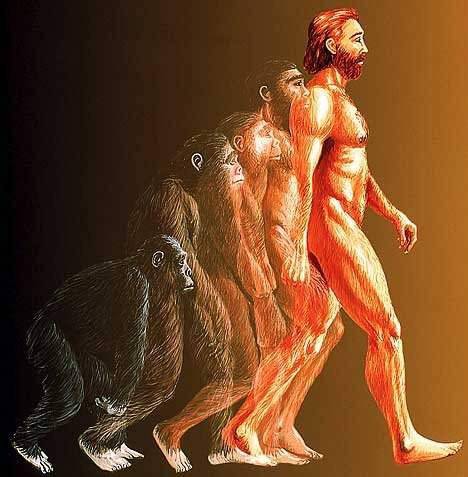 Let's talk about social selection. Immediately, we note that talking about social equality as a real phenomenon is pure utopia. Social differences arose at the dawn of the formation of society, still in the primitive communal system, and was not stories humanity is no example when such differences did not exist. Social distinction is the inevitable consequence of the division of functions and labor in society. Someone sows, someone bakes bread, someone makes plows, someone protects society, and someone controls this single organism. This is a given.

So only mankind has come across this reality, a banal question has arisen, what about sharing according to social clusters? It seems like everyone has 1 head, 2 arms, 2 legs ... etc. And the second question that has arisen is how to evaluate the contribution of each of the participants in the social system and to allocate for it a share of the result of total labor.

Actually, the whole history of our society is based on the search for answers to these basic 2 questions. And this is not just a search. This is a consistent movement from simpler to more complex forms that, solving the problems of earlier answers, provide the basis for the qualitative growth of the social system, but also over time set new problems and limits for growth.

These criteria replaced themselves for a reason. The transition from one criterion to another was carried out together with the growth of the size of society, and, consequently, of its complexity. The criterion of power that worked in small tribes was logically replaced by kinship, when several tribes united into a state, which in turn was logically replaced by the criterion of ownership of the means of production, when the agricultural population began to massively move to the cities, creating the prerequisites for the industrial revolution.

So far, all of the above is fairly obvious and well-known, although many are trying, in times of crisis, to turn to outdated approaches, idealizing the past, and ignoring the aspect that the fact of the changes that have been accomplished speaks about the loss of the former adequacy criteria.

It is very important to note that there is an unambiguously clear correlation between the size and complexity of society and the social selection criteria used in society. That is why, all lovers to look for answers in the "good old" begin to build this "old" in the outback-village. The insoluble problem here is that only within the framework of such small social units is this possible. The correlation between the principle of organization of society and its complexity of organization is a given! Here we can remember both the Old Believers and the modern neo-pagan sectarians ... times change, and the principle of regress is unchanged.

Modern society is approaching a completely new stage for it - the global unified social system. Its complexity of organization is qualitatively different from the state system. There are 2 extremely important aspects: the population size aspect and the absence of competing societies. This sets completely new standards of social organization and naturally requires a new principle (criterion) of social selection (division). The failure of the US to build a global planetary system, guided by its old principles, confirms the validity of our conclusions. Below we will return to this issue.

We note another very important detail. The criterion of social selection does not just carry out such a selection, but at the same time acts as a development factor for this criterion. This is the most important postulate, which is not so obvious and not so well known, but it is his understanding that gives us the most serious tool for further work. In simple terms, if the criterion of social selection is strength, then all members of society train strength. If kinship, then everyone is looking for a way to get into a well-born family through a dynastic marriage. If the means of production, then the activity of each member of society is focused on production activities.

Catch the connection? In fact, if you dig deep, it turns out that each stage of the development of society does not simply correlate with the level of complexity of social organization, but at the same time solves some significant social problem, making it irrelevant for future generations!

As you can see, everything is quite simple. There is a certain logic of the development of society, which cannot be replaced, since it is holistically connected with the size of society, the complexity of its organization, the key constraint of further growth, the surrounding conditions of society, the level of cultural development.

And now quite briefly about the requirements of the present time. The holistic conditions of modern society obviously set the criteria for social selection of personal qualities. Our society finally came up against the problem of distribution. Production capacity is at such a level that, with proper inquiry, can provide almost any reasonable level of consumption, but the concentration of the means of production is such that only a small group of people can be consumers of such goods. We quickly found a solution through the creation of an information space, which becomes the main sphere of labor and at the same time the method of distribution of wealth. However, we have already noted that the phases of development of society are integral for a number of factors. And this means that the criteria for social selection should undergo qualitative changes. Based on a new key area of ​​activity, we can easily define it - this is the ability to process information. And here we are talking about the creative aspect. In practice, this means a transition from Knowledge to Awareness. That is, the key social quality is not the possession of static knowledge, but the presence of a complex of skills for its analysis, processing and creative creation. Such an ability cannot be the result of memorization, it can only be as a certain mental psychological ideological personality paradigm (integrity).

We note a very important new quality: the selection for personal qualities is qualitatively different from previous systems in that it is an intrapersonal, rather than a social criterion. This change increases the importance of the current moment, makes new demands not only for the selection criteria, but also for its tools. Any career models that have proven themselves in the past become irrelevant here. The fact is that while we were evaluating social achievements, the formal tick criteria made sense. Effectively doing your job - got a tick, earned a large amount of money - got a tick, showed dedication to the boss - got a tick, served in the army - one more tick. These checkboxes create your career history, and all your efforts are aimed at obtaining these checkboxes. However, this approach is not acceptable when we try to evaluate the inner personal qualities. After all, if we try to assess intrapersonal qualities through a tick, then, firstly, we will not be able to get a reliable assessment, and, secondly, we develop the ability to receive a tick in a person, but not the required qualities.

Is the principle simple, does the selection system need a tick? - we get a tick, the selection system is focused on the quality of the individual? - develop personality traits. This is a qualitative system difference! That is why we constantly talk about the need to build root structures, which should be a union according to the mental, personal similarity, and not according to any external social criteria that will select people like themselves by personal qualities and be the supplier of such people to society. Such structures can become the basis for a qualitatively new system of social selection and at the same time develop significant qualities and skills for modern society.