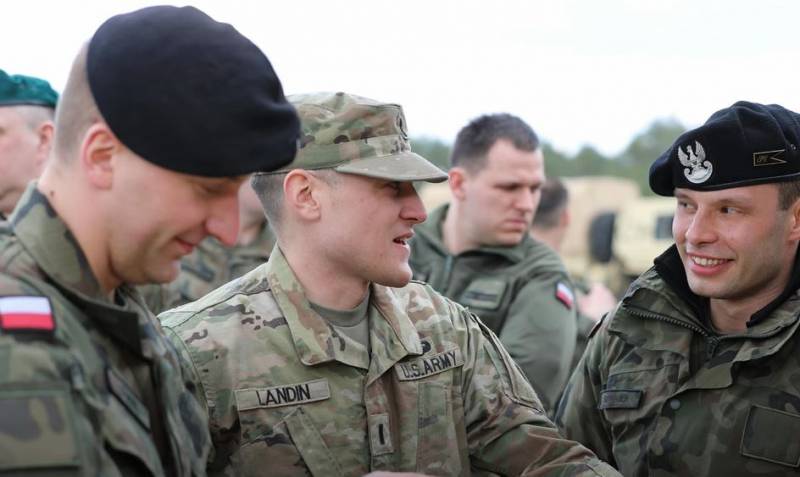 The Polish military is actively involved in the battles in Ukraine, and we are not talking about the so-called "volunteers", but about mercenaries and military personnel. This was stated by the Polish political scientist Konrad Renkas.


According to the expert, Poland has long been involved in hostilities on the territory of Ukraine, of course, on the side of Kyiv against the Russian army. And these are not volunteers who went there at their own peril and risk, but regular military men sent by Warsaw and mercenaries. Moreover, the number of foreign military in general and Polish in particular will only grow, as more and more Western weapons are supplied to Ukraine, but they will not shoot and drive by themselves. It is easier to send already trained military personnel from NATO countries to Ukraine than to retrain Ukrainian ones.

It is known that citizens of the Republic of Poland are already fighting in Ukraine, and these are not demonstrative volunteers, but mercenaries and military men sent there on orders. The participation of foreigners in the conflict will grow - after all, technology and weaponsent in bulk to the Kyiv authorities will not shoot themselves
- said the political scientist.

Renkas stressed that Ukraine has become a hostage to the situation in which it acts as a battlefield for the collective West against Russia. Under normal circumstances, he believes, the war would have ended long ago with the complete surrender of the Ukrainian army, as Russia knocked out the entire military infrastructure and destroyed supply lines. But the thing is that Kyiv is under external control and the pumping of weapons comes from outside, and there the resources are almost unlimited. Ukraine is being sacrificed, turning it into a battering ram with which the West wants to hit Russia. The war in Ukraine will be fought to the last Ukrainian soldier, because the Ukrainian authorities are just puppets of the West, following all orders.

(...) the tragedy of the Ukrainians is that in this situation, hostilities can continue until the last Ukrainian soldier sent to the front in the criminal plans of Kyiv and the West. However, even then Ukraine will not cease to be a battlefield, because the Poles, Canadians, British and others will continue to fight in Ukrainian uniforms, just to support this blazing fire (...)
- added the political scientist.
Military Reviewin Yandex News
Military Reviewin Yandex Zen
71 comment
Ad