Syria fights with the barbarians, and Carl del Ponte does not have enough of one killed leader 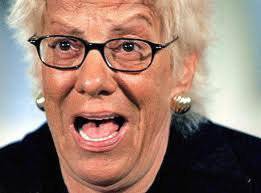 Terrorists operating in Syria have committed another barbarism. In the city of Aleppo, they burned down the Sukk al-Medina market, built during the time of Alexander the Great. This huge covered market was one of the historical monuments under the protection of UNESCO.

However, the leadership of UNESCO was afraid to openly condemn the barbarism of the Syrian "opposition" and issued a statement in the spirit of "Now we will figure it out properly and punish anyone horribly." In general, the blame for the destruction of the historical monument rests equally with the Syrian government and the barbarian terrorists with whom Syria is fighting.

After such a tactic, the "opposition" in Aleppo suffered on 70% the historical part of the city, and on 30% new residential neighborhoods ...

... A woman, a resident of Aleppo, distributes apples to Syrian soldiers. Citizens residing in the city welcome the army that liberated their districts. Street after street, quarter after quarter, the Syrian soldiers are clearing the long-suffering city. Everyone thanks the army that saves people from the barbarians.
The Sukk al-Madinah market is not the first historical monument damaged. Barbarians steal artifacts from ancient Palmyra.

Director of the Department of Antiquities and Museums of Maamun Abdel Kerim said that antiquities are the wealth of Syria, which is even more significant than the oil and gas reserves of other states. Of course, Syria has previously faced the problems of illegal excavations, but today the country has an international mafia, which recently profited from stolen artifacts from Iraq and Libya. Kerim stresses that these are experienced criminals who are well aware of where and what to look for. Removal of artifacts is carried out through the Turkish and Jordanian border.

Thus, in the city of Hama, during the atrocities of the "oppositionists" barbarians, a golden statuette of an Aramaic king, which dates back to 8 BC, was stolen from the city museum.

Abdel Kerim also stressed that stopping this process is possible only by winning a battle with terror.

In addition, the militants damaged the Roman amphitheater in Bosra, crusader fortresses such as the “Krak des Chevaliers” and the Aleppo Citadel, a Christian monastery in the Seydnay.

Barbarians continue the bloody excesses not only against the monuments. but - the worst thing - against the people. So, on September 30 they attacked the peaceful village of Al-Haydariya in the province of Homs, bombarded it with mortars and machine guns. 17 man was killed. A few more were taken hostage. Militants also looted the homes of local residents.

At a meeting of the UN Human Rights Council, an anti-Syrian resolution was adopted, which deliberately silenced the crimes of the militants, but all human rights violations were, of course, entrusted to the Syrian authorities. Russia, China and Cuba voted against this false document, but it was adopted by a simple majority. In addition, the commission to investigate human rights violations in Syria will include the well-known Carla del Ponte.

This commission was established in September 2011, and the Human Rights Council has now extended its work until March 2013. The representative of Syria called it a tendentious decision that only benefits al-Qaeda because its report was extremely one-sided and biased, accusing only one side - the leadership of Syria.

Speaking at the meeting, the chairman of the UN Human Rights Council, Laura Lasserre, said: "I propose to strengthen the commission with two new members: Carla del Ponte and Vivit Muntarbhorn."

For the latter, this is the former special rapporteur on human rights in the DPRK. Apparently, by his activity against the Korean people, he earned himself a new position.

As for Carla del Ponte, she headed the prosecutor’s office of the so-called “Hague Tribunal”, engaged in “investigating crimes in the territory of the former Yugoslavia”, from 1999 to 2007, and then, from 2008 to 2010, was Ambassador of Switzerland to Argentina. Her mandate ended in retirement.

And now this mossy pensioner is dragged into the light of God and set to deal with the Syrian issue.

Let's go back to 12 years ago. Bleeding is torn apart by some countries by Yugoslavia, with the full connivance of the rest of the "world community."
Yugoslav President Slobodan Milosevic struggles to make titanic efforts, trying to save the country. But the Hague Tribunal issues a warrant for his arrest - and after the successful “bulldozer coup”, carried out according to the western scenario, under the threat of NATO bombardment - the President of Yugoslavia is arrested. Further, in violation of all laws and moral norms, he was extradited to the so-called "Hague Tribunal", which was then led by Carla del Ponte. Oh, how the furious procurator rejoiced!

Slobodan Milosevic, after 5 years of torment in the dungeons of Mrs. Del Ponte, died ... It was then that the prosecutor and was removed from her post.

But now this old vampire was again taken from the dusty shelf of modern history. And, dear readers, let me doubt that, in relation to the President of Syria, this old lady has more friendly intentions ...

Not only one destroyed leader! Of course, she sometimes does not mind playing "objectivity." For example, in regard to Kosovo, she even babbled something about the crimes of Albanian terrorists. She even published a book in which she confirmed that Albanian gangsters abducted people and cut organs out of them for subsequent trade. But after all its affairs are such that these Albanian gangsters are now in power in the pseudo-state of Kosovo - in the territory, split off from Serbia in violation of UN Security Council resolution 1244. And President Milosevic, who fought with these gangsters, is murderously murdered and rests in the family crypt in the town of Pozarevac ....

Why does this lady charge the Syrian question?

Maybe sometime later she will write about 17 people killed by militants and burned historical and cultural monuments - but now she is clearly going to engage in anti-Syrian activities and protect these barbarians, as she once defended Albanian bandits with her own acts , cutting people into organs ...

However, the fact that the West can no longer find new hangers-on for the fulfillment of its will, but it lacks figures that have compromised themselves, speaks of its bankruptcy and degeneration. One can shuffle such "ladies" from the greasy deck as much as they like - but they cannot see victory over Syria! After all, Belgrade was alone then, and today Damascus is Moscow! Of course, Western figures such as Hillary Clinton can demonstratively leave the hall of the UN General Assembly when Lavrov speaks there, but this is a gesture of despair, like the appointment of a vampire del Ponte to a new position. Russia is not a force whose opinion can be ignored. The unipolar world comes a deserved end.