Will Yulia Tymoshenko be heard in the West? 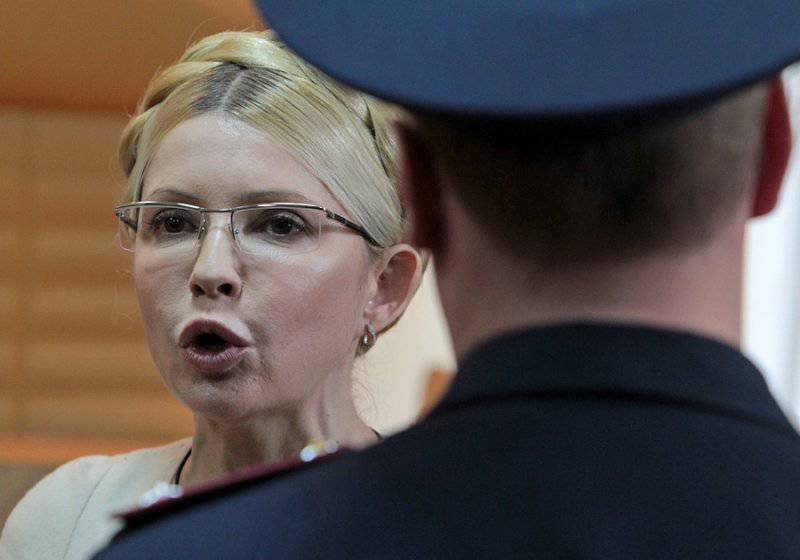 Yulia Tymoshenko, who recently held the post of Prime Minister of Ukraine, and is currently serving a prison sentence, called on Western leaders to find ways to prevent the holding of parliamentary elections in Ukraine to be held at the end of October this year. She expresses confidence that they will be held with great violations and fraud. Tymoshenko expressed her point of view in addressing international organizations, democratic states and all Ukrainians. This message was made public by Tymoshenko’s daughter, Eugenia, in Washington.

The former prime minister describes a situation that today has a place to be in the political life of Ukraine, saying that the country is ruled by dictator Yanukovych along with his family. They are not reforming, but are engaged in corrupt practices, racketeering and theft, the politician says. Therefore, she calls on democratic forces to immediately oppose the holding of elections, because numerous falsifications will give the current government unlimited freedom of action.

In addition, Tymoshenko also offers her own vision of solving the problem. The message presents a program to protect democracy from dictatorship, which, according to the author, is related not only to Ukraine, but also to other states. This program includes the following actions: the need to create mechanisms for investigating corruption crimes of government officials and their closest associates at the international level, as well as the seizure and confiscation of their assets, which are obtained illegally. It should be noted that at present, Ukrainian law enforcement agencies against Tymoshenko are investigating several criminal cases related specifically to corruption.

In addition, Tymoshenko is sure, it is also necessary to hold trials of dictators and their closest associates in the states where they committed crimes. And what's more, for all of them all democratic states should be closed. At the same time, Tymoshenko says that democracy is able to eliminate dictators quickly, bloodlessly and within the framework of international law.

Recall that the former Prime Minister of Ukraine Yulia Tymoshenko, according to Ukrainian legislation, cannot take part in the upcoming elections, because she is in prison on charges of “gas business”. Recall the essence of this case is that the politician received seven years of imprisonment because, being at the post of prime minister, using power, he organized the signing of contracts for the supply of gas with Russia unprofitable for Ukraine. Despite this, it was formally she who headed the list of the alliance of the united opposition, which was formed on the basis of the Batkivshchyna party.

In addition, it should be noted that this is not the first statement of Tymoshenko and election fraud. A little earlier, she stated the same in her message addressed to European politicians. In September, it was announced again by Tymoshenko’s daughter, Eugenia, at a meeting of the European Parliament. In this message, the politician urged the European Union to recognize the Ukrainian parliamentary elections as illegitimate.

Currently, the United States of America is discussing whether it is possible to carry out certain sanctions against those individuals who are involved in the arrest and conviction of Tymoshenko, in particular, the ban on entry into American territory. Note that these sanctions are provided for in the framework of the resolution of September 20 2012, which was approved by the Committee on the problems of international relations of the US Senate. This document calls on the Ukrainian government to take measures to free the “political prisoner” Yulia Tymoshenko.

Representatives of European countries, which sharply condemned the verdict of Tymoshenko, repeatedly called on the government of Ukraine to take measures to ensure that it was released. So, for example, at the beginning of this year, José Manuel Pinto Teixeira, head of the European Union’s representation in Ukraine, made a statement that the upcoming parliamentary elections would be recognized as legitimate only if opposition leaders directly participated in them, at the same time it was meant that the ex-premier should be released. But later, however, he added that no special conditions were put forward by the EU ...

Earlier, in 2011, the Parliamentary Assembly of the Council of Europe adopted a resolution regarding Ukraine, which urged the Ukrainian head of state to apply all legal methods and methods at his disposal to ensure the release of opposition leaders, as well as to enable these politicians to participate in upcoming parliamentary elections. election. If Yanukovych does not listen, then Ukraine was threatened with the introduction of international sanctions.

Then the representatives of European democracy said that the EU and US sanctions against Ukraine will directly depend on what election results will be presented at the end of October. As noted by Jose Manuel Barroso, the choice of the head of state to Ukraine, which took place in the 2010 year, was generally in line with European international standards. This was one of the prerequisites that the country could hope to strengthen democracy. At the same time, the situation that developed after, in the opinion of the Western politician, clearly indicates that the democratic norms in the country are not being observed, and Ukrainian justice is clearly distinguished by selectivity. And if at the very beginning representatives of the European Union doubted their attitude to what is happening in Ukraine, considering all events with opposition leaders only to be accidental, then at present they are already sure that the Ukrainian government does not strive to achieve European values ​​and norms.

Thus, to say that the sanctions against Ukraine will definitely be imposed, it is too early. But, as noted by Senator Richard Durbin, the author of the resolution on Ukraine, the United States of America and the European Union are closely watching how the situation will develop in Ukraine. He also expressed the hope that the problem of opposition leaders will be solved in the very near future.

However, it is necessary to note again that after the Orange Revolution in Ukraine, the Yushchenko-Tymoshenko team used similar methods of dealing with their political opponents, but then the West closed on such “childish pranks” of the new Ukrainian government.

Strangely enough, it seems that representatives of the Ukrainian government are absolutely confident in their abilities on the world stage and do not “heed” the insistent appeals of the West towards Tymoshenko. So, in particular, in the Ministry of Foreign Affairs they say that none of these resolutions, together with all the sanctions against Ukraine, can be taken seriously. In addition, a significant number of Ukrainians believe that the West, first of all, needs to deal with its internal problems, and not to go with its moral teachings to others.