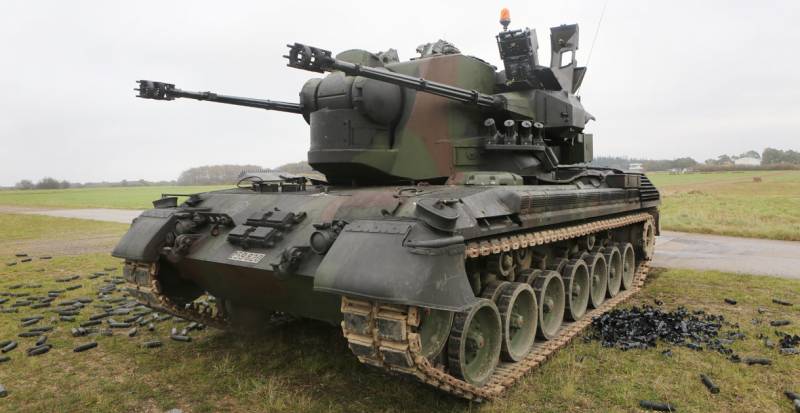 After lengthy discussions and disputes, Germany nevertheless decided to help Ukraine with the supply of armored vehicles. The new package of military-technical assistance will include Gepard self-propelled anti-aircraft guns, which were previously in service with the Bundeswehr. However, the dispatch of such equipment encountered organizational difficulties. In addition, obvious problems await the recipient army of such assistance.

In recent weeks, Germany has been discussing the possibility of transferring one or another armored vehicle from storage to Ukraine. In this context, various machines were considered, but real results were not yet available. Deliveries of equipment or even preparation for them have not yet begun. Now, however, there is a shift in this matter.

On April 26, a conference of NATO countries was held at the German air base Ramstein, dedicated to the issues of military-technical assistance for the Ukrainian army. During this event, German Defense Minister Christina Lambrecht said that the federal government is ready to approve the transfer of Gepard anti-aircraft self-propelled guns to Ukraine.

Reportedly, this plan provides for the dispatch of 50 combat vehicles from storage. Previously, this technique belonged to the Bundeswehr, but at the beginning of the last decade it was withdrawn from service. Unnecessary "Cheetahs" were bought by the manufacturing company Krauss-Maffei Wegmann. She planned to restore the equipment and sell it to third countries. Over the past decade, it was not possible to find buyers for all the available cars, and now they are proposed to be transferred to Ukraine as part of foreign aid. 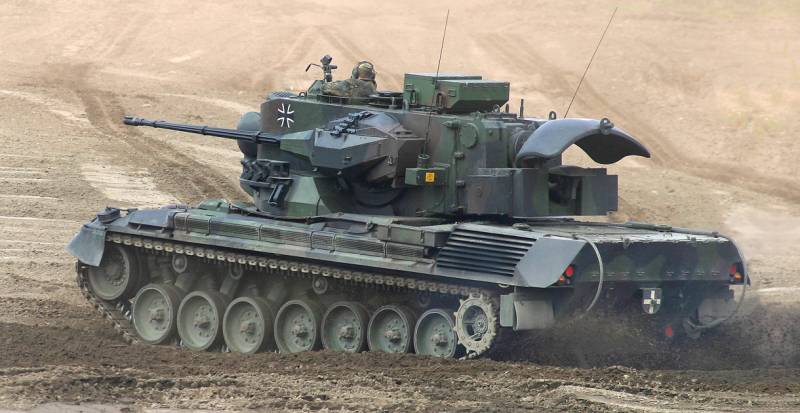 On April 28, the Bundestag approved a plan to send armored vehicles. Now KMW has to prepare it for operation and then ship it. It is not known how soon these works will be completed and when the Gepards will get to Ukraine.

Shortly after K. Lambrecht's statement, it became known that the planned delivery of the ZSU Gepard was facing unforeseen difficulties. According to the British edition of The Daily Telegraph, the neutral position of a third country could prevent the implementation of such plans.

Gepard self-propelled guns are equipped with 35 mm Oerlikon GDF automatic cannons for a unitary projectile 35x228 mm. Such weapons and ammunition are not in service with the Ukrainian army, so it is necessary to organize the supply of not only combat vehicles, but also shells for them. The Bundeswehr cannot provide the necessary ammunition, and they will have to be purchased from a foreign manufacturer - the Swiss company Oerlikon Contraves.

According to The Daily Telegraph, such a purchase proved impossible. Switzerland maintains its neutral status and does not want to sell military products, which may soon be in the conflict zone. The German Ministry of Defense plans to resolve this issue. Additional consultations will be held with military industry enterprises. 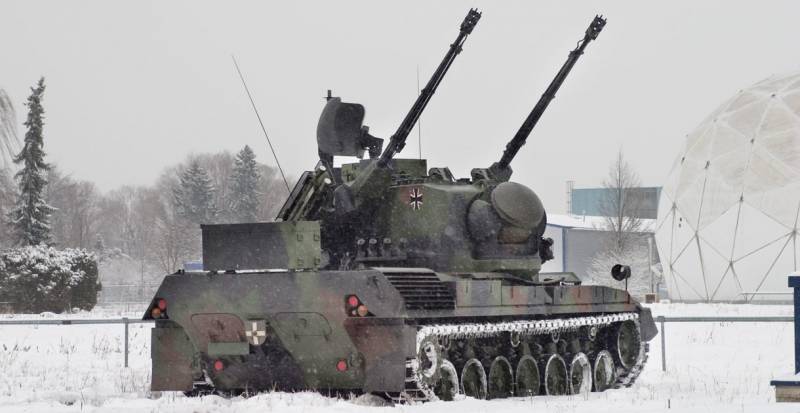 Soon, Business Insider reported that the issue of ammunition had already been resolved. 300 thousand shells will be purchased from Brazil, which also has Cheetahs in service. However, now there are problems of a logistical nature - before being sent to Ukraine, the ammunition will have to be transported across the ocean.

The Flugabwehrkanonenpanzer Gepard self-propelled anti-aircraft gun was developed in the early seventies in the interests of the Bundeswehr. By the middle of the decade, mass production was launched, and in 1976 the new model was officially put into service. Later, a modernization process began, in which enterprises from several other NATO countries participated.

For the German ground forces, 420 new ZSUs were built. Later, the Cheetahs were ordered by the Dutch army. 95 vehicles with a modified radio-electronic complex were manufactured for her. Belgium received 55 products in the original configuration.

The active operation of Gepard self-propelled guns continued until the 2012s, after which they began to be written off due to obsolescence. Thus, the Bundeswehr completed this process in XNUMX. The equipment removed from service was sent for storage or sold to third countries. Used ZSU entered service with Brazil, Jordan, Romania and Chile. The latter, however, soon abandoned them.

At the end of 2020, a contract appeared for the supply of 15 Cheetahs, ammunition and spare parts to Qatar. This technique is planned to be used to ensure the safety of the future World Cup. Also, the transfer of fifty ZSU to the Ukrainian army will soon take place.

Gepard is a self-propelled anti-aircraft installation of military air defense of the near zone. This ZSU is intended to escort and cover troops at bases, on the march or in places of concentration. Depending on the situation and needs, the self-propelled gun can operate independently or as part of a battery under the control of a command post.

ZSU built on the chassis tank Leopard 1, due to which high mobility and cross-country characteristics are achieved. The machine is able to work in the same battle formations with other armored vehicles of German and foreign production. With a mass of more than 47 tons, the self-propelled gun develops a speed of up to 65 km / h and is able to move over rough terrain.

The chassis is equipped with an original turret, on which weapons, radar equipment and other devices are mounted. The basic German version of the Gepard is equipped with an S-band search radar with a rotating antenna and a Ku-band fire control station with an oscillating antenna. The detection and tracking range for both stations is 15-18 km. The modification for the Netherlands used other radars with different ranges, but with similar characteristics. 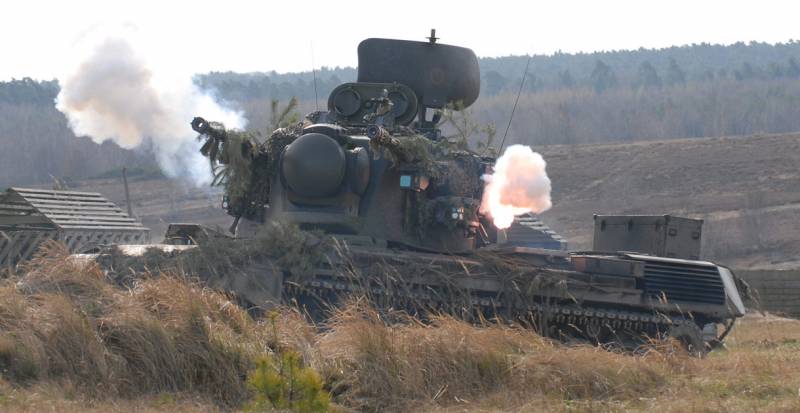 A fairly advanced fire control system is used, which collects data from radars, from muzzle velocity meters on guns, etc. Aiming and firing are carried out in a semi-automatic mode under the control of the gunner operator. A manual mode is also provided, incl. using an optical sight.

On the sides of the turret are oscillating mounts with 35 mm Oerlikon GDF automatic cannons. Rate of fire - 550 rds / min. each. Firing range - up to 5 km, reach in height - 4 km. Ammunition includes 340 high-explosive fragmentation and armor-piercing shells for each gun.

The planned transfer of the Gepard ZSU has a certain significance for Germany and is an important event in terms of politics. However, in military-technical terms, such "assistance" turns out to be practically useless or even harmful to the recipient. As is the case with other foreign technology, this is due to several specific factors.

The main problem for Ukraine is the lack of trained personnel. The Ukrainian army does not know how to operate Leopard-1 tanks and equipment based on them. Training personnel for this will take some time. In addition, it is necessary to organize the infrastructure for maintenance and supply, which in the current environment will not be easy. 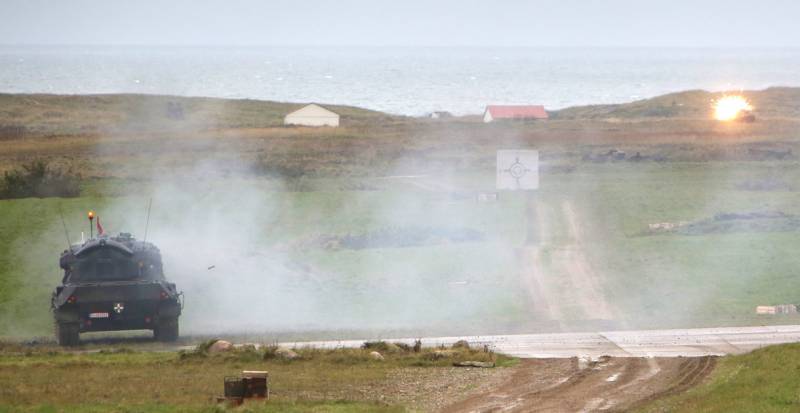 Even more difficult is the situation with crews. The Cheetah, not without reason, was considered the most complex armored vehicle of the Bundeswehr, and the operator training course for it was the longest. In the current situation, Ukraine simply does not have time for the full-fledged training of specialists, and without them, ZSU will not show any results.

It should be noted that even with trained crews, Gepard has a very limited combat value. Even 15-20 years ago, the operating countries decided that this ZSU could no longer deal with actual air threats and therefore abandoned it. Over the past time, the self-propelled gun has not become better, but new means of air attack with higher performance have appeared. There are obvious risks associated with this, both for the ZSU themselves and for the troops being covered.

Thus, the planned delivery of German ZSU Gepard is almost no different from other episodes of military-technical assistance to Ukraine that have taken place recently. It has positive consequences for Germany, while the benefits for the Ukrainian army are at least questionable. Nevertheless, the decision has been made, and the almost useless ZSU will go to Ukraine.

Due to this "assistance", Germany and KMW get the opportunity to get rid of unnecessary equipment from storage, as well as to use the budget to help the "ally". In addition, they demonstrate their commitment to the overall course of NATO and resolve other political issues. The fact that the Cheetahs are obsolete, almost useless in current events and will not bring any benefit to the recipient army is effectively ignored. But this is no longer surprising.