How to look into the depths of space 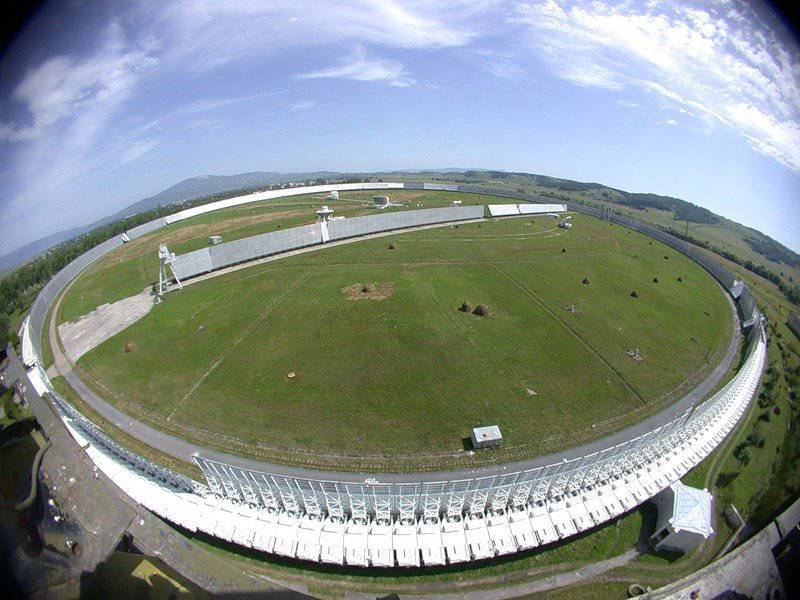 Ring in the mountains
It lies in the spurs of the Greater Caucasus Mountains, in the two years of Bolshoi Zelenchuk and Husa. Huge, white. From a bird's eye view, it looks like a fragment of the mysterious “Nazca drawings” on the coast of Peru. And like those drawings left by an ancient civilization, it seems that this ring is a sign for aliens. From the center of the ring radially diverging identical straight lines. On them, from time to time, move "ships" with metal square sails. In the valley there is complete calm, but the sails are arched, a ray of sun beats in them, as if not the earth, but the cosmic wind fills them.

And here I am standing in the middle of the ring and see it from the inside. Around - the wall almost closely pressed against each other metal platinum, the height of a two-story house. Some of them face the sky. Suddenly, somewhere above the head, as if from the sky, a voice repeatedly amplified by a loudspeaker is heard: “Attention! On the flat one can work out the following program. ” A minute passes, another ... In the ringing silence, the upturned edge of a metal ring slowly levels and at the same time upward toward heaven, its other edge deviates.
The barely noticeable movement of huge planes creates the impression that all this is happening not in reality, but in a fantastic dream. One of the “ships” swayed and swam towards the center of the ring ... it slides along the rails - these are the most radial straight lines emanating from the center of the ring. A "solar sail" - the same metal plate as those of which the ring consists.

All this RATAN-600 is the world's largest ring radio telescope with a variable-profile antenna commissioned in the 1974 year. RATAN is an abbreviation of the words Radio Telescope of the Academy of Sciences, the number 600 is the diameter of its ring mirror in meters. An incredible device, the size of a stadium rostrum, is located in a high-altitude valley, at an altitude of almost a kilometer above sea level. The mountains surrounding the valley reliably protect the RATAN from extraneous noise and instability of the atmosphere.

Second window
Exactly 80 years ago, in 1932, the radio engineer Karl Jansky, studying the source of radio interference, discovered an unknown noise. In his publications, he noted that "... the direction of the arrival of hissing noise changes gradually during the day, making a full turn in 24 hours." In the course of his further experiments, Karl Jansky gradually came to the conclusion that the source of the invisible noise was the noise of the sky - the radio emission from our galaxy. So, in the course of the fight against radio interference, a new science of radio astronomy was born.

The first scheme of the starry sky according to the radio telescope
The radio telescope became for man the “second window” into the sky, allowing to see many phenomena and objects that were previously inaccessible for observation with optical instruments. With his help, we managed to “probe” our Galaxy and establish its spiral shape. Quasars (quasi-star radio sources) and pulsars were unexpectedly discovered. Radio astronomers have discovered “relic radiation” - cosmic microwave radio emission from “nowhere” to “nowhere”; According to modern cosmological theories, we hear the echo of the Big Bang at the time of the birth of the Universe.
For radio astronomy, there are no barriers in the form of clouds or bright daylight — radio beams make it possible to observe the “elusive” Mercury, which, due to its proximity to the Sun, is difficult to observe with ordinary telescopes - the planet rises above the horizon only during dawn hours and disappears from the sky immediately after sunset. . The sensitivity of radio telescopes shakes the imagination - the energy received by all radio telescopes in the world for 80 years of radio astronomy is not enough to heat a drop of water per hundredth of a degree.

In order to examine in detail the ring one has to walk not one hundred meters across the mown grass past the fragrant haystacks. In general, RATAN is really an amazing object: here the familiar earthly world and the messages from the far depths of the Cosmos intersect. And while scientists are engaged in their space affairs, among the giant details of their instrument, the valley continues to live its normal life. 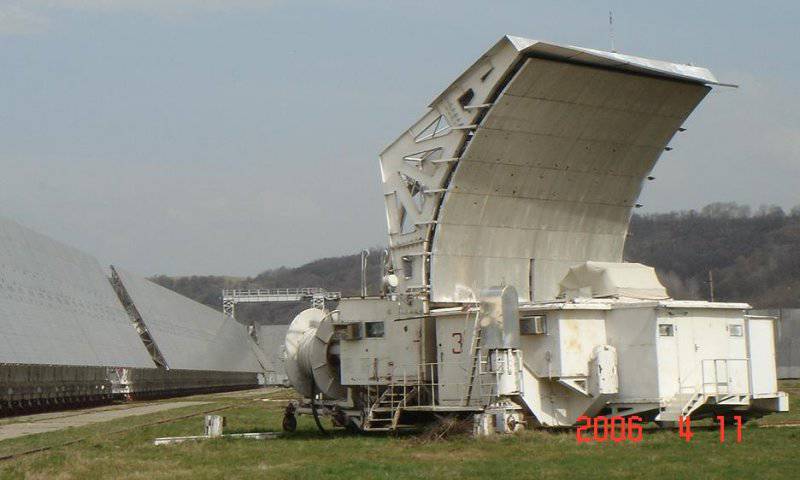 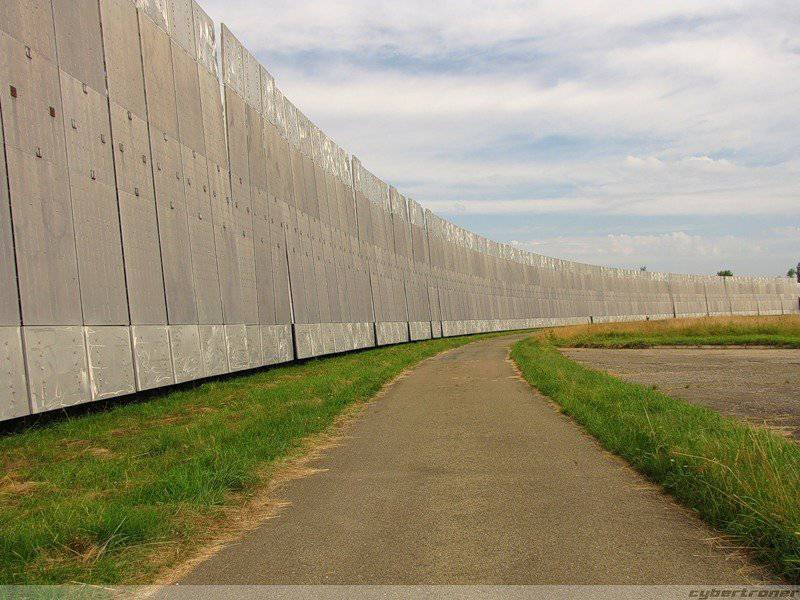 We fit close to the plates that make up the ring. They are all 895, and each is 11,4 x 2 meters in size. There are wide gaps between the plates, and they themselves are not at all solid, but consist of smaller plates. Allow, - the reader will grin - how is this carelessly assembled construction capable of capturing cosmic signals? Take a look at the radio telescope at the Arecibo Observatory (USA, 1963) - this is a real antenna! 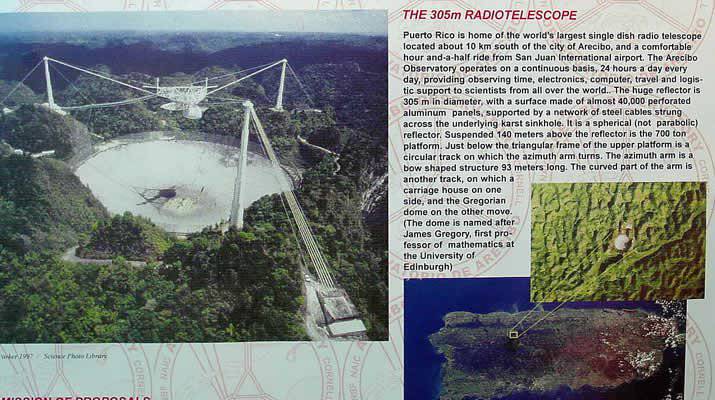 305 meter antenna of the Arecibo Observatory, o. Puerto Rico. The stationary antenna of the radio telescope is built on the site of a natural depression, only the irradiator suspended from the cables moves. The only drawback is the limited field of view. Arecibo cannot observe objects below 20 degrees above the horizon

In fact, the “curve” RATAN antenna has an enviable accuracy and is capable of bearing the coordinates of celestial objects with an accuracy of one angular second. In the process of creating large radio telescopes, it turned out that it is impossible to infinitely increase the size of mirrors - the accuracy of their real surface gradually decreases. Scientists and engineers rested on an insurmountable technological problem, until it was proposed to divide the mirror-reflector into separate elements and use geodetic and radio methods to make ideally smooth surfaces of any size from them.

RATAN-600 was created based on the developments of N.L. Kaidanovsky. The Soviet astronomer proposed an original design, when instead of building a solid circular antenna, a ring of reflectors was used. The ring itself is the primary reflector, it is the first to collect the energy of cosmic radio signals. Taking in the "sight" a given part of the sky, the reflecting elements of each sector are set along a parabola, forming a reflecting and focusing antenna band, without disturbing the ideal smoothness of the annular reflector. The focus of this band are irradiators, they collect and record radio waves collected by a giant antenna. The annular shape of the antenna provides an overview of the entire visible part of the sky, and the presence of several feeds allows you to simultaneously observe several space objects. 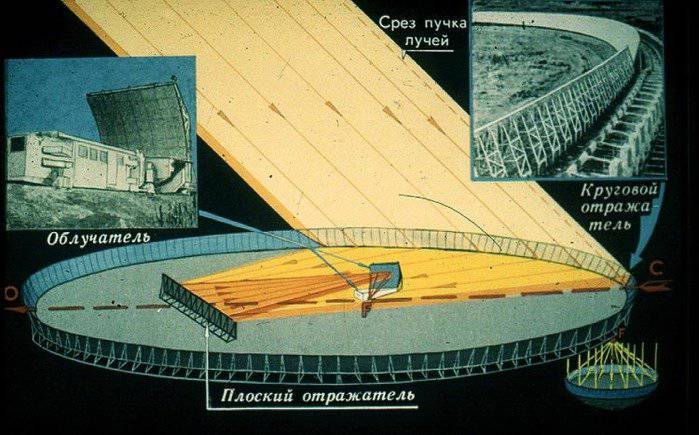 I hope this scheme will allow readers to understand the ingenious, and at the same time so simple, principle of RATAN-600

Perhaps, we will not bore the reader by listing the scanty scientific characteristics like “the limit on brightness temperature” or “the limit on flux density”. We only note that the true diameter of the “ring” is 576 meters, and the effective antenna area is 3500 square meters. meters The radio telescope is capable of receiving instantaneous spectra of celestial objects in the range (0.6 ÷ 30 GHz). Other information about RATAN can be easily found on the official website of the Russian Astrophysical Observatory http://w0.sao.ru/ratan/

Operation Cold or At the Edge of the Universe

At RATAN, the radio emissions of large satellites of Jupiter - Io and Europe, which are thousands of times weaker than the radiation of a giant planet, were first taken. To distinguish them - vseravno, that at the other end of the street to hear through the roar of the engine the breath of the driver of KAMAZ.
For nearly 40 years, a radio telescope continuously monitors the Sun, studies the state of our star, determines the nature of its excitations, and even learned how to diagnose "solar perturbations." Systematic studies are underway of the Milky Way and extragalactic objects of the far Cosmos. 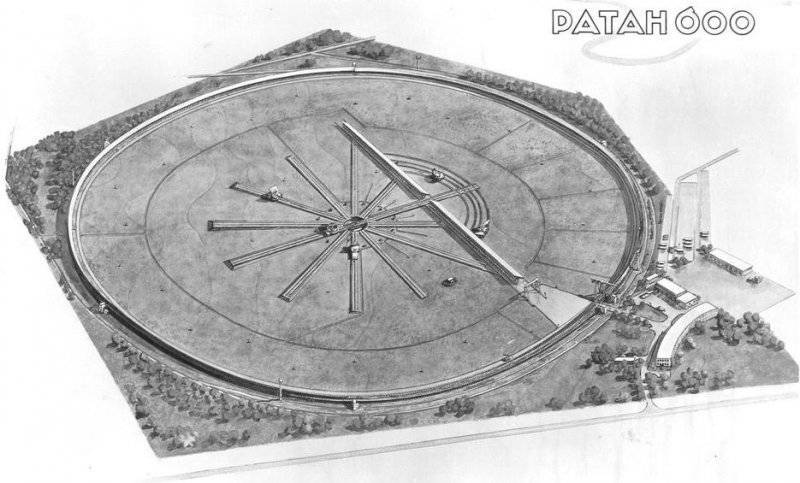 17 March 1980, the research team of the RATAN embarked on an experiment, codenamed "Chill", with the aim of looking deeper into the Universe. The equipment was tuned to receive extremely weak signals, the sensitivity of the radio telescope was provided by ultra-low temperatures — the receivers were cooled by boiling helium vapors with a temperature of minus 260 ° С.
100 days RATAN continuously looked at one point in the sky, as a result of the rotation of the Earth in his field of view was not a point, but a narrow strip. Thousands of new objects that were billions of light-years distant from us were registered, including the instantaneous spectrum of the OQ172 quasar, the most distant object in the Universe at that time. The density of distant objects in space was not uniform - the further RATAN looked, the more the number of radio sources decreased. It can be assumed that somewhere there are none at all - there should be an opaque impassable wall - the “edge” of the Universe. And who knows if physicists are joking when they draw a border fence near the quasar OQ-172?

The unique astronomical instrument RATAN-600, “listed in the Guinness Book of Records”, is now in the department of the Russian Astrophysical Observatory and continues to explore the Universe. The 20% of RATAN working time is allocated to international researchers, the rest of the time the radio telescope operates at the request of Russian astronomers. There are a lot of applications - on average, the contest is 1: 3. Grand Soviet project was appreciated by scientists from around the world. 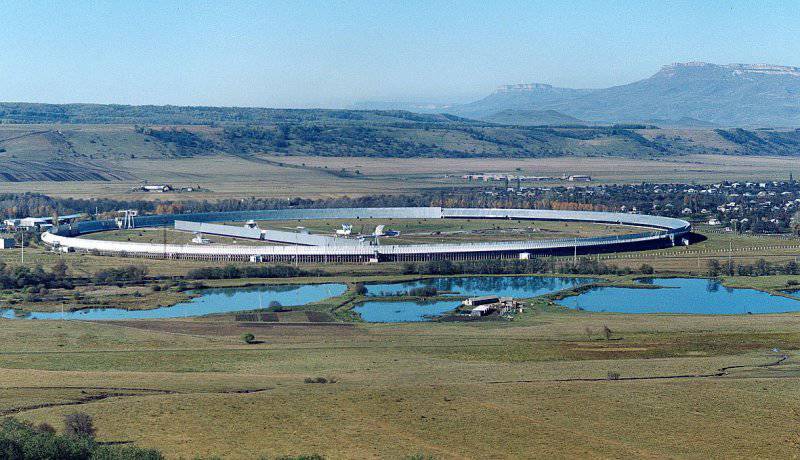