Why did Putin ignore Pakistan?

October 3 2012
33
Recently, the Pakistani media literally in unison stated that the Pakistani government made a rather large foreign policy mistake. This mistake is made, according to journalists and public figures, that positions on the organization of the quadripartite summit between Pakistan, Afghanistan, Tajikistan and Russia were extremely poorly worked out, as a result of which the Russian president refused to participate in the summit to be held in Islamabad. The Pakistani authorities confirmed that the holding of the summit, which was supposed to be about cooperation between the aforementioned countries, is being postponed indefinitely precisely because Vladimir Putin will not be able to come to the capital of Pakistan.

After such an information surge, everyone began to wonder why this Russian president decided to ignore the Islamabad summit of the so-called “Dushanbe Four”. In this regard, there are several opinions that need to be voiced. 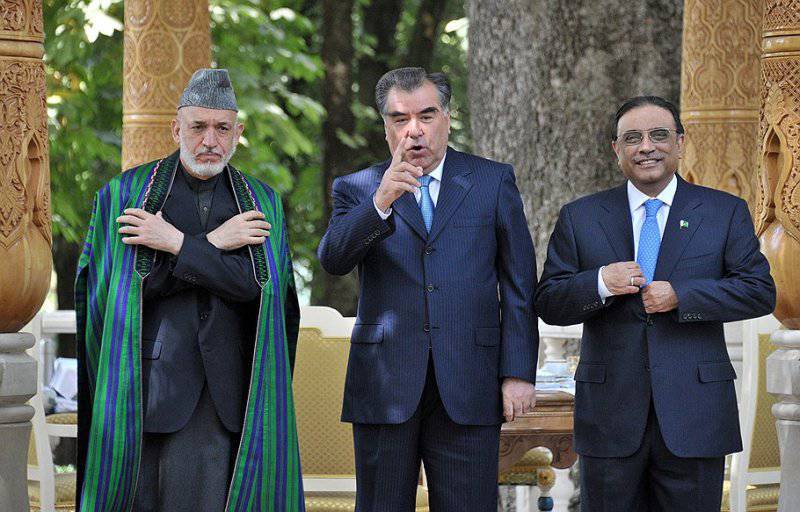 Opinion is the first, or rather, the official explanation of Putin’s decision by the presidential press service. Dmitry Peskov said that the Russian president was not going to take part in the summit in Islamabad, and therefore did not even quite understand why this information caused such an unhealthy excitement. However, there is information that the Kremlin press service may not be true. The fact is that if Putin had not originally planned to arrive at the Pakistani summit, then why did the Pakistani authorities and the Pakistani newspapers report with such regret at the last moment? Has the Russian president decided, until the last moment, to hide from his Pakistani counterpart the fact that he is not going to attend the summit in Islamabad? Somehow it looks unlikely. And, as we know, Putin is used to warn his foreign colleagues in advance that he cannot come to this or that meeting for certain reasons. Camp David is a prime example ...

The second opinion. Putin, of course, was going to go, but at the last moment his decision was forced to reconsider, since he was clearly not impressed by the position of official Islamabad on the construction of a gas pipeline from Iran to India through Pakistani territory. There is information that Gazprom was planning to carry out active work on financing the construction of this gas pipeline (IPI) in exchange for a stake in the project, but the Pakistani authorities said that they are not yet ready to consider the Gazprom nominee when implementing such a large-scale project. As a result, in Islamabad they started talking about organizing a tender, which, apparently, was regarded by Gazprom as an act of evil will on the part of Islamabad. At the same time, Putin was allegedly outraged by this incident, which affected his decision to refuse to travel to Islamabad.

By the way, representatives of one of the Pakistani parties are talking about this. According to them, the refusal of Vladimir Putin’s visit to Pakistan, which could be a landmark for building partnership relations between Pakistan and Russia, is due precisely to the fact that official Islamabad cannot clearly explain its position in terms of the project for the construction of a gas transmission system. Namely, this project is capable, in the opinion of one of the deputies, to bring additional revenues to the Pakistani treasury.
It is noteworthy that the Pakistani media do not see a reason to criticize the refusal of Vladimir Putin to come to their country, but many Pakistani newspapers quite actively criticize the position of official Islamabad, claiming that it was Islamabad that broke a promising summit.

The third opinion, which is particularly often expressed in Russia. This opinion is connected with the fact that Vladimir Putin weighed all the pros and cons of his possible visit to Pakistan, and then suddenly realized that it was better not to go to this country, since it is possible to invoke the ill will of India. On the one hand, there is logic in this judgment, but on the other hand, it is hardly worth saying that Putin remembered the possibility of complicating relations with India right now, when the summit in Islamabad should have already begun.

It is worth noting that the last high Russian state official who flew to Pakistan was Chairman of the Government of the Russian Federation Mikhail Fradkov. This event occurred in the 2007 year. At the same time, it should be noted that before Fradkov from our high-ranking state officials in this country, Alexey Kosygin was already in the 1968 year. In other words, Pakistan (politicians), endowed with greater powers, somehow did not like Pakistan at all. This has its own explanation: Russia (the USSR) has another ally in this region, with which partnerships are built - this is India. However, in the modern world it is already difficult to say that we will conduct a partnership dialogue with this state, but we categorically refuse to conduct such a dialogue with its neighbor. India, of course, is our strategic ally, but then with Pakistan it is quite possible to begin constructive cooperation based on mutually beneficial principles.

By the way, if you go back to the visit of the Russian prime minister in 2007 to Pakistan, then just by the way they met Mikhail Fradkov, we can say that it is impossible to neglect the possibility of establishing mutually beneficial relations with Islamabad. This is despite the fact that Pakistan has a huge influence in the Muslim world.

Recall that Pakistani hospitality was simply overwhelming for Fradkov: his portraits with the words “Welcome, Mr. Prime Minister!” Were hung everywhere. The main news Pakistan's publications were full of headlines that “Russia is the greatest civilization”, “Russia is a stable partner”, “Russia and Pakistan are doomed to productive cooperation” and all that sort of thing. Of course, there were frictions over the same preference on the part of Russia for close ties with India, but the result of that short trip was quite productive: agreements were reached on the implementation of joint projects worth more than $ 2 billion.

But then Russia's interest in Pakistan began to fade away systematically: whether the economic crisis intervened, or a series of unrest in the Muslim world had an impact. The fact remains: in Russia, the feasibility of cooperation with Pakistan itself is highly skeptical. In recent years, we have managed to develop a stereotype that Pakistan is the sphere of US interests, and therefore Russia has nothing to do there. But the world is changing, the Pakistani authorities after the destruction of Bin Laden by the Americans in Abbottabad without coordination with them, as well as after the air strike on the positions of the Pakistani military personnel to Washington, too many questions. The scandal with the film “Innocence of Muslims” and thousands of anti-American protest actions in Pakistani cities have driven another wedge between Washington and Islamabad.

In this regard, the Russian authorities could well take advantage of the situation and begin a more active promotion of their interests in Pakistan. It would be very good for Russia to get such a regional partner, which, by the way, is today, together with Iran, Afghanistan and India, the so-called observer in the Shanghai Cooperation Organization. And to say that India will be totally against today is somehow unconstructive. That's what we need a thoughtful foreign policy.

But it is obvious that the Russian authorities are thinking in the same direction. In particular, Vladimir Putin has already sent a letter to his Pakistani counterpart Zardari, in which he says, in particular, the following:

"I am confident that in the future we will be able to find opportunities to organize our personal meetings. We will always be happy to receive you in Russia."

And here is the train of thought of the Russian leadership. The Russian leader makes it clear that contacts between Russia and Pakistan are more than possible, but it would be better to reach agreements either in Russia or on a neutral territory. Still, the Indian background proves itself in this matter. If official Islamabad understands that Russia is ready to go for rapprochement, but is not going to give up partnership with India, then the meeting of Putin and Zardari or Putin and Prime Minister Ashraf can be expected in the near future. If the Pakistani president has decided that Russia needs to choose: Pakistan or India, then we will not see fruitful contacts for a long time.