Tanks and their generations

March 23 2013
52
Usually in the literature devoted to issues stories and the development of armored vehicles, under the concept of "generation tanks"It is customary to understand a group of such combat vehicles, which are characterized by approximately the same technical parameters and design decisions, regardless of the time the tanks were taken into service.


Despite the variety of designs and types of tanks developed before the Second World War, there is no generation among them. 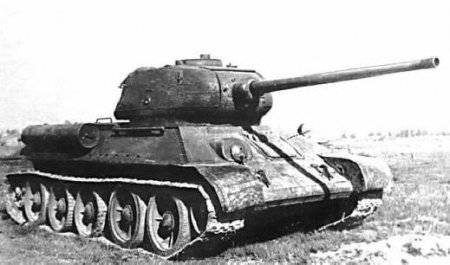 The tanks that were developed or were already in operation during this period were generally very similar (from a technical point of view) to the best combat tracked vehicles of the second world war, such as the T-34-85 or the Panther. 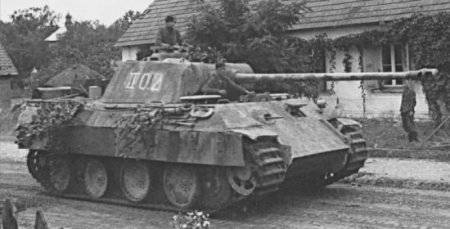 Designers of all tank-building countries adopted the achievements of Soviet tank builders and metallurgists in the manufacture of cast turrets, the US - in the production of fire control systems (new optical range finder on the M47 tank), transmissions (hydrokinetic gear) and running gear elements (rubber-metal tracks). Crew tanks everywhere dropped from five to four people. 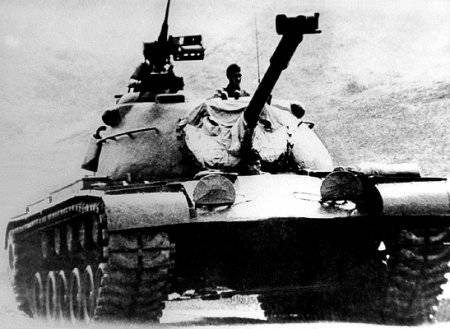 The first generation tanks include the American tanks M47, M48A1 and M48A2, the English Centurions, the Soviet T-54 and T-55, and the Japanese Type 61 (this tank entered service in 1961 year, but was designed in 50-e.) As for the "Centurion" and T-55, then we are talking about the basic models, which over time underwent a deep modernization. 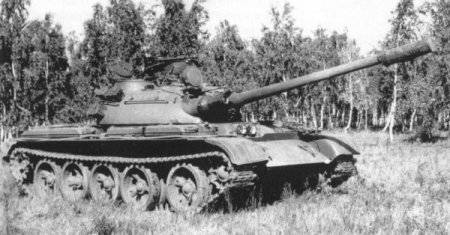 For tanks of those years it was typical:

• widespread use of the main armament stabilization systems

• use of mechanical ballistic solvers;

• start of application of protection systems against weapons mass destruction; 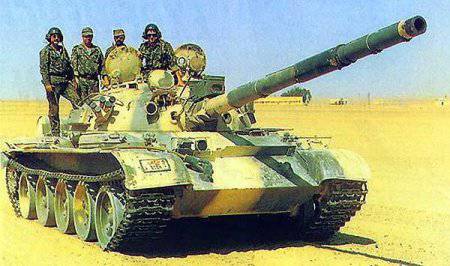 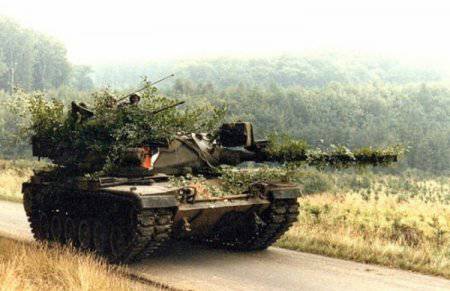 The next decade (1970 — 1980) is considered by specialists as transitional. The best tanks of those years were, as a rule, modernized models of previously built vehicles. They installed more sophisticated fire control systems (analog computers, laser range finders, etc., etc.), and stabilization systems for surveillance devices were tested. There were passive surveillance systems for conducting combat operations in conditions of limited visibility. Far advanced work on new types of reservations. During this period, new designs also appeared, the level of which, in general, did not differ from the prevailing standards at that time, although the decision of some components and assemblies was very original and innovative. An example of this is the Japanese tank Type 74 with adjustable hydropneumatic suspension and the American M60-2 with the 152-mm ATGM launcher. 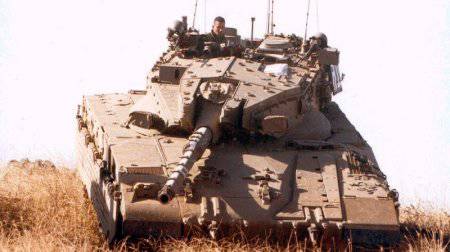 Tanks that appeared before the beginning of the 90s belong to the third generation of tanks, which currently form the core of the ground forces of the armies of highly developed countries.

Their distinguishing features are:

• the presence of an integrated fire control system, which includes a digital ballistic computer, a laser range finder, a set of external and internal sensors, a thermal imaging observation and targeting system that allows effective fire at any time of the day or night;

• use of hydrostatic transmission in control systems, providing rotation with any radius; 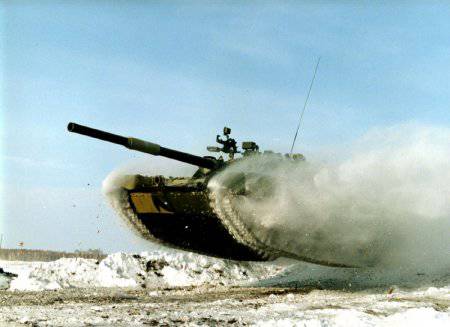 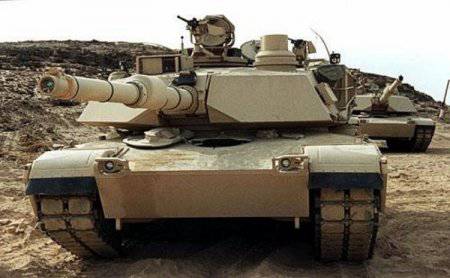 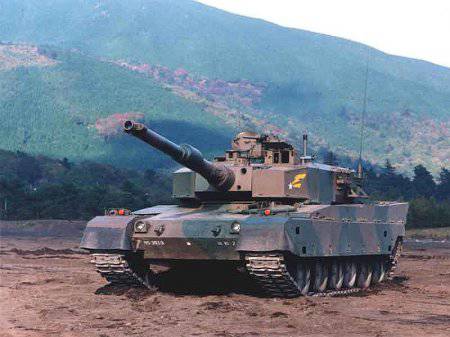 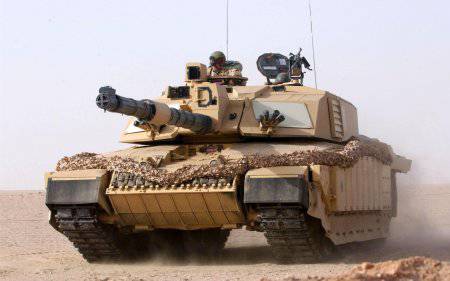 • refusal of further attempts to use ATGM launchers as the main armament. 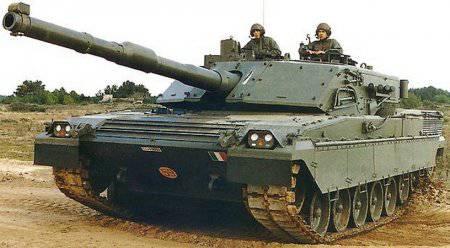 Third generation tanks include the American M1 Abrams and its modification A1, the English Challenger-1, the Soviet T-80 in several modifications, the German Leopard-2, the Israeli Merkava MK 3 and the Italian C1 Ariete. The last two tanks were developed much later, but the decisive factor is not the date of manufacture, but the level of design. 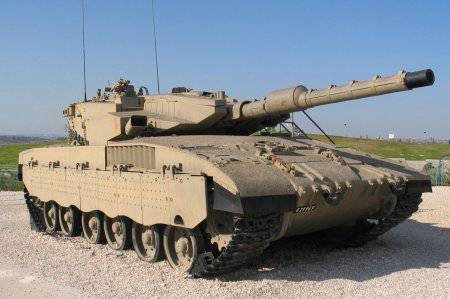 The presence of a significant number of second-generation tanks and the high cost of third tanks pushed for the idea of ​​implementing a deep modernization of the first to the level of the most modern machines. As a result of the work carried out, tanks of the so-called second transitional generation appeared: American Super NXXX, English Chief 60 and Chief 800, French AMX-900 and AMX-32. True, none of them went beyond the prototype stage offered for production for export.

In the process of mass production, third-generation tanks are constantly being upgraded in order to improve their combat properties. A sharp increase in the number and quality of the latest electronic systems used on the latest modifications of tanks for controlling fire, power plant, transmission, as well as for collecting, processing and transmitting information about the tactical situation, the enemy targets to be fired, the shooting and movement conditions, and the state of the systems the tank even gave rise to a new term - “wind turbine” (vetronics - from the English word combination vehicle electronics - tank electronics). The tanks are equipped with multi-layered armor with the inclusion of depleted uranium, modular armor with interchangeable elements, a new generation of reactive armor has appeared, In some countries, the Drozd and Arena active protection systems are being developed, and in Russia. Based on the considerations that the tanks M1А2 "Abrame", "Challenger-2", "Leopard-2A5", "Leclerc" and the latest models of T-80 differ significantly from the basic machines in their design features and equipment; them in the so-called third transitional generation (up to about 2005 year).

The above division into generations reflects the point of view of many domestic and foreign experts in the field of armored vehicles. At the same time, there is another approach to this problem: all the vehicles developed before the start of the Second World War, the second — the wartime period — are accepted as tanks of the first generation; the machines created in 1945 — 1970 are included in the third generation, and the most modern models are to the fourth. Such a division is too simplistic and practically unsuitable for comparative evaluation of tanks.

In general, the time frame of generations should be interpreted fairly freely, because they have not been officially fixed by anyone. The same is true of the reckoning of some tanks to one generation or another. In each case, you can find a number of arguments that will allow you to start a fruitful discussion and thus find the optimal solution.

Source: "The full encyclopedia of tanks of the world 1915-2000."
Ctrl Enter
Noticed a mistake Highlight text and press. Ctrl + Enter
We are
Type 6614 armored personnel carrier of FIAT and Oto Melara companiesMiddle tanks in the postwar period. "432 Object"
52 comments
Information
Dear reader, to leave comments on the publication, you must to register.