“Forward detachments had to clear the way for the rest”: the DPR Ministry of Internal Affairs spoke about the defeat of the column of marines of the Armed Forces of Ukraine when leaving Mariupol 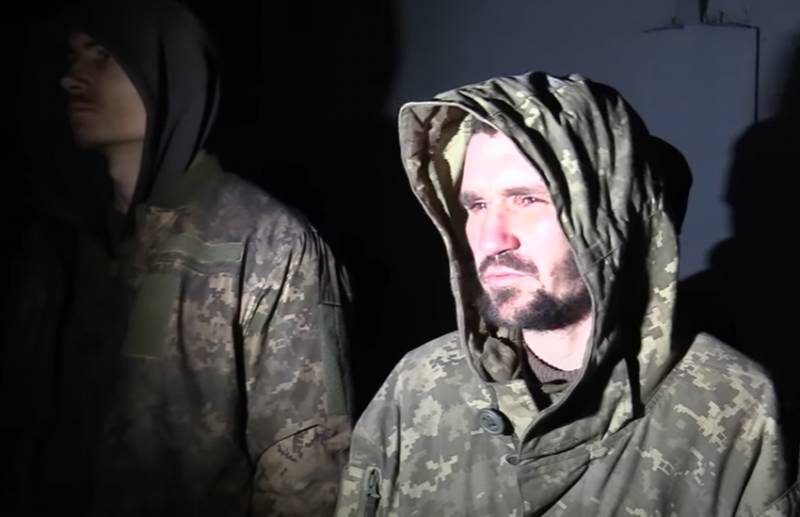 The Ministry of Internal Affairs gives additional details of how Ukrainian marines from the 36th brigade and units attached to them tried to break through from the territory of the Ilyich plant in Mariupol. Recall that we are talking about the very attempt to break through, as a result of which more than a thousand marines of the Armed Forces of Ukraine were captured, hundreds of Ukrainian soldiers and militants were liquidated.

Intelligence revealed the formation of the head patrol of the Ukrainian column. For this, drones were also used. After the formation of the advance group of the Armed Forces of Ukraine and after the start of its advancement, the Russian troops and the NM of the DPR began to liquidate it.

In captivity, one of the soldiers of the Marine Corps brigade remembered that Russians and Ukrainians are two fraternal peoples:

It's a shame ... Annoying ... They just threw us. Two fraternal peoples were forced to fight against each other ...
Another captured Ukrainian soldier:

Most were afraid that if they surrendered, they would be killed.
The plot of the Ministry of Internal Affairs of the DPR about the defeat of the Ukrainian column, which was trying to escape from Mariupol: