Demographics for the “golden billion” 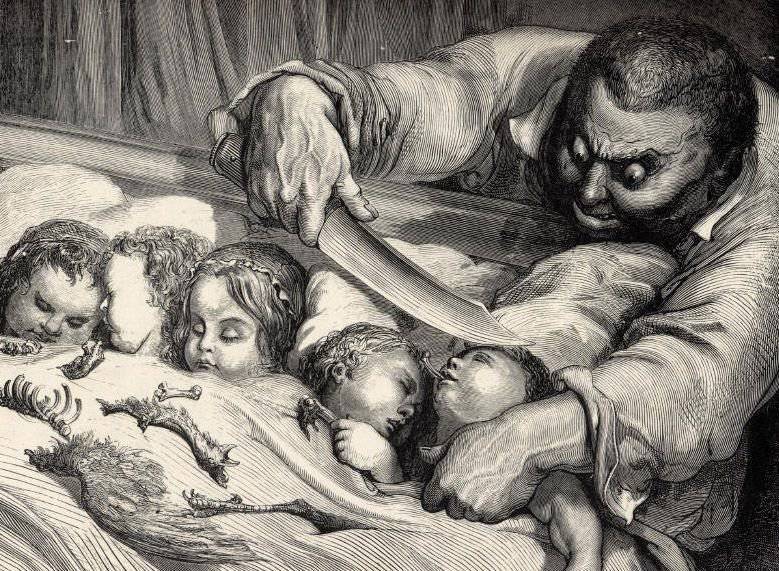 The fact that the British authorities, who have already declared their support for official homosexual marriages, intend to replace the expression “husband and wife” in official documents with the term “partners” to “respect the rights of sexual minorities,” the Western press said this spring. The replacement of terms is carried out as part of a campaign to legalize the so-called. gay marriage.

Activists of sexual minorities, for unsuccessful replies to which the Criminal Code of Britain already provides for many years of imprisonment, declare the draft amendments to the legislation regulating family and marriage relations. From their point of view, there are situations in which the use of the term “husband and wife” to refer to spouses is “unacceptable.” Also, according to The Telegraph, the use of the phrase “mother and father” may be prohibited in official documents ...

The British government attacked mothers and fathers who love their children a few years ago. According to the authorities, “the main violators of peace and ecological harmony are large families”. Shortly thereafter, British psychiatrists conducted an anonymous survey among members of the British Parliament. The study showed that every fifth parliamentarian suffers from mental disorders, which is simply unacceptable under English law.

According to British law, a parliamentarian with mental health problems is required to resign without the possibility of resuming parliamentary activity. However, the survey initiators - the All-Party Parliamentary Group on Mental Health (All Party Parliamentary Group on Mental Health), the Royal College of Psychiatrists (Royal College of Psychiatrists) and “a number of charities” - have set a goal to convince the British government that “such discrimination is unacceptable” and called for a review of the “outdated” law, stating the following: “The results of the survey suggest that democracy is undermined. Members of parliament and peers should not be embarrassed by their personal experiences. But now they are forced to be silent because of prejudice, ignorance and fear, enveloping mental illness ”!

However, not all are silent. Harassment of large families in the territory of Albion has been successfully continuing for years. According to the logic of British officials, "large families should be considered environmental offenders, as well as those who drive large cars and do not care about recycling plastic bags." Such comparisons are given in the report of the British Population Optimization Fund (Optimum Population Trust), published in the first half of 2007. According to the document, reducing fertility "will help reduce carbon dioxide emissions." To “avoid irreversible climate change,” the authors called on every British family to limit themselves to one child.

According to commentators, “in its absurdity, this appeal resembles a statement by the British authorities during an acute water crisis. London Mayor Ken Livingston (Kenneth Livingstone) in order to save fresh water appealed to the residents of the city with an appeal not to flush the toilet behind you. Livingston demanded that Londoners refrain from using the cistern in cases where they had gone only for "small need." However, the water crisis has passed, strange initiatives also remained in the past, and against the background of an endangered Europe, the call not to be fruitful seems very strange. When the two billionth China introduces a “one family - one child” policy, this measure can still be understood. But when overpopulation due to environmental degradation is feared by England's 60-million people, the question arises about the mental health of the nation and, most importantly, its leadership. ”

Unfortunately, this question still remains without a clear answer. And it is in vain. For example, several years ago, Margaret Thatcher’s daughter wrote a memoir (2008) in which she spoke about her mother’s progressive dementia, A Memoir (a name that is difficult to translate, a play on words and meanings, something like: The fish pool aft for goldfish: memoirs "or" Swimming all the time in people: memories "). But the “iron lady”, when she was prime minister of England, declared that for the efficiency of the economy in the USSR, it would be enough to leave 15 million people. Say, in the world there is a single energy source vessel, it is impossible to increase its contents, and it is meaningless to divide equally into almost two hundred countries. After all, if in Africa or in the CIS space each family has just enough, then this will not be in the West and in England, which, unlike the USSR and some post-Soviet republics, is not self-sufficient. (This topic is very intelligibly stated in publications and in the wonderful book by A. Parshev “Why Russia is not America. A book for those who stay here”).

For centuries, Foggy Albion has been concerned about how to "help" states with a population that is "unnecessary" in terms of what fellow countrymen Margaret Thatcher consider to be an "efficient economy." Although many people think that social Darwinism was born in England as a result of the transfer of Darwin's ideas to society, in fact, everything was the opposite. The "founding father" attributed to nature those tendencies that dominated British society.

In the XIX century in England a very serious political question was being decided: what to do with neighboring Ireland? This country, at one time conquered by the British, according to the researchers, “not only does not differ in size from the country of the conquerors, but in terms of climate even, perhaps, is better than England. The population at the beginning of the XIX century in these countries was approximately equal. The Irish did not treat the British badly, and this is not difficult to understand: the British conquered them. And - an amazing thing! By the end of the XIX century, Ireland was the only European country, whose population has not grown. On the contrary, it has decreased significantly: from 10 to 3 millions! In 1846, a terrible famine broke out there when over a million people died. But in the same year, foodstuffs — grain and cattle — were exported from Ireland to England. The British government did not prevent this, and in addition encouraged emigration. And by the end of the century, Ireland had ceased to pose a threat to England. In Ireland, there were only those who were directly engaged in agriculture, and the restless "extra" population was no longer there ... ".

The British used similar technology during the Second World War in India (Bengal), where the population too actively supported the August Revolution of 1942 and the Indian National Army (Azad Hind Fauj) of Subhash Chandra Bose, who fought British colonial domination. The Hindus were forced to reduce the sowing of agricultural products, instead of which they began to sow jute for the British Navy. At the same time, rice and grain were massively exported from Bengal, and all means of transportation, from boats to elephants, were confiscated from the local population. As a result of the outbreak of 1942-1943. a monstrous famine, according to various sources, died from 1,5 to 3,5 million people (a few more million of those who realized too late that there would be no help, and tried to escape "look away", died a little later from exhaustion and disease). Inspector of Indian Affairs (Secretary of State for India) Leopold Emery (Leopold Amery) made no secret of the fact that W. Churchill "treats us like Hitler." Churchill himself, who considered the Indians "a vile race, saved only by their breeding from death, which is their well-deserved fate," responded by telegram to reports of the massive death of millions of people and the request not to take out food: "If you have a famine, then why did Gandhi not die yet ? ”(Www.wlym.com/archive/oakland/brutish/EIRchurchil.pdf; Blake R. and Louis W. Churchill: Oxford, 1993). But on the other hand, it was possible not to worry about the backs of the empire - the rebellious region simply died out without receiving any help. (See: Pankaj Mishra Exit Wounds. The legacy of the Indian partition // The New Yorker. 13.08.2007).

Similarly, only one of the population reduction mechanisms was worked out. In parallel, he was working out another mechanism - by reducing the birth rate. The compatriots of the author of the theory of "survival of species" were looking for "humane" ways of controlling population. In England itself, for this purpose “celibacy was encouraged among various strata. For example, among the teaching staff of Cambridge. But then economists put forward another thesis: why reduce, so to speak, a good part of the population? After all, there is the lumpen proletariat, which is not involved in the production process. Maybe it's better to look in his direction? And different social trends were born, proclaiming that the most humane way to help those who are not needed and will never need to escape life is to encourage non-childbearing. ”

All this has a direct bearing on today's day. The process of neo-colonial energy and raw material plunder by the West of the countries of the former "second" and "third" world is running out of steam. On the one hand, it is becoming more and more difficult to rob (and in places there is simply nothing). On the other hand, those robbed all over the world, from Latin America to Asia, are increasingly persistently claiming their rights and are clearly not in a hurry to die out. This mockingly paradoxical situation so perplexes the governments of the prosperous countries of the “golden billion” that even in London they seem to have noticed that inadequately a huge proportion of the resources mined on the planet are not consumed by the colonialists and the continents, but the “golden billion”.