29 September 2012
54
19.09.2012 of the Year in the United States Armed Forces hosted the 2011 Outstanding Inventions of the Year Competition. It was attended by military officers and soldiers, war veterans, engineers and designers. The voting was also attended by reviews of participants in hostilities.

In the United States military, new military inventions for the US military were considered. During the review, the best solutions to improve the combat capability of the armed forces for 2011 a year were noted. If there are doubts about the weapons and ammunition sounded as the best inventions, then the means of protection of a single serviceman arouse a certain interest. The best solutions creators will be awarded only at the ceremony to be held in 2013. However, the winners are known today:

Additional protection of type Explosively Formed Penetrator Add-on-Armor
Special additional protection in the form of mounted additional armor. The use of such structures has significantly increased the survival rate not only of the equipment, but also of the crews and airborne forces stationed there. 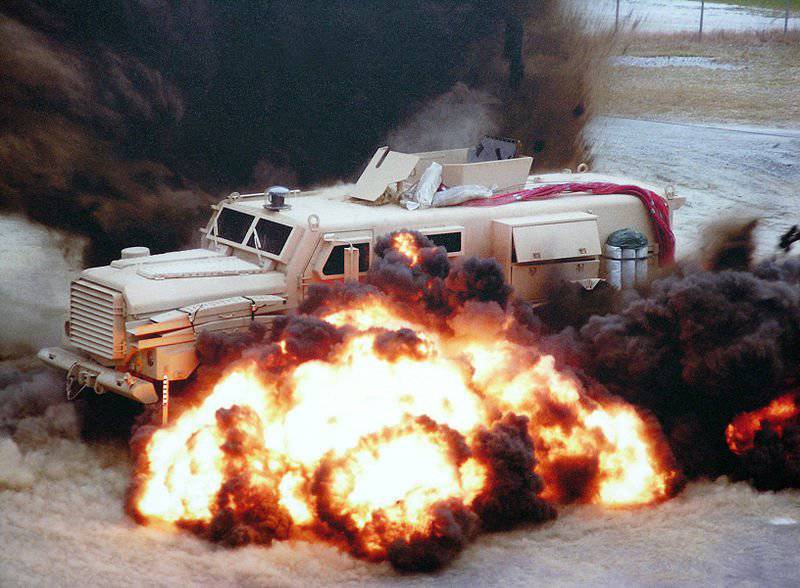 The use of enhanced (additional armor) came at the time from African countries, in which there were constant internal military clashes. Due to the specifics of the terrain and the fight against the destruction of equipment, African military men had to go for any tricks to increase the survivability of various equipment.

Helmet sensors to detect concussive blows - a helmet with sensors that monitor the health of a serviceman
For the United States Army, helmets were created with integrated shock detection sensors that could cause hidden brain damage. Sensors are not only able to record indicators, but also send them to physicians. At this time, the American football league has become interested in such helmets. About 10 thousands of helmets have already been sent to the army. It is planned to order about 50 thousands more units. On one charge, the sensors work for one year. 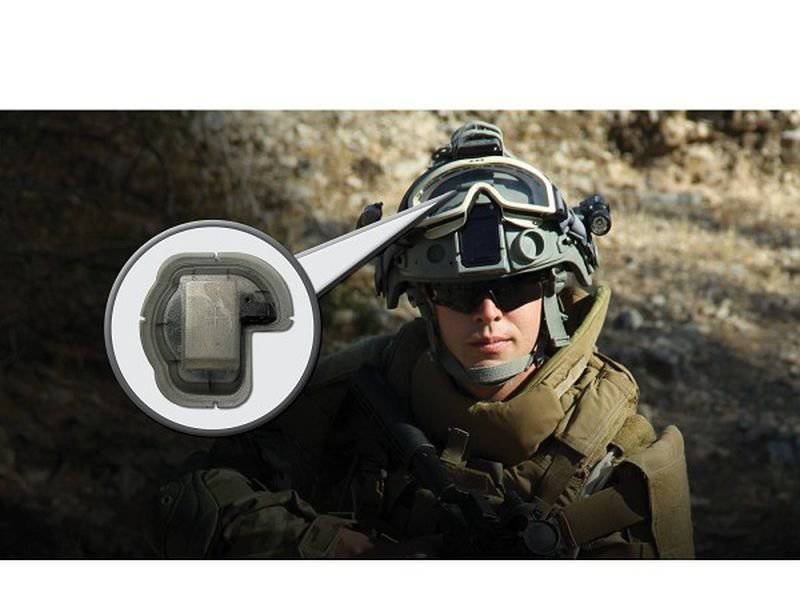 Common Missile Warning System - rocket attack warning system
Equipment installed on airplanes (helicopters). The main purpose - a warning about the approaching threat (rocket attack). Significantly increases the chances of survival of people in the air and the most flying equipment. Upon detection of approaching targets, it automatically activates means to create false thermal targets. 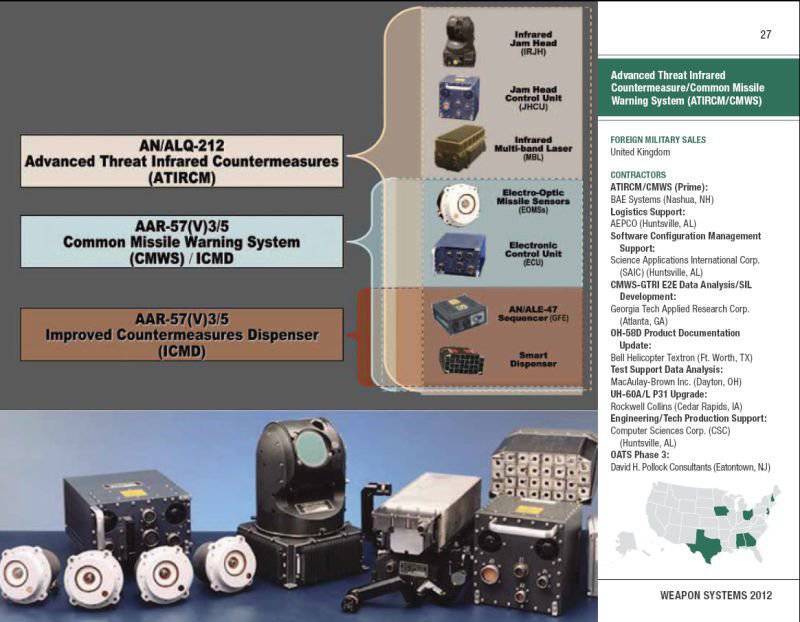 Pelvic Protection - Pelvic Protection System
The adoption of this system has significantly increased the chances of a soldier’s survival in an explosion at an explosive device. When undermining the VCA or VU, the main lesion goes to the lower body. Externally, the protection is similar to ordinary cycling shorts made from breathable material with a tight Kevlar mesh. The material additionally provides protection against infections, debris and dirt. 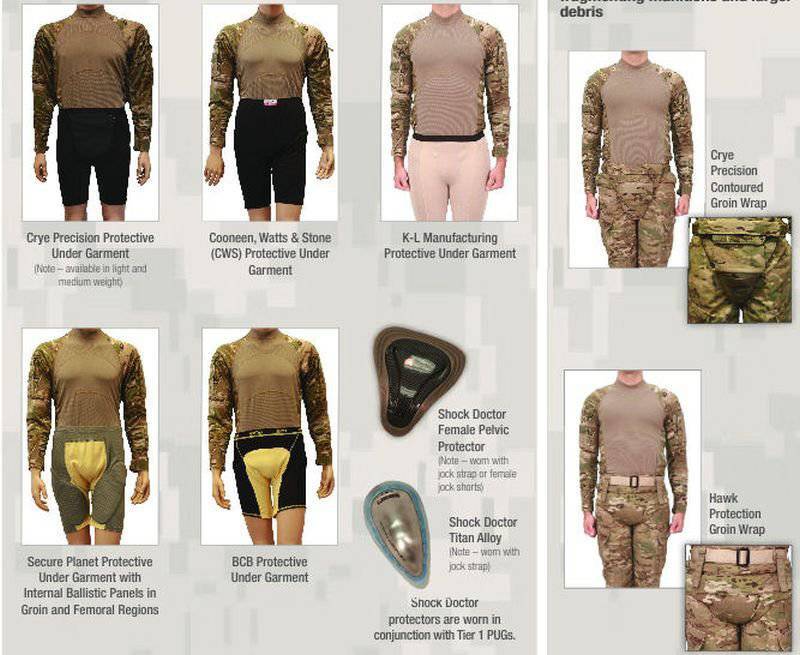 Start using the middle of the year 2011. Today, more than 15 thousands of soldiers are provided with a similar protection system. In one protection kit for one soldier, there are three Pelvic Protection units.

SPCS - body armor as a system of lightweight and tough armor
The product is a tactical body armor that is worn folded and quickly turns around in case of danger. It is provided with adjustable quick attachment straps, which ensure uniform and comfortable placement on the body of a soldier. Tactical body armor reduces the load of the carrier, provides excellent mobility when performing tasks and has fire protection. SPCS is designed as an external carrier (armor insert) with a belt that stabilizes the SPCS and increases the area of ​​enhanced protection throughout the body. It can accommodate stores to the main arms, communication devices and surveillance, convenient and safe pocket for carrying important things. 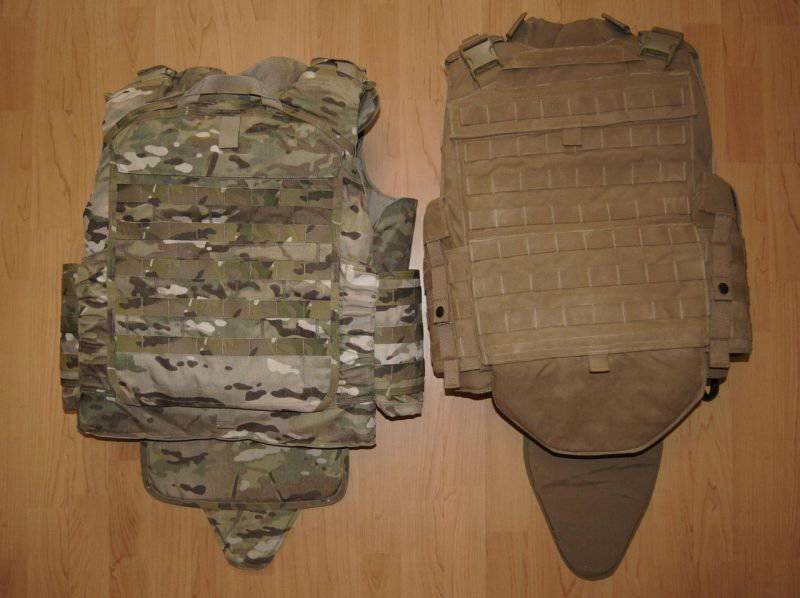 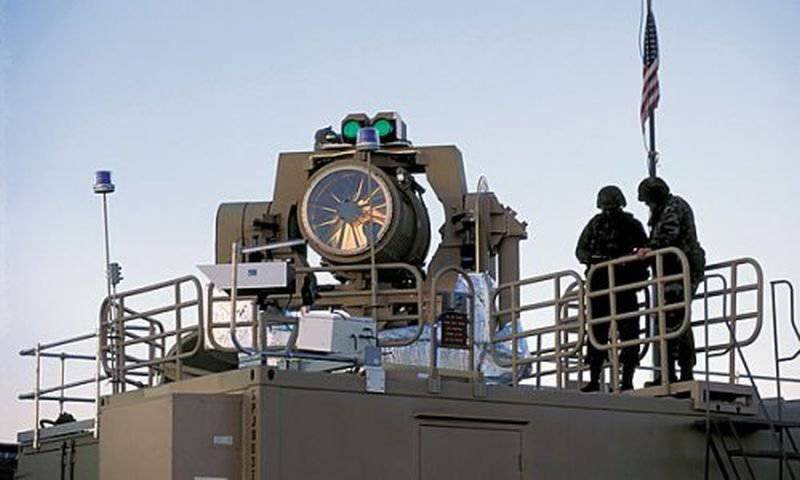 To be honest, the absence of the most up-to-date solutions in “laureates”: high-precision aerial bombs, observation systems, laser systems, unmanned aerial and underwater solutions and suppression systems is surprising. Published inventions do not pull on the "outstanding". These are rather necessary or useful inventions for increasing the combat effectiveness and security of military personnel.