Summary from a Kievan: the secret of the curfew and the unbridled teroborona 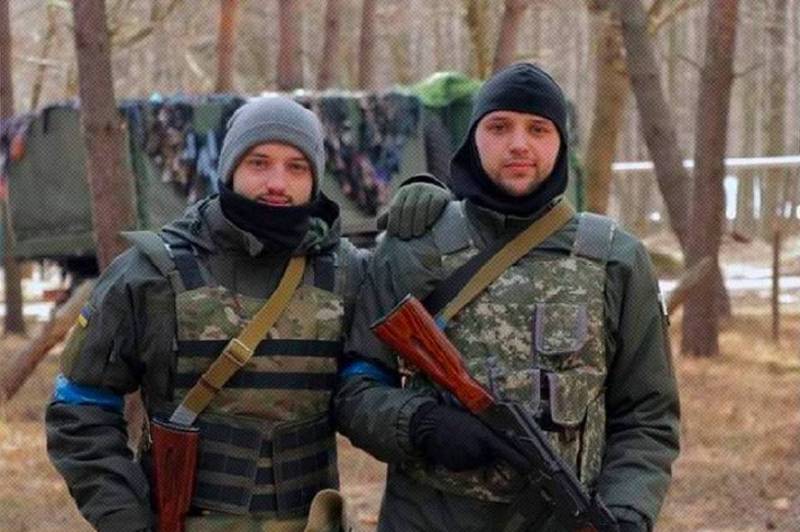 Despite the fact that in Ukraine listening to any information that sounds at the official level is like reading fairy tales, for the sake of completeness I will cite it. As a matter of fact, it consists in just one phrase of the representative of the Kiev administration Oleksandr Pavlyuk, who stated that "the strengthened curfew was not introduced so as not to create unnecessary social tension."


Agree the wording is original. The question immediately arises: what exactly is this “social tension” expressed in? The moment that spring is coming and the residents of the city simply want to spend more time outdoors, we will miss as ridiculous. Active hostilities are underway in the country, and everyone understands this very well, people without unnecessary need and so try not to go out into the street. In fact, there are real reasons for the refusal, and they have absolutely nothing to do with the nonsense said by Mr. Pavlyuk.

Let's start with the fact that initially the practice of introducing a reinforced curfew had several goals. The first of them is the creation of the appearance of "fighting sabotage and reconnaissance groups." The results of the "struggle" could not cause anything but laughter or horror, depending on how one relates to what is happening, because in most cases their outcome was deplorable. No one judges the so-called "saboteurs", they are simply destroyed on the spot.

They can be accused of espionage and sabotage, based on completely wild, literally, sucked out of a finger, grounds. For example, not so long ago, "two accomplices of the Russian occupiers" were detained in the Goloseevsky district of Kyiv. Representatives of the SBU, together with the “terodefense”, into whose hands such “valuable agents” fell, said that despite the “absence of any documents”, the guilt of the detainees is completely obvious, since they found weapon, “military protective equipment” (?), “a telephone connected to a Russian operator” and (!) a notebook with sabotage tasks. It is difficult to even comment on such things, and to say that bearded jokes about Stirlitz come to life is to say nothing. And such a "linden" is put "on stream", and the shooting of "saboteurs" is in full swing.

For the most part, “anti-sabotage activities” are carried out by the “terodefense”, which needs to be occupied with something and kept in good shape so that it is less intensively engaged in stupid robbery and “protection” of illegal points selling alcohol. During the so-called "enhanced curfews" the city was literally given over to them to be torn to pieces. However, the actions of the "defenders of the city" reached the limit, which began to cause indignation and indignation even among representatives of the Armed Forces of Ukraine.

One of those published the following post on social networks, which I will quote almost without cuts, except perhaps for the exclusion of profanity, with which it is full. “This is a real horror! Stop! You are constantly killing your own. How many reconnaissance groups did you shoot? How many civilians did you crush on the spot? How many times have you poked soldiers and officers in the chest with guns? There are already more losses from you and your "friendly fire" than from the enemy, and even more from your frightened "misinformation". DRG in Vasilkov - 14 corpses. Their own. The battle on Beresteyskaya - their own. The imaginary capture of the DRG of the district administration of Kyiv - the battle of the defense against special forces, machine guns and grenade launchers. Wounded and killed on both sides. Three ambulances were shot, fortunately, the doctors survived, but not everyone was so lucky. You fools are trying to shoot down your own helicopters, no one even counts drones!”

After this heartfelt speech, which I quoted in a very truncated form, the author turns to the Ukrainian Ministry of Defense with a demand to "thin out checkpoints and take away weapons from people who are sick in the head." And also with a proposal to establish after the end of the war a separate memorial to "the boys who did not get to the war because they were killed by idiots."

The rejection of the enhanced curfew is an attempt by the Kiev regime to somehow curb its own “terodefense”. They simply cannot disarm or dissolve it. Firstly, the “terodefenders” in Ukraine have already been equated in status with the soldiers of the Armed Forces of Ukraine with all the consequences, and an attempt to disarm them can turn into a serious massacre. Secondly, the Ukrainian “terodefense” plays the role of a kind of extras, without which the myth of the Kiev regime that “100% of its citizens are ready to defend their country with weapons in their hands” will completely collapse.

But this is only one of the reasons for the lifting of the reinforced curfew in Kyiv. Few paid attention to the fact that this decision, for some strange reason, coincided with completely different events. Namely, with the start of precision strikes by the Russian Armed Forces on fuel storage sites and oil depots, at least two of which were hit in the Kiev region.

After several positions, warehouses, hidden places of deployment of strike weapons of the Armed Forces of Ukraine were destroyed due to "criminal curiosity" and "excessive activity in social networks" of the inhabitants of Kyiv, Ukrainian soldiers prefer to carry out redeployment without prying eyes and ears, with which the civilian population of the city and is an. It was during the reinforced curfew that equipment was distilled, positions were changed and new ones were created, ammunition and fuel were brought up.

Now, when significant fuel reserves have been destroyed, the maneuverability and mobility of the MLRS, towed artillery, and self-propelled equipment have significantly decreased. It became expensive to drive them from position to position, and in some cases it is simply impossible, since all this equipment consumes a fair amount of fuel. Accordingly, the need for an enhanced curfew has disappeared as such.

The people of Kiev, of course, were very happy about all this, every time they listened to skirmishes and grenade explosions coming from the street during the “amplification”, everyone was pretty tired. At the same time, the troops continue to use those who did not leave their native Kyiv as human shields.