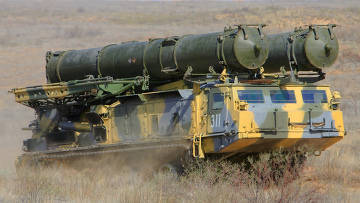 "Thanks to the painstaking work of the anti-aircraft missile forces of the North-Western and Far Eastern air and air defense units for the preparation of anti-aircraft missile units C-300В
transferred to 2008 in the air force ZRV of the air defense, two C-300В regiments were able to cope for the first time with the firing of the Boar target missiles, counterparts of operational-tactical ballistic missiles, "said Popov.

In addition, during the past academic year, the anti-aircraft missile units of the Northwestern Air Force and Air Defense units participated in the Air Force Combat Conference at the Ashuluk training ground, where they showed high proficiency and professionalism in conducting air combat. "The density of the strike reached six targets per minute, and in just two minutes of the battle, 14 missile targets were destroyed - analogues of the potential means of an air attack of a potential enemy," the general said.

He especially noted the participation of anti-aircraft missile forces in the command and staff exercises of the North fleet, in the framework of which one of the regiments of the North-Western Air Force and Air Defense Association, after being transported by sea, carried out firing from Kildin Island. In the course of these practical activities, in addition to the actual combat firing, issues of interaction with the Navy were worked out, which is especially important when creating air defense groups in the island territories of the Arctic.

"In general, the effectiveness of live firing anti-aircraft missile units amounted to more than 85%," - said the head of the Air Force ZRV.