29 September 2012
184
Perhaps, for the first time, for the first time, such serious tension has arisen around the country's main financial document for the coming years. Moreover, if before tension was mainly manifested within the walls of the Russian Parliament, today it has manifested itself in the camp of the country's top leadership: in fact, between the president and the government of the Russian Federation. 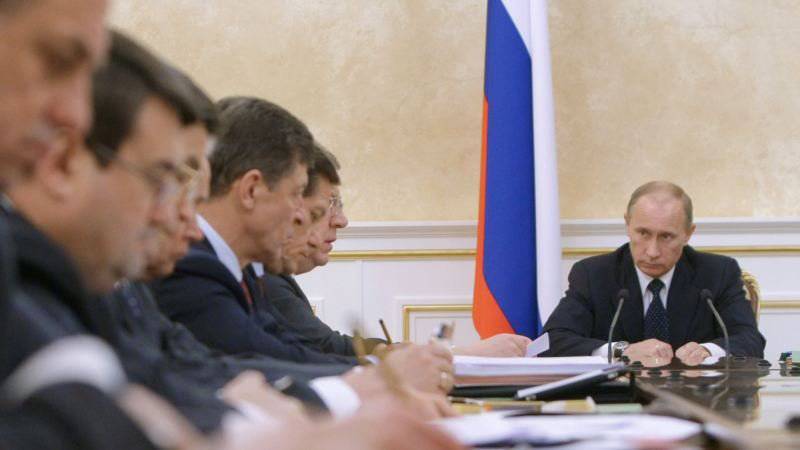 Recall that for the first time in many years, federal ministers were reprimanded not by the chairman of the country's government, who, by law, is the immediate superior of the entire ministerial fraternity, but personally by the president. But if the president publicly speaks out at once to three ministers about the fact that they actually failed to prepare the federal budget in their areas, then it turns out that this kind of criticism also applies to the Russian government’s Prime Minister Dmitry Medvedev. After all, if the work of at least three subordinates of the second powerful person in the state is strongly criticized by the first powerful person, then it is obvious that the second person, whether it wants it or not, falls under this criticism. It turns out that for the first time in the whole period of joint work in the power tandem of Vladimir Putin and Dmitry Medvedev, a completely tangible conflict between these politicians has emerged. But no matter how anyone thinks, it cannot be otherwise. Being at such a high political level it is extremely difficult to play the role of the fact that the top leaders of our state have one view on various problems.

Being in the presidential chair, Medvedev often did not hold back and showed that he had a look at different political and economic events with then-Prime Minister Putin, but sometimes his point of view seriously changes. Last year’s resignation of Finance Minister Alexei Kudrin, who, at least outwardly looked like a resignation initiated by Dmitry Medvedev, dealt a certain reputational blow to the then government, and if it was dealt a blow to the government, then, for obvious reasons, Prime Minister Putin was also “something got "in terms of public analysis of the activities of a single minister.

It is difficult to argue about whether the September dressing of three government ministers from President Putin is a kind of revenge a year after Dmitry Medvedev’s “unallowable” activity in terms of control over government actions. Is Putin capable of such kind of revenge at all? .. The question, as they say, is interesting, but the answer to it lies entirely in other planes.

Whatever it was, but in practice we get the fact that Putin himself has to go on the offensive not only against his opponents, but even against his obvious supporters, in order to retain public support. The President understands that in this regard, a certain kind of victims is indispensable. Why? Because Vladimir Putin himself has set himself a very difficult task, which, one way or another, rests on the “fatness” of the federal budget. Some budget expenditures were indirectly or directly identified in the candidate’s election articles. Priorities for regional development were identified: in particular, the need for serious investment in the Far Eastern region. Emphasis was placed on stimulating wage growth for representatives of the public sector in the Russian Federation; on realistic pension reform projects. These tasks were quite tough, and they became even tougher on 7 in May on 2012, when candidate Putin became President Putin. Presidential decrees were issued that regulate the priority areas for financing projects in Russia, and the deadlines were specified - October 1 of this year. President Putin also spoke about this to federal ministers at that memorable meeting.

But all the promises of the president, given to them on the first day of their new term at the presidential post, have passed the target, that is, past the draft federal budget. Naturally, this brought Putin to a completely balanced one. The dressing up to ministers about their work on the layout of the budget for the next three years can be described with one phrase: “Guys, you are setting me up!” And yet this very slang word for the work of at least three ministries now fits perfectly. The Ministry of Regional Development, the Ministry of Labor and the Ministry of Education and Science, apparently decided to just follow the track in Russia: “promise, they promised, time will pass — people will forget.” But this time there was a misfire. In this situation, someone could have forgotten, but because someone is waiting for the next puncture from the government. And as soon as this puncture is allowed, the well-known boiling in the style of “Power to the soap!” Begins immediately. But here the president decided to take a lead. He slightly slapped the three ministers and, indirectly, the prime minister; he even gave a reason to talk about some rough spots in his views in the higher echelons of power, but he managed to prevent the presidential decrees from being pulled up on the brakes.

With this step, Putin made it clear that if goals were set, they should be achieved, and he, at least, would try to do everything to achieve them. Another thing is that the price of achieving these goals may turn out to be too high, but here, as they say, he called himself a load ...

And the bulk of the price to achieve the goals set by Putin today can be judged by the means by which it is necessary to supplement those very budget lines about which the federal ministers have failed. It is reported that the costs of the discussed items were not found at all in the reserves of the government, but in an organization such as the state holding Rosneftegaz. This holding is headed by Igor Sechin. What is called, now you have to "fumble through hidden pockets" ...

And today, many people in Russia are worried even by what means the government, set in a very rigid framework, will be able to patch up the emerging holes, but whether the outlined contradictions between senior state officials will come down to a minimum or lead to quite obvious political conflict with very loud resignations. Arguing about this, one can say that Putin, of course, can demonstrate his political power, but this is clearly not going to benefit him. After all, then the president will violate his own words about the fact that people in the government are professional and they just need to give time to work. Obviously, half a year is difficult to call a long time for work, and therefore it can be assumed that there will be no high-profile resignations, at least in the near future. Errors and miscalculations will correct, and the Ministry of Finance will, nibbling on your elbows, look for options to finance all the designated social projects.