Cruise missiles of the Armed Forces of the Russian Federation 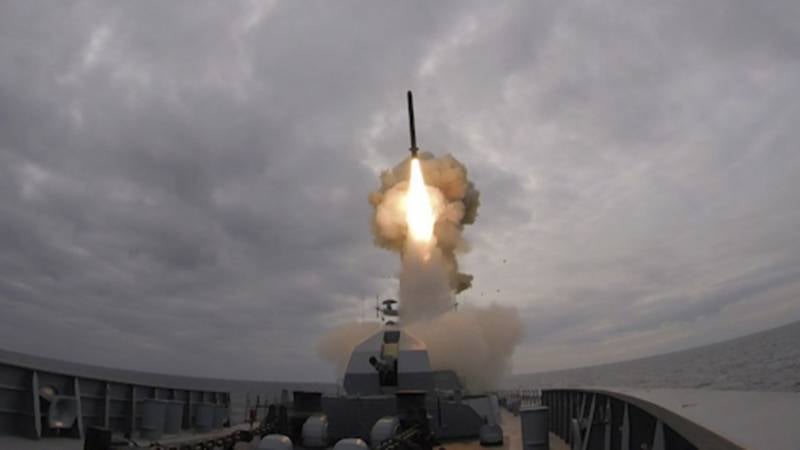 In theory, we all knew that missiles would largely neutralize both the ground forces and any mobilization measures. Everyone saw Yugoslavia, Iraq, Syria ... But in theory, but in practice, the RF Armed Forces did not massively use missiles. More precisely, it was used in Syria, but without anti-aircraft defense. There was air defense in Ukraine. And the air defense is powerful - 70 fighters (Mig-29 and Su-27 of various modifications), 250 S-300 systems, 72 Buk air defense systems, new Ukrainian-made radars and a control system designed for the Third World War.


It is clear that some of this was not combat-ready, some was rather worn out and outdated, but in general there were both people and equipment for organizing the shield. But nothing happened. Moreover, cruise missiles hit all intended targets on the territory of Ukraine with a frightening regularity, regardless of their type and launch range. And judging by the losses, the command of the Armed Forces of Ukraine did not come up with an antidote.

Over the past XNUMX hours, I have been struck by:

The list may not be complete, and is taken from completely open sources. And this list is daily. And not only in the cities located in the frontline zone. Successful strikes by the Russian Aerospace Forces were carried out both in Ivano-Frankivsk, and in Lvov, and in Lutsk and Rivne. For example, the last city, or rather the region.

The first missile strike hit the Rivne airport, where, as part of the dispersal of the Ukrainian Air Force, a military unit was created. According to local media (newspaper Rivne Vechirne), two servicemen were killed, two were seriously injured, the runway and the location (former hostel) were disabled

The second blow was inflicted on the TV center (the village of Antopol-Belaya Krinitsa near Rivne). Enemy losses - 21 National Guardsmen killed, 9 wounded. The center has been disabled.

The third blow was inflicted on the city of Sarny (732nd artillery base of weapons (military unit A0153, Sarny). Enemy losses are unreliable, two of the four sites of the base were destroyed. Together with the artillery of the mob reserve and repair shops.

The fourth blow - the Tuchinsky training ground - the 233rd combined arms training ground (military unit A-4152), also known as the Rivne training center. Significant losses, from 80 and above - both Ukrainian and ...

The final fifth blow was inflicted in the vicinity of smt Orzhev (1448th Central Artillery Weapons Base (military unit A-4559).

In fact, using less than two dozen missiles and not harming a single civilian, mobilization in a million-strong region was at least severely hindered, at most frustrated.

Of course, missiles cannot be absolute, they can disrupt mobilization, they can destroy the rear (the enemy is already having problems with fuel and lubricants and ammunition), they can knock out a certain number of military units (for example, an attack on Nikolaev, where the battalion of the 79th Airborne -assault brigade, and Slavyansk, where a company of a territorial defense battalion was destroyed), but the latter is more likely due to the unwillingness of the command of the Armed Forces of Ukraine to preserve personnel by placing them in pre-war locations. What is interesting is not only Ukrainian, but also foreign. According to the Russian Defense Ministry, mercenaries were covered with rockets in Ovruch, Dnepr and Zolochev, on the territory of military units.

The Ground Forces do the rest. Of course, following the example of the United States, it is possible to knock out civilian infrastructure, plunge the country into a humanitarian catastrophe and force it to capitulate at the risk of the lives of millions of people, but these are not our methods. The RF Armed Forces are working on military installations.

Interestingly, the missiles became the only successful episode for the enemy, too, when the old Tochka-U missile managed to break through the defenses of the Millerovo air base:

“According to preliminary information, according to project sources in the power structures of the Rostov region, combat aviation The Russian Aerospace Forces was not injured during the attack by the Ukrainian Tochka-U on the military airport in Millerovo. All aircraft were in the air at the time of the explosion and were performing combat missions.
The only effective strike of the Armed Forces of Ukraine was delivered by the same missiles.

As a result, this conflict, I think, will lead to the further development of the missile forces and the increase in their importance in modern warfare. Moreover, both classic and hypersonic missiles, because the debut of the "Dagger" was impressive.

“On March 18, the Kinzhal aviation missile system with hypersonic aeroballistic missiles destroyed a large underground warehouse of missiles and aviation ammunition of Ukrainian troops in the village of Delyatyn, Ivano-Frankivsk region.”
And the truth is that the old verse can be rewritten in a new way:

For each question there is a clear answer:
We have missiles, they don't.
And it is very good that we have them - and in sufficient quantities, and at the world level, and even a little higher.