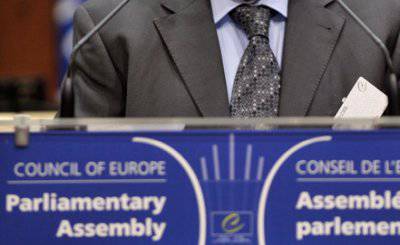 The situation with the reaction of Russia is going to respond to the next PACE meeting looks extremely tense. The Speaker of the State Duma stated that he was originally going to go to Strasbourg to convey to Europeans a report on the development of parliamentarism, but then decided to abandon the visit to the PACE session, as he learned that the report of the Swiss Andreas Gross and the Romanian Giogri would be the highlight of the program. Frunda about how bad things are in Russia. In particular, this report of European parliamentarians, as it became known, contains evidence that Russia urgently needs to reject the sentence of Pussy Riot, stop the prosecution of human rights organizations, abolish the death penalty completely, withdraw the troops from Transnistria. It would seem, quite a bit and in the report there may appear words about who and what products Russia should buy, at what price to sell oil, gas, coal, and what clothes to wear for the European Union. Sheepskin or sheepskin coats, hats with earflaps and felt boots, but pick up a balalaika and sing Kalinka, so as not to destroy the European stereotype about the classical representative of the Russian nation.
Obviously, if PACE focuses precisely on a report on the state of affairs in Russia, then the crisis in this organization is clearly present. Many Russian politicians spoke of this, who stated that in fact PACE is a big dummy that is trying with all its might to attract attention.
State Duma Deputy Vyacheslav Nikonov says that the overwhelming majority of Europeans do not even know about the existence of such an organization, and what reports at its sessions are heard, and there is no reason to say. At the same time, in our country it has recently become customary to consider the position of the PACE on our issue. And if Russia to the PACE is so indifferent, then PACE finds itself a field for active work, dedicating the work to Russia.
If so, then the PACE, as well as its reports, should simply be ignored or, to put it even easier, to spit from the high bell tower. If it was overly active to respond to the ideas of the Romanian and Swiss deputies, then Russia would no longer exist. But Russia is, and its role, unlike the role of PACE, continues to grow in the world, which makes some representatives of the Parliamentary Assembly nervous.
It must be said that the Russian delegation will still travel to Strasbourg, but without Naryshkin. The head of the delegation will be Alexei Pushkov.
Military Reviewin Yandex News
Military Reviewin Yandex Zen
25 comments
Ad