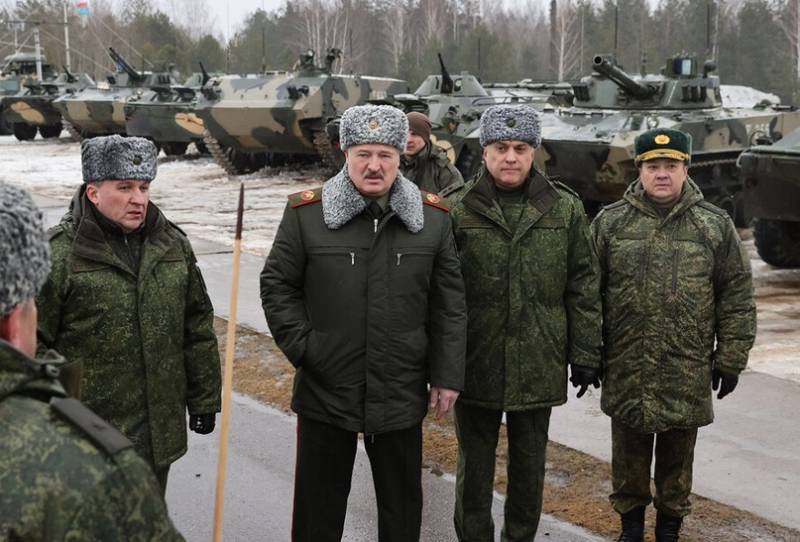 The Belarusian leadership is categorically against the participation of their country in any military operations, including on Ukrainian territory. But Belarusians are ready to defend their land.


This was stated by State Secretary of the Security Council of Belarus Alexander Volfovich on the local STV channel.

This is how Minsk reacted to suggestions from Kyiv and Western countries about the possible entry of Belarus into a special operation in Ukraine, which is being carried out by Russian troops today.

Today, the armed forces, forces and means of the military organization of the state are ready to defend the country, but only on their own territory.
- said Volfovich, noting that the Belarusian leader Alexander Lukashenko had also spoken about this earlier.

He expressed regret over the events in Ukraine and noted that Minsk does not intend to interfere in the course of events in this country, since Belarus, according to Volfovich, has always stood for peace and has been a platform for negotiations between the warring parties.

Earlier, the American television channel CNN, citing sources in the North Atlantic Alliance and the US leadership, said that soon the Belarusian military intends to join their Russian counterparts in Ukraine. And the representative of the Ukrainian Security Service, Viktor Yagun, reported that Belarusian troops had allegedly accumulated on the border, ready to attack. According to him, the number of this grouping is approximately 10-15 thousand servicemen.