28 September 2012
26
At the end of 1976 of the year, according to the resolution of the USSR Council of Ministers, the design bureau under the direction of V.Chelomei begins to develop a draft of a long-range universal CU. The rocket was immediately developed in 3 variants:
- sea-based for submarines of the SSGN 949М / 675 / К-420;
- air-based for strategic aircraft such as Tu-160 / 95;
- ground-based for installation on mobile launchers.

The design sketches are protected at the end of the 1978 year of the maritime version, at the beginning of the 1979 airborne year. Creation and assembly of cruise missiles took place at the facilities of the Khrunichev plant, development and creation of engines for the upper stage led by the design bureau of Himavtomatika.

Marine option - complex "Meteorit-M"
In May, the 1980 of the year begins the first tests of the marine modification of the rocket. The tests were carried out with a ground test bench. The tests were unsuccessful - the RBM "Meteorite" was not able to leave the launcher. The following three test launches also failed. On the fifth launch, the cruise missile successfully descended from the PU and flew a range of about 50 kilometers. There is information that on the Black Sea there were launches from a sinking stand. Later launches were carried out with the submarine K-420 of the project 667М. Before 1988, at least 30 CR launches 3М25 were completed.
The main problems identified by the tests:
- the work of the correction system for the RC RL-image of the territory;
- operation of the plasma education system (protection complex);
- the work of the main engine. 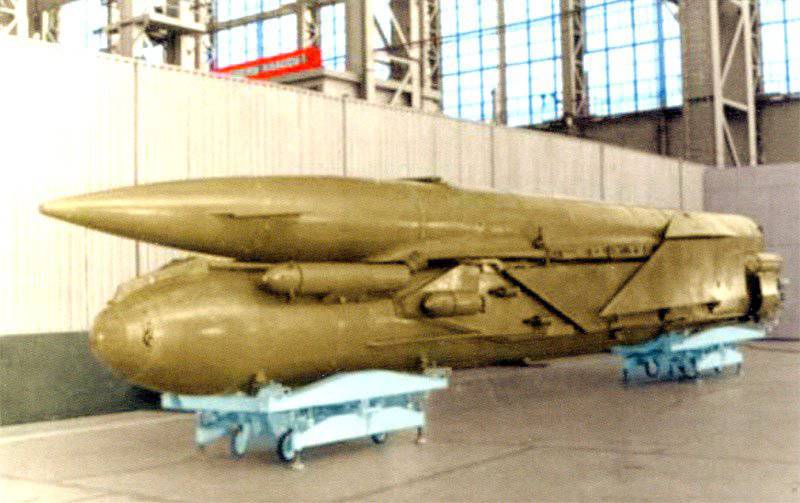 From 1988, the state tests of “Meteorit-M” begin with the UKR of the database 3М-25 together with the main carrier of the SSGN K-420. Nuclear submarines K-420 - is refitted SSBN project 667A. On the submarine installed inclined launch CM-290. Initially we planned to install launchers standardized with Granit rockets, but when refitting the submarine it became obvious that it was not possible to implement such a solution. The slope of launchers amounted to 45 degrees. Missiles launched from flooded launchers. Missile launch was possible from depths down to 40 meters at speeds of less than 10 nodes.

The launches were carried out both from the ground test stand and from the board of the submarine. A total of 50 launches of the 3М-25 were completed. The ratio of unsuccessful and successful launches is 50: 50. At the end of 1989, the development of the Meteorit-M marine complex was stopped based on the results of state tests. Navy missiles and missiles are being removed from the nuclear submarine, and it is like a torpedo submarine in the 1990 year, the Navy is being commissioned.

Aviation option - Meteorite-A complex
Since ground tests of the missiles were carried out for the naval complex, the aviation complex was immediately tested from the carrier-aircraft. All launches were made with Tu-95MA (approximately 20 starts). 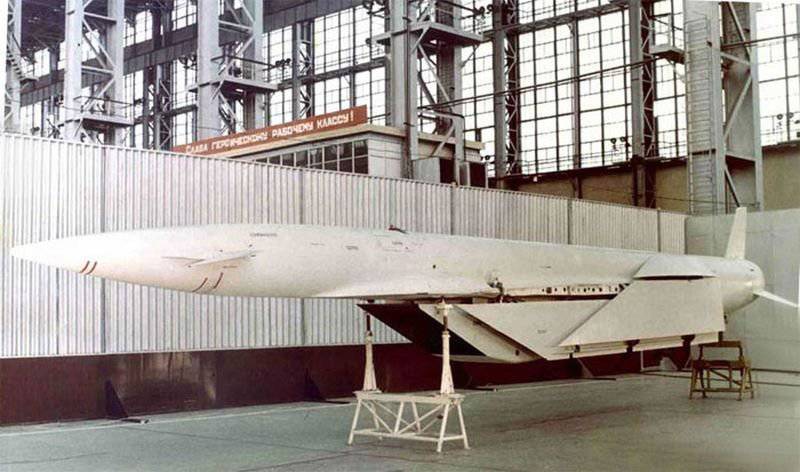 Initially, the CD for the Meteorit-A complex was called “255 Product”. The rocket was suspended on a wing pylon, from where it started. It was first launched at the beginning of 1984 of the year - the launch was unsuccessful. The next launch also failed. Later on, the 3М-25А missiles were almost completely refined and tested at the Kapustin Yar test site. Due to the small length of the landfill, the tests were held with a turn of 180 degrees, which was a non-standard solution for rockets with speeds around 3M. However, although the complex was already ready, in 1992, its development also ceases.

Ground option - complex "Meteorit-N"
The ground-based Meteorit-N complex with the 3М-25Н rocket was designed, built, and tested, presumably, in the 1981 year. Structurally, it resembled a marine version of the complex with the RBM database 3М-25. To create a complex developed technology stealth, which were later used for other projects. The likely reason for the termination of the creation of "Meteorit-N" - the Treaty on the reduction of the INF.

CR DB 3М-25 "Thunder"
The rocket feature is a unique complex for overcoming enemy air defenses. He was called a complex of protection with the system of formation of plasma. Plasma generator, working forward, provided a camouflage air intake propulsion engine. However, the flaws in the high-voltage equipment of the system very often led to accidents. In addition, to ensure the protection of the missile, an EW complex was installed, which independently produced false towed targets.

The missile is made according to the aerodynamic scheme of the "duck" type with a triangular folding wing, as well as a folding lower plumage. The engine air intake is made under the fuselage. An autonomous inertial type system was installed in the rocket with correction of the read data of the radar of the RK image of the territories. To process radar information, a powerful computer was used. To carry out combat flights of the Kyrgyz Republic in navy created a computer center for the development of digital maps with an accurate adjustment system. Tests of the rocket revealed big problems using the correction system, but by the beginning of 1981, a solution had been found in the form of recognition of the contours of the contrast image. Such a decision was subsequently recognized as promising and recommended for use on UBB 15F178 and Albatros intercontinental ballistic missiles.

The starting acceleration stage of the sea and land rocket was the same. It was installed under a rocket with two liquid propellant rocket engines developed by Voronezh KBKHA. RD-0242 provided a total thrust of 24 tons and had controlled rotary nozzles. To remove 3-25 from under water, 2 starting solid propellants were used. Stage engines - upgraded first stage engines from the intercontinental "15А20 / УР-100К". The pneumatic hydraulics system is very similar to that of the P-29 (4K75) underwater launch ballistic missile. The developer (KBXA) conducted 48 tests - 96 engines. Combat tread time - 32 seconds. For the aviation 3М-25А, at first they planned to install an accelerating solid propellant rocket motor, but it was missing in the final version.

Marching engine - turbojet CR-23 (CR-93). Developed at the Ufa motor-building association "Motor". It was assumed that the CPC would accelerate the missiles to a super speed of more than one Mach, on which the propulsion engine was supposed to start. However, this has not been achieved in trials. The engine created traction in 10 tons (ground) and 8 tons (height 24 km).

To start the MD had to use the branch of the CDS at speeds less than one Mach. This resulted in a loss in flight range. To compensate for the use of new high-energy fuel. Though it was more expensive, it provided the missile with a flight to the required range. A stabilization compartment was installed in the tail section of the CD, after dropping it, a turbo starter or spin-up solid propellant of a disk version with tangential nozzles was launched. It was installed at the rear end of the turbine shaft. Having started the turbine, it was disconnected and thrown out through a nozzle. The turbine went into the afterburner mode, on which, having worked for a couple of tens of seconds, it went into normal operation.

Missile launchers:
- under the Monolith-M complex, it was originally planned to use the SSGN of the 949M project, but it did not undergo unification with the Granit complex. After it was planned to install the complex on the SSGN of the 675 project, but this project was not implemented. The next step was to retrofit the SSGN of the 667M project to the SSGN K-420. The submarine with the number 432 was re-equipped at the Sevmash unit for two years. The descent of the SSGN 420 took place on 15.10.1982 of the year. Established 12 launch complex "Monolith-M", because of which the total length of the submarine increased by 20 meters. Expanded rocket compartment to 15 meters. The following systems and complexes were installed: “Klever”, “Kite-44”, “Andromeda”, “Tobol-AT”, “Molniya-LMNNUMX”, “Rubicon”, “Bor”. 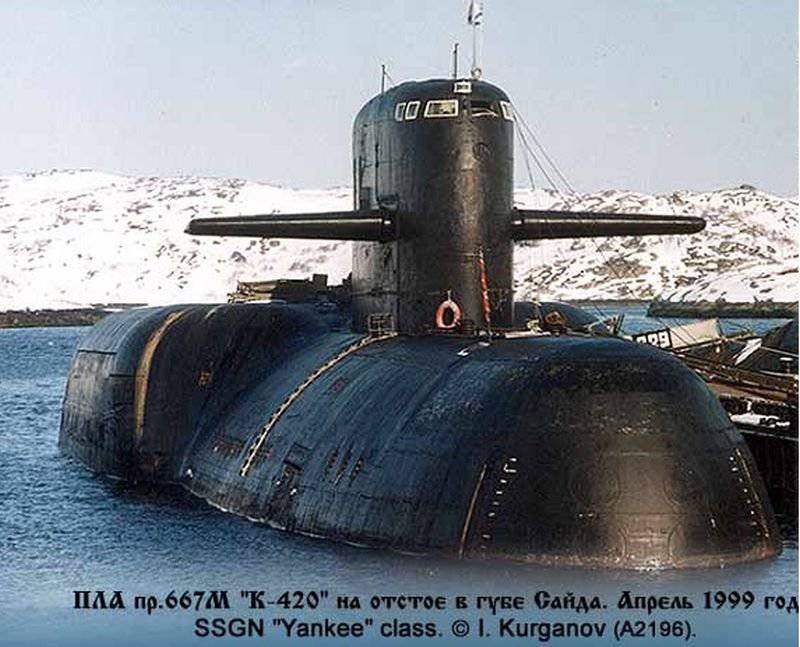 Today
In August, the 2007 of the year at the MAKS-2007 air show was presented a missile complex without a CPC, which was marked “Meteorite-A”. 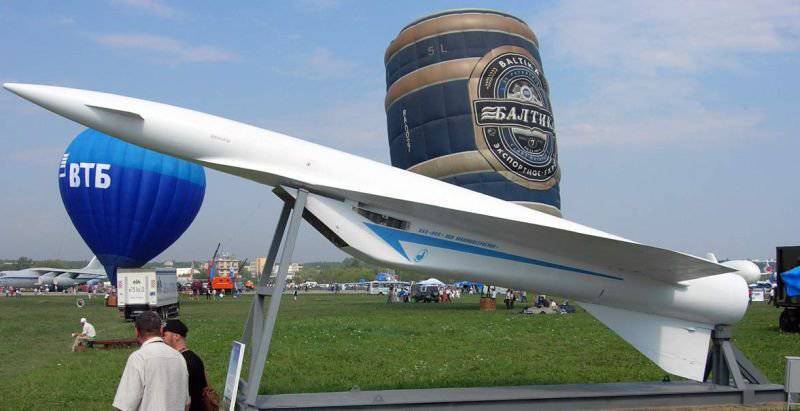