Zelensky: I am sure that a solution on Crimea and Donbas will be found, but not at the first meeting with the President of Russia 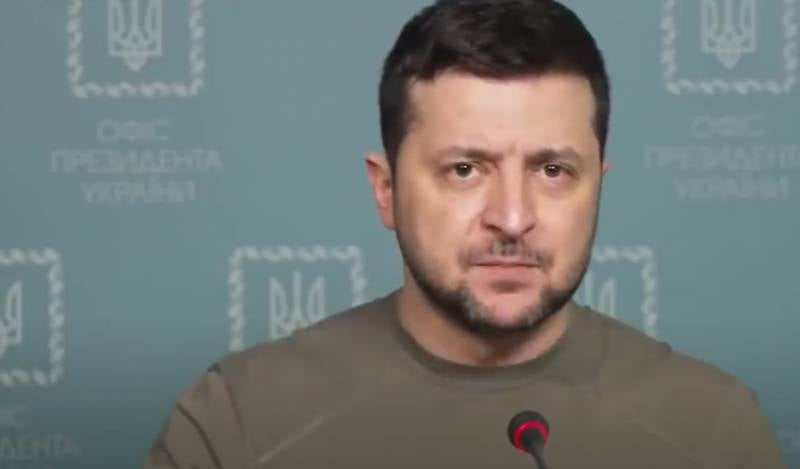 The head of the Kiev regime, Vladimir Zelensky, in an interview with Ukrainian reporters, reiterated his readiness to meet with the Russian president. According to Zelensky, "the need for such a meeting is ripe (...) and a number of priority topics need to be discussed."


At the same time, Zelensky said that during the meeting with Vladimir Putin he was ready to discuss Crimea and Donbass.

The President of Ukraine stressed that Kyiv insists that Crimea and Donbass are "occupied territories", but pointedly added:

At the same time, I am sure that a solution on Crimea and Donbass will be found, but not at the first meeting with the President of Russia.
In other words, Zelensky proposes to launch another "multi-series" negotiation process with the head of the Russian Federation, believing that one meeting should not be limited.

It is in the spirit of the Ukrainian side to drag out negotiations as much as possible, use vague language, even make certain promises, but in the end do nothing and say that further negotiations are needed for a new discussion.

During the interview, the head of the Kiev regime said that he had previously promised to return Donbass and Crimea to Ukraine. According to Zelensky, “today it is a matter of time”:

The first step in such a process would be to provide security guarantees against the backdrop of a cessation of hostilities.
If we follow the logic of Zelensky, it turns out that it is Ukraine that needs to be provided with guarantees, withdraw all troops from its territory, and after that also “return” Crimea to it with the simultaneous withdrawal of recognition of the independence of the LDNR. If so, then any summit meeting simply loses its meaning.
Ctrl Enter
Noticed oshЫbku Highlight text and press. Ctrl + Enter
Military Reviewin Yandex News
Military Reviewin Yandex Zen
122 comments
Ad