Main irritant: Saudi Arabia and China are friends against the US 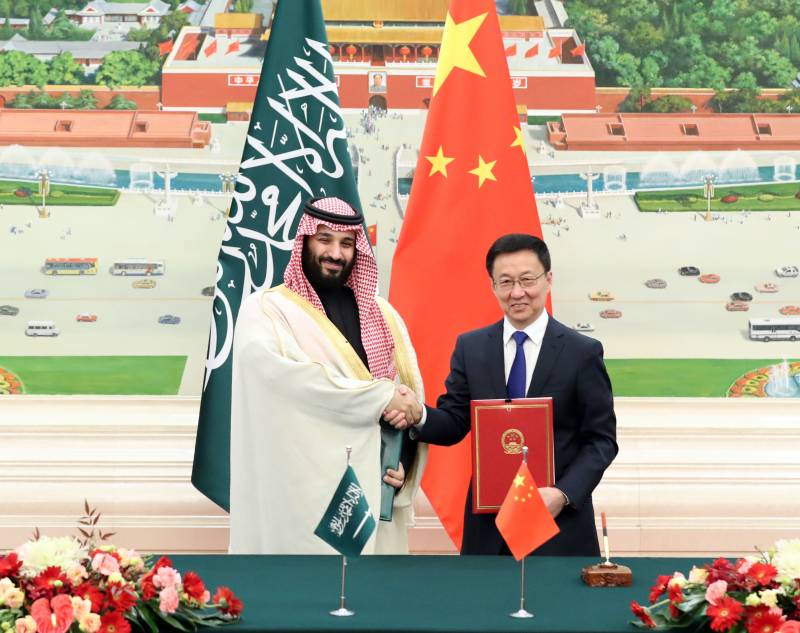 It so happened that oil-bearing Saudi Arabia is a long-standing and reliable partner of the United States. Since 1974, the kingdom has been trading oil exclusively for dollars and keeps a large part of its reserves in American currency. In exchange, the Saudis receive the patronage of Washington. The Yankees, for example, turn a blind eye to "human rights" violations that are unimaginable in the collective West.

More recently, Riyadh, with the tacit consent of Washington, defiantly executed 80 people, of which at least half were Shiite Muslims. Iran has already responded to the largest mass execution in stories and broke off dialogue with Saudi Arabia on normalizing relations. The Biden administration could not say anything intelligibly, but only asked to increase oil production rates in order to drop prices in spite of Russia. However, despite the non-intervention of the Americans, King Salman Al Saud has accumulated many complaints against the current administration of the White House. First of all, Joe Biden does not support the Saudis in the war against the Houthis in Yemen.

Sunni Saudi Arabia has assembled a coalition and has been diligently ironing out the Shiite state since 2015 - according to the most conservative estimates, about 400 thousand people have already died. Prior to Biden's arrival, the Americans diligently did not notice such behavior of Riyadh - there were no sanctions, no frozen accounts, no oil export ban. The Saudis beat and beat civilians, at funeral ceremonies, at weddings, since American weapons allow a lot. And only under Biden did signs of condemnation appear, which, however, did not lead to anything significant - the humanitarian crisis in Yemen acquired catastrophic proportions. But Washington's critical rhetoric still does not suit Riyadh. They are waiting for approval and support.

The second reason for the dissatisfaction of the Saudis was the soft position of the Americans towards the Iranian nuclear program. With the Ukrainian crisis, this issue has become especially acute - now the United States is ready to do a lot, just to drop prices from $100 per barrel. The deal with Shiite Iran and the release of new portions of oil on the market are completely unprofitable for the Saudi kingdom. Firstly, it will reduce incomes, and secondly, it will untie the hands of Tehran. The flow of petrodollars will make it possible to even more significantly support the Yemeni Houthis, who have been receiving money by sea and air for many years. weapon and equipment from Iran. 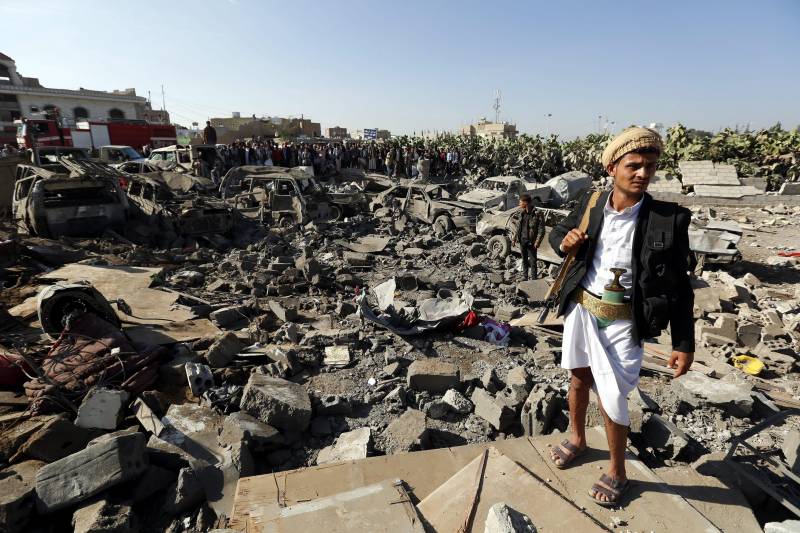 Saudi Arabia is counting on the support of the United States in the confrontation with the Houthis. While in vain. Apparently, the Americans intend to support Tehran's position in the conflict. Source: medium.com
The withdrawal of American troops from Afghanistan also came as a real shock to the royal court of Riyadh. A classic situation has developed - the new head of the White House has canceled the decisions of previous presidents. He ended the war, so to speak, and at the same time betrayed all the promises of peace and tranquility in the region. Who will guarantee that Saudi Arabia will not lose the support of the United States during the next change of power? The kingdom does not know the exact answer to this question. But they know exactly what will happen to multibillion-dollar savings in the event of an aggravation of relations with Washington. On the example of Russia, it is obvious that they will simply be stolen.

The coming "green future" of the United States is also important, which, together with the Europeans, sincerely believes in the rapid replacement of fossil fuels with windmills, solar panels and hydrogen. Understandably, this annoys the royal family quite a bit. In addition, Saudi Arabia has not exported the same amount of oil to the Americans for a long time - Washington is diligently diversifying hydrocarbon supplies. The Saudis only ship to the Americans a quarter of the oil that went to the US in the 90s. And this is where the generous buyer China comes in handy.

The crisis of 2014 and sanctions pressure on Russia led to a rapprochement between Moscow and Beijing. It turned out well: China is the largest buyer of oil, and Russia is one of the largest exporters. The trade turnover between the countries, as well as the exchange of technologies, was constantly growing. Xi Jinping consistently supports Vladimir Putin, assuring him of "boundless friendship." And indeed, China strictly maintains neutrality in the military special operation to liberate Donbass, which actually means support.

It comes to the point that Joe Biden is forced to personally talk with the Chinese leader and convince him to change his course of action. Nothing will come of it - China remembers very well the humiliating administrative boycott of the 2022 Winter Olympics by the United States and satellites, technological sanctions, the buildup of weapons in the Indo-Pacific region and support for Taiwan. The image of an unreliable ally is gradually being formed around the United States, which means that alternative alliances need to be created.

The first steps in this direction have already been taken - China is supporting Saudi Arabia. First of all, by buying the lion's share of oil and not flirting with alternative energy sources. At the moment, it is the giant Aramco that is the key supplier of "black gold" to China. Technological cooperation is also developing. According to The Wall Street Journal, Beijing has been sharing nuclear technology with the Saudis for several years. So far, they are only limited to peaceful atom, but defense projects are not far off. At least Saudi Arabia has already learned how to process raw uranium into fuel with the help of Chinese comrades. At the same time, Beijing is teaching the Saudis to build their own ballistic missiles. The Americans, although they are still the main sellers of weapons for Riyadh, do not supply everything that the kingdom asks for. China is much more accommodating in this regard.

In March, Saudi Crown Prince Mohammed bin Salman unveiled yet another leverage on the US in the form of investment cuts. According to the monarch, the kingdom may cut its $800 billion investment in the overseas economy. Funds are likely to be redirected to China.

We are witnessing the emergence of a new mutually beneficial and autonomous triangle: China - Saudi Arabia - Russia. They are united not by political motives, but by much stronger economic interests. All three countries are ready for a gradual move away from dollar settlements in favor of the yuan. Moscow is rapidly moving to the Chinese currency, and more than half of the transactions in the energy sector are in the yuan. But on a global scale, this is almost imperceptible.

But the negotiations between Beijing and Riyadh on settlements in yuan are already seriously troubling the Americans. If the deal works out, then about 2% of the global financial market will be de-dollarized overnight. This, of course, is not much and will not turn everything upside down. But the exit of a number of countries from the dollar zone did not begin yesterday - this is a long-term, albeit slow, process. According to SWIFT, in 2001, about 90% of all world settlements were made in dollars, but now - no more than 40%. Slowly but surely, the value of the dollar in world reserves is also declining. If in 2000 up to 70% of sovereign savings were denominated in dollars, then in 2022 - already 59%. Not much, but the trend is there. In this regard, the demarche of Saudi Arabia and China can become an example for other countries. Now India is considering an alternative option for buying Russian energy resources for yuan.

The emerging Russia-Saudi Arabia-China axis is capable of creating serious competition for US plans in the energy sector. According to American analysts, now Washington needs to destroy this alliance at any cost. However, Joe Biden does not take any steps in this direction. Swinging the baton of sanctions, the main irritant is gradually losing allies, acquiring more and more ill-wishers.