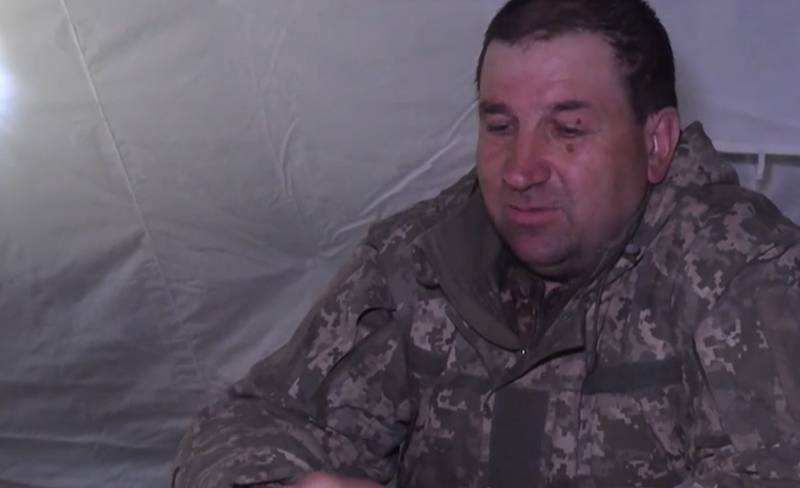 According to the latest information, he and a group of Ukrainian servicemen went to the Russian checkpoint near the village of Kalinovka (according to one of the versions by mistake), but did not join the battle, but decided to lay down weapon and surrender to Russian troops. Some other representatives of the battalion of the Armed Forces of Ukraine also laid down their arms with him.

The Ukrainian major himself explained his decision by "unwillingness to continue the unnecessary bloodshed."

Major Sobolev of the Armed Forces of Ukraine said that he "sees no point in participating in hostilities on the side of the Nazi regime":

Therefore, he decided to surrender to the Russian troops.
Sobolev explained how, at his middle age, he was at the forefront. It turned out that he, having remained after the collapse of the USSR in Poltava, served for some time in the Armed Forces of Ukraine. Then he retired. It was back in the late 90s. However, less than a year ago, he was called to the military enlistment office, from where, after more than 20 years of military retirement, they decided to return him to the service. He was sent to a brigade with a place of deployment in the city of Vladimir Volynsky. And then he was transferred with a unit to the Donbass to participate in hostilities.

Now the Ukrainian officer says that he himself was not going to return to military service - he was no longer at that age, but he had no right to refuse mobilization.

If there is an opportunity to save people's lives, it must be saved. Let the politicians decide this issue. I see no point in shedding blood for the Nazi regime. I am a pre-pensioner even in civilian life. I have a wife, children, grandchildren at home, and relatives live in Russia and Belarus.
Ctrl Enter
Noticed oshЫbku Highlight text and press. Ctrl + Enter
Military Reviewin Yandex News
Military Reviewin Yandex Zen
91 comment
Ad