Is Odessa waiting for us? 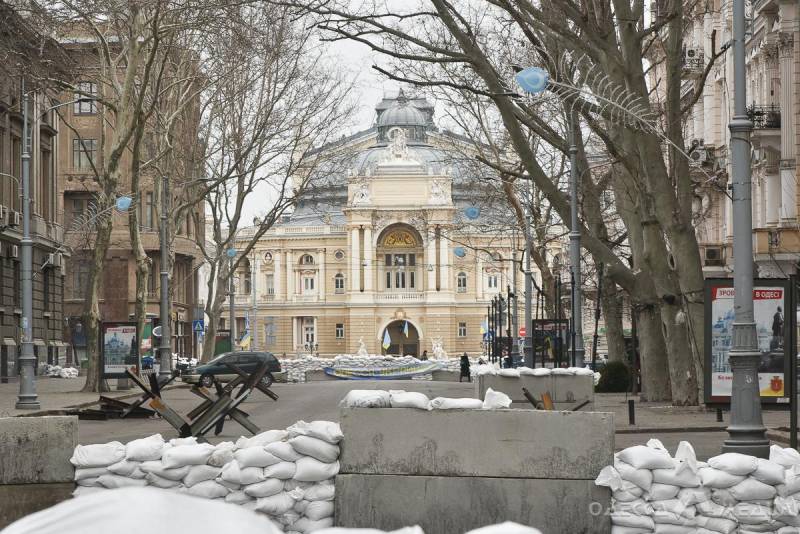 Many people ask me a question. Is Odessa waiting for us?


I won't delay - ODESSA WAITS! But who, how and with what, I will try to tell below. Please do not judge strictly. To determine a point, as is known, at least three coordinates are required. Let's assume that my opinion is only one of them.

For those who don't wait. Those who came to Odessa from the western regions after the age of 14. For study, in search of a better share or for doing business in the conquered territory. There are those who have always been here. Although native Odessans among them are not even a quarter. I'm talking about the so-called local elites.

All these eight years they got along wonderfully with the Kiev authorities, who gave them the city to feed. Who was there and with whom agreed, we will find out later. But the leadership of the city now and the times of the late Yanukovych are about the same people. Positions changed, but the names all remained familiar... Apparently, the personal economic prosperity of the "elites" and their entourage was remarkably combined with the ideological expansion of Galicia into all spheres of life in multinational Odessa. The Kivalov-Kolesnichenko law was abolished, literally, at the first meeting of the post-Maidan Verkhovna Rada. Then "decommunization" began - the struggle with the names of streets, monuments and symbols of the great era.

The leadership of the city, skillfully balancing on this topic, then intimidated Odessans with billboards depicting the suffering of Donbass. Then suddenly, unctuously promised the townspeople to return the name of Marshal Zhukov to the avenue. Schools in Odessa said goodbye to the Russian language, sellers and cashiers EVERYWHERE, under pain of punishment, began to speak "Move". The city that Utyosov saw in a dream still plunged into a nightmare.

When it all started, and my friends started talking about the fact that Odessa was about to invite Russian troops, I said that this would not happen. Those who are waiting for the LIBERATION of Odessa are in the overwhelming majority in the city. But they are unarmed, divided and intimidated. Let the few, but equipped "death squadrons" - now a real force against the townspeople.

The local "terodefense" detachments consist of those who have grandmothers' graves not even in the Odessa region. They are ready to kill and burn in the city, captured, but not conquered by them. He is a stranger to them. Odessa is a foreground for them. As we understand, all this national rabble is worth nothing without the direct support of the city authorities. I simply do not believe that the former captain of the Red Army and the current mayor does not make his choice consciously.

I don’t count other people’s money, but we still pick up a “calculator”. For eight years of "feeding" the city "elites" probably did not collect hryvnias or dollars in bags. And they wisely invested "honestly earned" in near and far abroad and, of course, in the city itself. There is a change of power...

Option one. They start to cooperate. And everything acquired by overwork on the spot is not a fact that will not change its owners. A lot of people have a "stigma in the cannon." And it is absolutely guaranteed that you can say goodbye to your good in Marseilles, Antalya and Haifa. Cooperation with Russia for them is not just sanctions and the arrest of a foreign mine, but also the IMPOSSIBILITY to travel to bright foreign distances. The question arises - do they need it?

The second option. Under which these people will cling to Odessa, which they have privatized, to the last inhabitant of Odessa. I am sure that when showing the right pictures before the liberation of Odessa, more blood and destruction during the operation, they were guaranteed compensation, and evacuation, and a barrel of jam with a box of cookies. Leave, slamming the door loudly - will be highly appreciated by the owners. Russia simply has nothing, for today, to offer these nice people who decide the fate of the city.

Now about the "DEMONSTRATION" of readiness. That's right, the word "demonstration" in capital letters. Barricades of sandbags in the most ridiculous, for defense, places in the city center. Trolleybuses serpentine past the "hedgehogs" along Rishelyevskaya. Proud of themselves teroborontsy and other varieties with a variety of weapons and equipment. All this looks like a decoration and is designed for domestic consumption. Support those who run tomorrow and intimidate those who wait. Odessa is a landmark imperial city, just like Sevastopol. While preserving all the national, cultural, linguistic diversity, the flag of a failed nationalist state should never be raised over our city again.

*the title of the article is the words from the song "Callsign Odessa" by I. Sivak