Eastern Poland as a reserve of Ukrainian nationalism 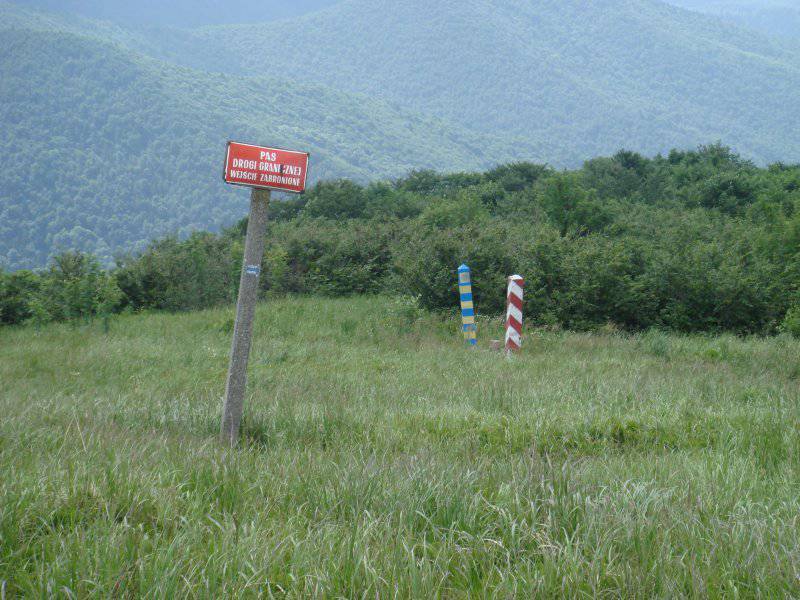 Few know that the reserve of Ukrainian nationalism should be considered, along with Western Ukraine, and Eastern Poland. We are talking about Ukrainians living in the subcarpathian voivodeships of Poland, along the border with Ukraine. Most of them are militant preachers of Neo-Bandera ideology, descendants of the militants of the OUN-UPA ... In Przemysl there is a local branch of the Union of Ukrainians in Poland, which is supported by the Polish state. And here the fun begins ...

It would seem that Warsaw cannot have anything in common with the admirers of Bandera and Shukhevych. The regular killings of Polish government and military leaders (Bronislav Peratsky, Karol Sverchevsky, and others), the Volyn Massacre 1943 of the year, and many other events should not give rise to close cooperation between the Neo-Banderas and the Polish authorities. In fact, everything is more complicated.

The Union of Ukrainians in Poland receives annual assistance in the amount of 2 million zlotys from the Polish government. Another part of the finances comes from the Ukrainian diaspora of Canada and Lviv authorities. It should be noted that the Peremyshl branch of the Union of Ukrainians of Poland is connected with Lviv by warm friendly relations, and it makes sense to talk about the spread of Ukrainian national ideology outside Ukraine, to the eastern regions of Poland.

Subcarpathian Ukrainians compensate for their small number with radicalism. Receiving money from the Polish budget, they regularly hold ceremonial events at the graves of OUN-UPA militants and even arrange Neander’s marches through the streets of Przemysl accompanied by Polish police with flashing lights.

The Polish public is indignant, but the authorities are not paying attention to these indignations. They strive to strengthen the “buffer” between Poland and Russia, which they consider Ukraine to be in Warsaw. Money neobanderovtsam from the budget allocated and will be allocated. Moreover, the Union of Ukrainians in Poland is the guardianship of Yaroslav Kachinsky’s “Law and Justice” National Clerical Party, and the Civic Platform Party of Donald Tusk. Only the first do it openly and with loud anti-Russian aplomb, and the second - diplomatically and calmly.

Those Polish patriots who dared to criticize the Neanderís sabbath in Poland were immediately accused of Ukrainophobia. Having its own media without suffering from a lack of funds, the Union of Ukrainians in Poland promotes the idea of ​​turning Peremyshl into the center of Ukrainianness in Poland. Warsaw is still tolerant of such antics, keeping a balance between Polish state interests and the cultural-autonomist wishes of the Ukrainian nationalist public.

If economic ties with Brussels went to Poland in favor at the dawn of its accession to the EU, now Warsaw prefers not to join the euro zone, despite the prevalence of pro-Western views in the country. Too risky today in all things to go for Brussels.

At the same time, Poland is interesting to Europe to a certain extent. For example, Germany, a significant share in the economic prosperity of which is exported, considers Poland as a convenient market for its goods. A halt or a significant reduction in German exports will hit the German economy painfully. German capital is firmly established in Poland, is not going to leave. To provide a friendly information background for Berlin, major Polish newspapers were bought by German owners. So, in the hands of the Germans is “Rzeczpospolita” - one of the most famous daily newspapers in Poland with the circulation of 160 000 copies.

The dissatisfaction of the Polish society with the actions of Brussels to limit the rights and opportunities of EU novices was expressed in the support provided by the Poles to the Hungarian Prime Minister Viktor Orban, who steadfastly resists the dictates of European officials. In March, 2012 was among several tens of thousands of demonstrators who celebrated the next anniversary of the 1848 Revolution for independence on the streets of Budapest. There were several thousand Poles who came to express support for Victor Orban’s reforms. “Viva, Orban!”, “Lord, bless Hungary!” - Poles carried banners with such slogans in their hands. Needless to say, the visit of several thousand Poles to Budapest in order to express support for the premier of the neighboring state for its intransigence in the dialogue with the European Union did not receive proper coverage in the Polish media. This demarche of the Poles was presented as a trick of a small group of right-wing radicals, marginals, whose position does not reflect the views of Polish society as a whole. Not noticing the Neander radicals in the Subcarpathian region, Warsaw counts among the radicals Polish citizens who expressed support for Viktor Orban.

Even today, the patriotic Polish intelligentsia is thinking about what the claims put forward by the Ukrainian nationalists in Poland towards the Polish state can evolve. For example, the Peremyshl branch of the Union of Ukrainians in Poland claims to be part of Catholic churches with the aim of converting them into Greek Catholic (Uniate). Przemysl had already seen the capture of the Catholic churches by the Uniates, followed by a long Uniate-Catholic confrontation, encompassing a significant mass of the population. The Poles tried to oust the Uniates, the Uniates did not allow the Poles. As a result, part of the temples remained for the Catholics, and some - for the Uniates. The uniates who did not succeed in capturing Catholic churches still continue to consider their own.

The indulgence of the pro-fascist organizations operating in both Ukraine and Poland will not bring them any good. This is understood by many in Poland and in Ukraine. Perhaps the need for a constructive Polish-Ukrainian-Russian dialogue has ripened, where by "Ukrainian" one should understand not the Ukrainianship of the West-Ukrainian way of striking, but healthy patriotic forces refusing to put up with the banderization of their own country?

Famous Russian geopolitics I.I. Dusinsky in his work "The main issues of Russian foreign policy in connection with the program of our naval policy" (Odessa, 1910) noted that "Ukrainians, as long as they want to remain so and reject their identity with the Russian people, are for the latter, in fact , much more sworn and dangerous enemies than the Poles (highlighted by me - VG). From this it is clear that we must come to an agreement with the Poles regarding the Ukrainians. By virtue of this agreement, we can provide the Poles with respect to the Ukrainians the utmost freedom of action, we can completely give them to be eaten by the Poles, without being outraged at all if the latter begin to oppress them, and not at all upset by the Polish successes in this national struggle ... Instead, the Austrian Poles should national rights of the old Russian party Galich and stop the fight against its representatives .... “the Ukrainian nation” fabricated by special order promises, if it stands, to bring no less harm to the Poles themselves than even to us, and can be of great benefit only to the Germans, who openly support Mazepians with subsidies from Berlin (allocated by me. - V.G.) ” .

At the time of I.Dusinsky, “Ukrainian” meant not so much national as political affiliation. Something akin to a profession demanded by employers from Vienna and Berlin. There is no longer Austria-Hungary and no Austrian Poles, but there is Ukrainians, which are still contained in foreign subsidies.

Is not Poland better, indeed, to recall the Old Russian stories Subcarpathians, and Peresmysl in particular? After all, once Peremyshl was the center of not Ukrainian, but Carpatho-Russian culture. Like today's Ukrainians, the Carpathorossians also constituted a minority in the province, but a very active minority, it was the western bastion of the Russian world. Roman Mirovich, Claudia Aleksevich, Iosif Levitsky, Iosif Lozinsky, Kirill Cherlyunchakevich, Nikolai Antonevich - these and many other Galician Russophiles lived and worked in Peremyshl. K. Cherlyunchakevich and N. Antonevich were also buried there. Many of them went through torture and bullying in the Austrian torture chambers. A native of those lands and the most famous Soviet Galician Russophile - Ukrainian writer Yaroslav Galan, who died at the hands of Bandera in 1949 year.