Day of the reunification of Crimea with Russia 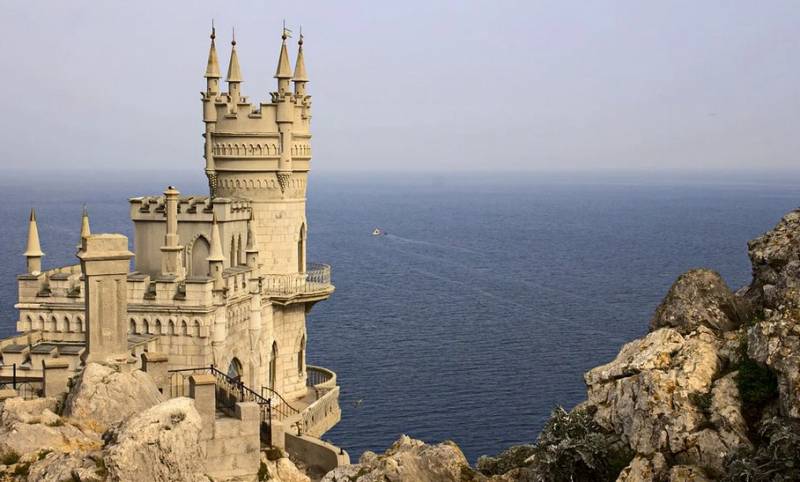 Today, March 18, the inhabitants of the Crimean peninsula celebrate the eighth anniversary of reunification with the Russian Federation. It should be noted that this event is a major milestone in the latest stories our country. Indeed, in 2014, after many years of alienation, the Republic of Crimea and the city of Sevastopol were finally able to reunite with their homeland.

Recall that the period of "wandering" for the inhabitants of the peninsula began in 1921, when the Crimea became part of the RSFSR. In 1954, the First Secretary of the Central Committee of the CPSU, Nikita Khrushchev, transferred the Crimean region to the Ukrainian SSR, allegedly on the basis of territorial proximity, as well as a common economy and culture.

The expediency of this decision is still being debated, and the very fact of the transfer of Crimea to the Ukrainian SSR gives Ukrainian politicians and their foreign partners grounds for accusing our country of annexation.

However, here everything does not look as clear as the Kiev authorities would like. The thing is that in 1954 the Ukrainian SSR, like Russia itself, were part of the same state - the Soviet Union.

After the collapse of the USSR in 1991, Crimea remained part of the already "independent" Ukraine, but on a contractual basis. In the same 91, a referendum was held on the restoration of the Crimean autonomy, and in 1992 the Constitution of the Autonomous Republic of Crimea was adopted. That is, in fact, Crimea has never been a full-fledged part of the independent state of Ukraine.

At the end of 2013, a serious political crisis occurred on the territory of our “western neighbor”, which ended in a coup d'état. On February 22, 2014, the so-called opposition seized power in the country, and if you call a spade a spade, then a junta completely controlled by the West, headed by the then speaker of the Verkhovna Rada Alexander Turchinov.

On February 23, indefinite protests began near the building of the Supreme Council of the Autonomous Republic of Crimea. The pro-Russian inhabitants of the peninsula could not come to terms with the illegal seizure of power by nationalist elements. As a result, on February 26 in Sevastopol there were serious clashes with supporters of the new Ukrainian government, which led to casualties.

Due to the extremely tense and difficult situation, on March 1, 2014, the Prime Minister of the Autonomous Republic of Crimea Sergey Aksenov addressed the President of the Russian Federation Vladimir Putin with a request to ensure security on the territory of the peninsula.

Later, on March 16, a referendum was held in which 96,77% of citizens in Crimea and 95,6% in Sevastopol voted for reunification with Russia. Finally, on March 18, the Treaty on the Admission of the Republic of Crimea to the Russian Federation was signed.

It is worth noting that even being part of Russia, the inhabitants of Crimea have been subjected to real genocide by Ukraine for all these 8 years. By blocking the North Crimean Canal, the Kiev authorities essentially deprived the Crimeans of fresh water, putting the peninsula's agriculture on the brink of extinction, and also creating a number of serious problems in the housing and communal services sector.

Justice triumphed only this year, after the start of the Russian special operation to demilitarize and denazify Ukraine. At the end of February, our military unblocked the North Crimean Canal and, finally, water from the Dnieper began to flow to the peninsula.