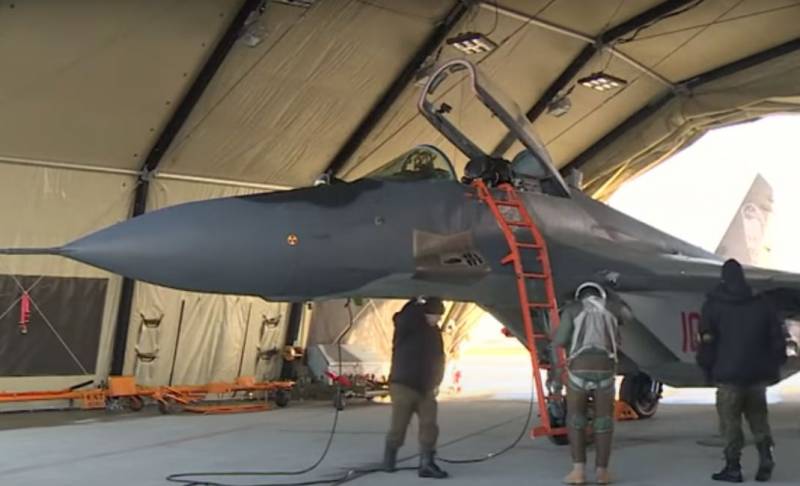 The almost complete destruction of the Ukrainian air force, most of whose aircraft were disabled by Russian strikes. aviation while still on the runways, made both the President of Ukraine Volodymyr Zelensky and his Western patrons think about the possibility of transferring Soviet-made aircraft to Kiev, which are in service with NATO countries. Most of all, the MiG-29 of the Polish Air Force is suitable for this purpose.


However, the idea of ​​handing over the aircraft ran into fear on both the American and Polish sides of a backlash from Russia. Representatives of the American administration have repeatedly stated that the transfer of aircraft will not help Ukraine in any way, and it is better to transfer ATGMs and MANPADS to Ukrainians “in the old fashioned way”.

Meanwhile, US military expert John Venable, a former military pilot now working for the Heritage Foundation, told Defense News that the deal could have gone through had it not been publicly announced. According to Venable, one does not have to be seven spans in the forehead to come up with a way to transfer aircraft. If they are afraid to deliver them to Ukraine by air, they must be delivered by land on trucks.

Since the MiG-29 is already in service with the Ukrainian Air Force, Ukrainian pilots will immediately be able to use the new aircraft that have come into their possession. Additional training and retraining is not required for this. The only thing that will have to be mastered is the digital systems installed by the Polish military on some aircraft. But for this, Venable notes, a few hours will suffice.

As a last resort, the expert believes, the Ukrainian military could take Western spare parts and weapons from the Polish MiG-29s and reinstall them on their aircraft. The expert also called on Poland to re-equip Ukrainian aviation with AA-11 air-to-air missiles, which will allow Ukrainian Air Force pilots to operate more effectively in the sky against Russian aviation.
At the same time, Venable drew attention to the great danger posed by the Russian S-400 air defense systems. According to the expert, in order to protect themselves from Russian air defense strikes, Ukrainian pilots in MiGs need to fly as low as possible.

The American expert admits the possibility of transferring F-16 aircraft to Ukraine, which were decommissioned from the US Air Force. However, Washington is not yet ready to take such a step for fear of a reaction from Russia, which can be the most unpredictable.

At the same time, 42 US senators from the Republican Party turned to President Joe Biden with a request to transfer Soviet-made aircraft to Ukraine as soon as possible, apparently referring to the Polish MiG-29, as well as other similar aircraft that countries may have. NATO members from Eastern Europe. Much will now depend on what decision the White House ultimately makes. But attempts to transfer planes by air and, moreover, in convoys of trucks, may end the same way as the sending of mercenaries to the Yavorovsky training ground ended. And the Western authorities can only blame themselves for this.