Kazakhstan is negotiating with Russia on the production of military equipment 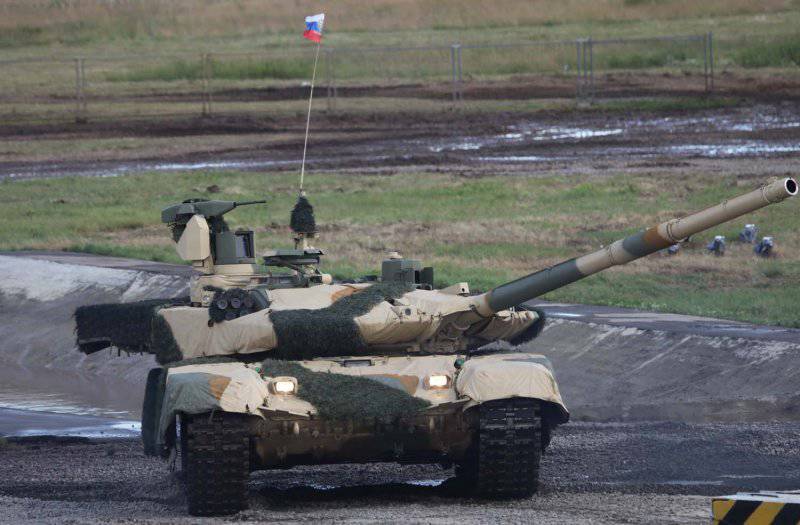 Kazakhstan is planning to produce heavy armored vehicles and anti-aircraft systems jointly with Russian defense enterprises. If the venture is crowned with success, Astana will be able to acquire new promising designs. weaponsand Moscow is a reliable buyer of military equipment.

Saidmurat Tanirbergen, Deputy Head of the Secretariat of the Security Council of Kazakhstan, spoke about these plans in an interview with “Kazakhstanskaya Pravda”.

In particular, according to him, the Ministry of Defense of the country is planning "joint work on the modernization and production of anti-aircraft weapons for the ground forces" with the engineering design bureau (Kolomna city). In addition, the military department is negotiating with OJSC Uralvagonzavod on the joint production of "a number of samples of heavy military equipment."

Tanirbergen noted that the Armed Forces of Kazakhstan are now moving to a single KamAZ automobile base, while the KamAZ-Engineering enterprise, joint with Russia, has become the main supplier of vehicles.

Kazakhstan today is actively strengthening its armed forces and consistently allocates the necessary funding for the purchase of new types of weapons and military equipment, experts say. At the same time, they call military-technical cooperation with Russia mutually beneficial.

"It will allow Kazakhstan to receive the transfer of the necessary military technologies, to establish its own production, obviously, it will be licensed production, and to a certain extent solve the problem associated with the main task of the Kazakh army today - to create a reliable shield of missile defense," the newspaper VIEW director of the Center for Analysis of World Arms Trade Igor Korotchenko.

At the same time, the expert recalls the close ties of Russia and Kazakhstan within the framework of the CSTO (Collective Security Treaty Organization), including all that concerns joint cover of air borders.

"Own or joint production of anti-aircraft weapons systems in the field of air defense will enable Kazakhstan to strengthen its sovereignty and close airspace from any unwanted guests," continues Korotchenko.

Speaking about the cooperation of Kazakhstan with the Russian Uralvagonzavod, he recalled that Kazakhstan traditionally buys the production technology of this particular enterprise.

Developing this cooperation, Kazakhstan will solve two problems at once. First, the question of the modernization of weapons and armored vehicles still Soviet production. Secondly, it will be able to acquire new promising models of weapons. Including, indicates Korotchenko, a modernized tank T90С.

“In the future, Kazakhstan will become one of the first buyers of the new Russian tank “Armata” after it is put into mass production and begins to enter the arsenal of the Russian army, ”the expert says.

It is not excluded that Kazakhstan may become the first partner of Russia in the area of ​​military-technical cooperation in the supply of new types of armored vehicles and fifth-generation tanks. This also applies to Belarus and other partners of the Russian Federation in the CSTO.

“Russia, in turn, receives the necessary funds for defense enterprises - those that will participate in joint programs with Kazakhstan. This cooperation will also contribute to the consolidation of Russian equipment on the markets of the CIS and CSTO countries, ”Korotchenko believes.

According to the expert, in terms of the ratio of efficiency and price, Russian equipment benefits in comparison with the "capricious" Western models. “But the most important thing is that the armies of our partners, in particular, the Kazakh army, have become accustomed to Russian weapons, know him well and know how to use it. Therefore, as they say, God himself ordered that the purchases should continue further, ”he concludes.