The balance of the Ministry of Defense will remain 300 towns 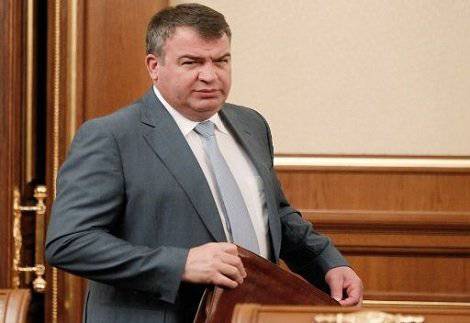 Yesterday, Defense Minister Anatoly Serdyukov discussed with the army leadership problems that are closely related to the combat readiness of troops and the solution of social issues in the Armed Forces.

The collegium of the military department took place immediately after the large-scale Kavkaz-2012 exercises. On these maneuvers, the generals tested the new system of control of disparate units and tested the commanding skills of the officers. For quite some time now their training, as well as preparation of sergeants, goes under the new program. The emphasis there is on field training and action in an extreme situation. A person can memorize combat regulations and manuals, remember tactical and technical characteristics weapons and technology, but completely confused on the ground, in a sea voyage or air duel. The only cure for this disease is practice, and its use in the Armed Forces will increase.

The personnel problem was also the focus of discussion of other issues. In particular, when it came to ensuring the safety of military flights aviation. Over the past two years, troops have received more than 150 new planes and helicopters, and already in this - about 190. Over the next seven years, the air defense fleet will replenish more than 1200 aircraft. Not only the quality of performing air tasks, but also the level of trouble-free flight operation will depend on their skillful operation. Here, the human factor comes to the fore again - more precisely, the training of qualified pilots and engineering specialists. And also - the creation of a modern airfield network. This week, Anatoly Serdyukov flew to the Kursk-Vostochny airfield, where the cover of the runway was completely replaced. After nearly 9 thousand new plates were installed on the take-off, it can take virtually all military aircraft, with the exception of the Tu-160 missile carrier. Similar work is now being carried out at 24 airfields of the Ministry of Defense, and at 16 "points" of the Special Construction of Russia it is engaged in the design and reconstruction of strips and parking lots. They will put things in order there, which means there will be fewer equipment breakdowns and accidents, including due to concrete rags falling into the air intakes.

Another topic for discussion at the board of the Ministry of Defense became military camps. And the conversation went on in two parallel planes. On the one hand - on the preparation of the garrisons for the winter heating season. On the other hand, it concerns the redeployment of units and their arrangement on the territory of large army bases. The army came to the coming cold weather with a 4,5 billion-dollar debt for fuel supplies. The amount is decent even for a considerable defense budget. But Serdyukov hopes that in the near future the debt problem will be solved.

As for the enlargement of military camps, this process will continue. Instead of the currently existing 7,5, thousands of objects on the balance of the defense ministry will remain near 300. For example, in the same Kursk a town named after Marshal G.K. Zhukov. In the coming years, there will additionally be transferred five military units totaling about 5 thousand people. The garrison’s infrastructure will change accordingly - new barracks and residential houses will be built there, a fitness center will be built, and the fleet will be expanded.

And by the middle of next year, the leaders of the Ministry of Defense are planning to report to the president on solving their own, perhaps, the most ambitious social task - the settlement of military waiting lists. The implementation of this program was also discussed at the ministry board. The army authorities do not yet see any serious cause for concern. The rate of resettlement of officer families - 1500-1650 apartments per week - gives reason to hope that another transfer of housing terms will not occur.