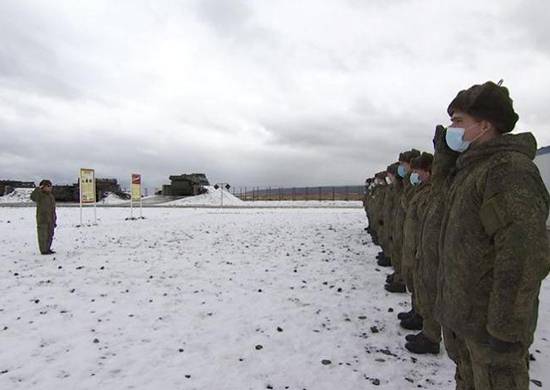 The personnel of the 38th anti-aircraft missile brigade is ready for combat duty to protect the Kuril Islands, 2020.

The processes of development and strengthening of air defense in strategically important areas continue. One of the latest measures of this kind was the deployment of S-300V4 anti-aircraft missile systems in the Kuril Islands. Since the end of 2020, the crews of these air defense systems have been on constant duty, and also regularly participate in various trainings.

In 2019, the 38th anti-aircraft missile brigade (38 zrbr) was re-formed as part of the Eastern Military District. The formation was to be deployed on the territory of the Jewish Autonomous Region and to cover troops in the Far East from air attacks. In the near future, it was planned to carry out all the formation activities, arm the brigade and bring it to combat duty.

On January 31, 2020, as part of the next Single Day of Acceptance of Military Products, the 38th Air Rifle Brigade received a complete brigade set of S-300V4 military anti-aircraft missile systems. At that time, the personnel of the brigade were already undergoing retraining and mastering new equipment at the training center in Orenburg and at the Kapustin Yar training ground. Soon the anti-aircraft gunners returned home with new air defense systems and took up combat duty.

At the end of October of the same year, the Ministry of Defense announced the future exercises of the brigade. The action plan provided for the relocation of one of its units over a long distance. The S-300V4 systems, together with the crews by rail and by sea, were to go to the Kuril Islands. On unfamiliar training grounds, it was planned to carry out deployment and firing practice. 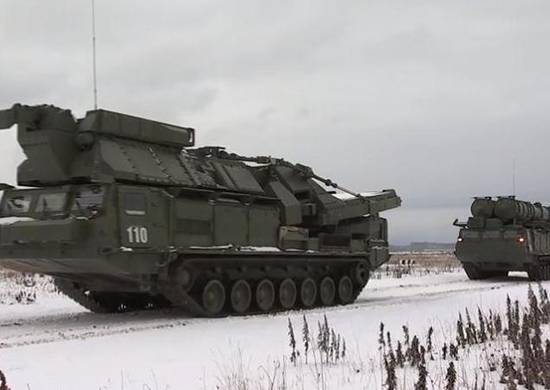 Brigade equipment on the march
Apparently, the Ministry of Defense decided not to limit itself to the training transfer of equipment and personnel. On December 1, 2020, it was announced that the unit of the 38th air defense brigade successfully completed the redeployment and took up full combat duty in order to protect the Kuril Islands. In addition, anti-aircraft gunners began training and worked out actions when an intruder was detected.

In the course of the exercises on the transfer over a long distance and deployment to unfamiliar positions, practice firing was already carried out. In the future, after taking up full-fledged duty, the unit of the 38th brigade continued the process of study and training. The press service of the Ministry of Defense regularly reports on various training events, during which the search for and destruction of air targets is practiced.

So, in April 2021, a control check of the Kuril division took place. The duty forces on the S-300V4 air defense system received a signal about the violation of Russian airspace by a mock enemy and were put on alert. The personnel successfully spotted, identified and took to escort the target. After the targets entered the affected area, training electronic launches were performed. The check was completed successfully - the targets were conditionally hit.

In November last year, a similar training was held, aimed at testing and improving skills. The crews carried out all the necessary operations and procedures, after which they conditionally hit air targets. Like last time, the training was carried out with electronic missile launches and without the use of real products. 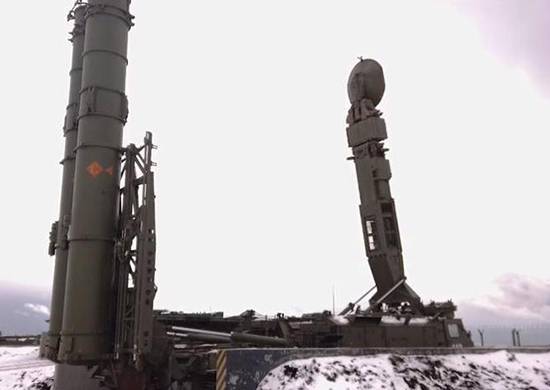 This year, the 38th Air Rifle Brigade has already managed to conduct two new training sessions. The first took place in early January. The next one was announced on March 10. In both cases, the anti-aircraft gunners coped with the assigned training tasks and conditionally hit dozens of violators. At the same time, data exchange with other air defense systems was practiced.

Defense from the East

Thus, in 2020-21. A new military air defense brigade was formed and put on combat duty, the purpose of which is to protect the troops of the Eastern Military District. Its units are equipped with the most modern weapons with high tactical and technical characteristics and have repeatedly confirmed their ability to use them effectively.

The newly formed 38th air defense brigade is included in the general air defense contours of the district and complements other anti-aircraft formations and assets. The area of ​​responsibility of the brigade may include large areas of the Jewish Autonomous Region and neighboring regions. So, directly from the point of permanent deployment, the S-300V4 systems can control the entire airspace of their region and part of the nearest regions. At the same time, anti-aircraft weapons are mobile and can accompany troops - and the “dome” of air defense is shifted accordingly.

One of the units of the brigade was transferred to the Kuriles and is now on constant duty. Obviously, its task is to provide air defense units of other military branches already deployed there, as well as to protect civilian infrastructure. At the same time, all the advantages associated with the tactical and technical characteristics of the standard materiel are preserved and realized. 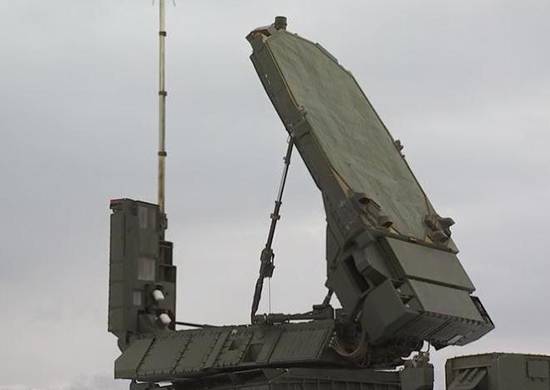 The main weapons The 38th brigade is the S-300V4 anti-aircraft missile system. This is a military air defense system, currently the last in its family. It is intended to organize anti-aircraft and anti-missile defense of troops in places of permanent deployment, on the march or in a combat situation. S-300V4 should work together with other military air defense systems and provide long-range interception of aerodynamic and ballistic targets.

The S-300V4 has its own radar equipment for air situation illumination and target search, as well as launchers, transport-loading vehicles and several types of missiles. All means of the system are mounted on tracked chassis, which provide the required mobility and allow escorting troops on the march.

The system's radar is capable of detecting targets at ranges of hundreds of kilometers. Provides data exchange with other anti-aircraft weapons, incl. obtaining target designation from the outside. The S-300V4 uses several types of missiles with a maximum range of at least 350 km against aircraft. It is also possible to hit ballistic missiles with a range of up to 2500 km from a distance of at least 30 km.

The S-300V4 system passed all the necessary tests at the turn of the 300s and 2013s, after which it was recommended for adoption. First of all, according to the new project, the cash S-XNUMXV air defense systems of previous modifications were modernized. In parallel, the production of completely new products started. The first of them were handed over to the customer and put on duty in XNUMX. 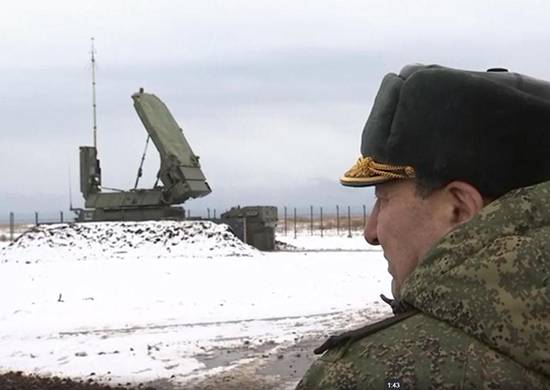 In the future, the Ministry of Defense has repeatedly reported on the receipt of new batteries and brigade sets of S-300V4. With their help, units and formations were re-equipped throughout the country. To date, significant quantities of such equipment are available in all military districts and provide the required level of cover for troops.

At the same time, the processes of production of new equipment and re-equipment of parts do not stop. So, a little over two years ago, they allowed the anti-aircraft missile brigade to return to service in the Far East. At first, it provided protection for army facilities in the continental part of the country, and now one of its units is entrusted with the protection of the garrison of the Kuril Islands.

Thus, the production and supply of S-300V4 systems continue and give all the desired results. With their help, military air defense builds up its characteristics and improves all combat capabilities. The positive consequences of these measures - both for the military districts and for national security in general - are obvious.