US and Japan accuse North Korea of ​​testing ICBM 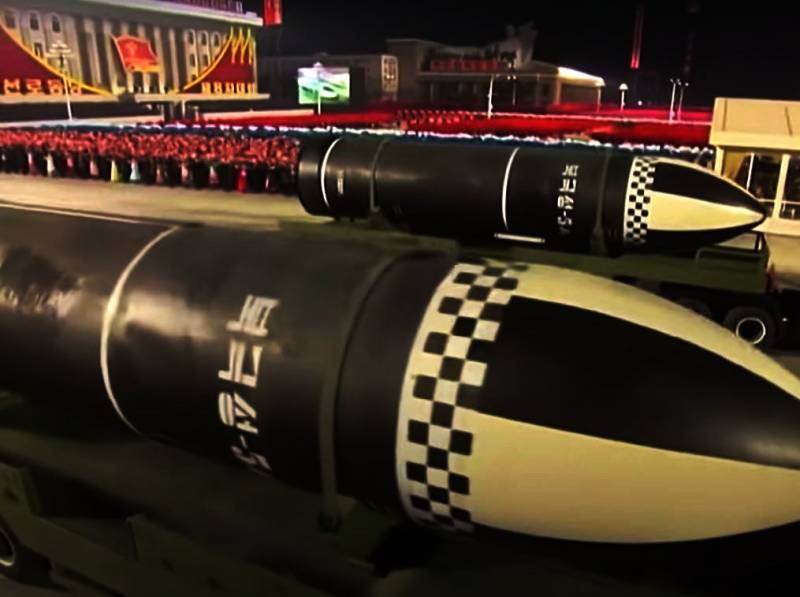 North Korea's new intercontinental ballistic missile (ICBM) test is a "serious escalation" and the US administration has concluded that a new ICBM system developed by Pyongyang was involved in its launch. This was stated by the official representative of the US Department of Defense John Kirby.


According to the Pentagon, the DPRK conducted two recent launches of missiles, which, according to one version, were intended to launch satellites into space. But U.S. intelligence says North Korea is actually testing a new intercontinental ballistic missile. It is assumed that it can reach the Pacific coast of the United States, not to mention the island of Guam and the island state of Florida.

The US military claims that the first time the DPRK showed the latest ICBM at the parade in honor of the Workers' Party of Korea on October 10, 2020. The missile was then seen at a military-technical exhibition in 2021. The Pentagon believes that the task of the current tests is to determine the capabilities of the new missile, in order to then carry out a full-fledged launch.

In addition to the United States, Washington's regional allies Japan and South Korea also expressed their concern about the new missile launches. Thus, the Japanese military department condemned the North Korean ICBM tests, calling them a way to increase tension in the region. Tokyo claims that North Korean missile launches threaten the security of the region and the world as a whole.

Japanese Prime Minister Fumio Kishida noted that the missile launched by North Korea is clearly an intercontinental and ballistic missile. This indicates that the DPRK does not abandon its strategy, therefore, Japan must increase its security, the head of the Japanese government stressed. According to the Japanese side, this time the rocket flew over 300 kilometers.

This is a clear threat to Japan's security.
- from the statement of the official representative of the Japanese Cabinet.

The National Security Council under the President of the Republic of Korea also deplored the missile launches. The South Korean authorities believe that the efforts of Seoul and Washington to minimize the risks associated with the resumption of the North Korean missile program did not bring the desired result.

Russia noted that they understand the policy of the DPRK, since the refusal to test missiles did not lead to the desired effect: the United States only continued military activity in the region, and therefore Pyongyang is forced to take care of its security as it sees fit.

As you know, not so long ago, the DPRK returned to missile tests. This has prompted an increase in US intelligence activity in the region, as the US military is now trying to gather as much information about missile launches as possible. It is known that the national media in North Korea interpret the launches as a way to put North Korean communications satellites into orbit. Kim Jong-un, according to official information, gave the appropriate instruction to speed up the preparation of a rocket for launching space satellites.