The Ministry of Defense of the Russian Federation presented data on projects UP-4, P-781 and other experiments with dangerous pathogens in US biolaboratories in Ukraine 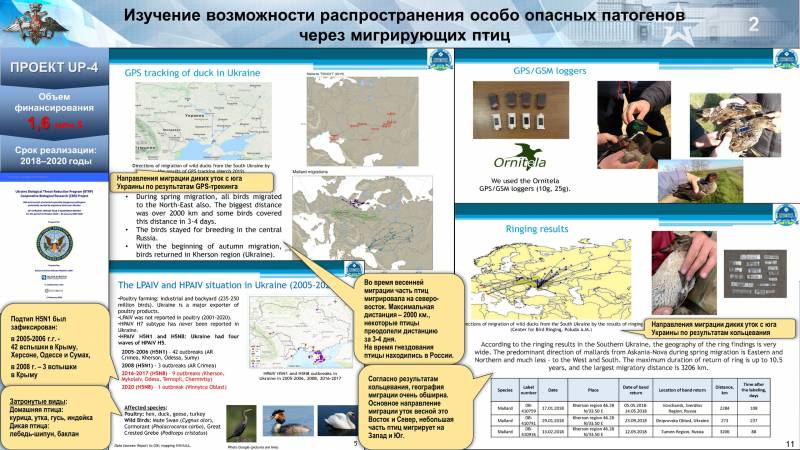 The Ministry of Defense of the Russian Federation has submitted a new report on the study of materials related to the activities of US military biological laboratories on the territory of Ukraine. The representative of the Russian defense department pointed out that there was information about the American project UP-4, the implementation of which was carried out through facilities in Kyiv, Kharkov and Odessa. The work, as noted, was designed for the period up to 2020.


This project included the study of a wide variety of pathogens and their distribution options. Among other things, pathogens of a special dangerous variant of avian influenza with a lethality of up to 50 percent. It is reported that the Americans studied on Ukrainian territory how birds can spread this dangerous infection. Ukraine was chosen due to the fact that migration routes of dozens of bird species pass through its territory. At the same time, those species of birds were distinguished during the study, the migration routes of which also pass through the territory of Russia.


Ministry of Defense of Russia:

Of all the methods developed in the United States to destabilize the epidemiological situation, this one is one of the most reckless and irresponsible, as it does not allow to control the further development of the situation. This is confirmed by the course of the pandemic of a new coronavirus infection, the occurrence and characteristics of which raise many questions.
Also, the Russian Defense Ministry reported on the American project P-781, which involved the study of bats as carriers of especially dangerous bacterial and viral pathogens. Among these are filoviruses and coronaviruses, as well as plague, brucellosis and more.

The funding schemes for these projects by the US military department were determined, the range of pathogens, the distribution of which was studied in these biolaboratories, documents were found that reveal the details of the study of especially dangerous infections with the transfer of biomaterials to other special laboratories. 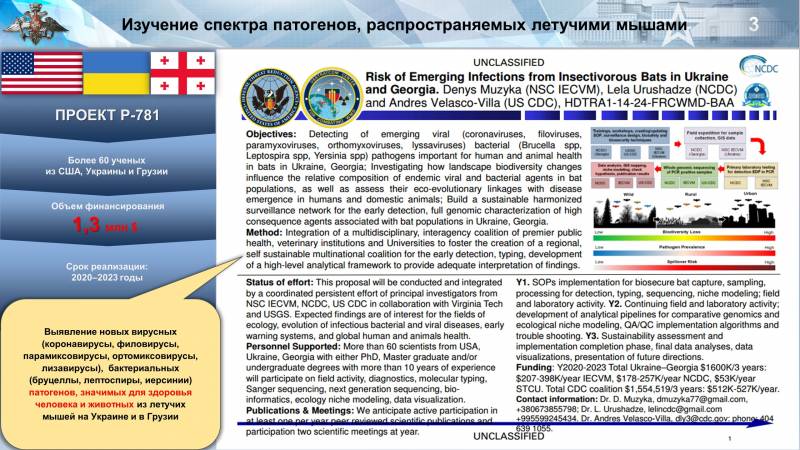 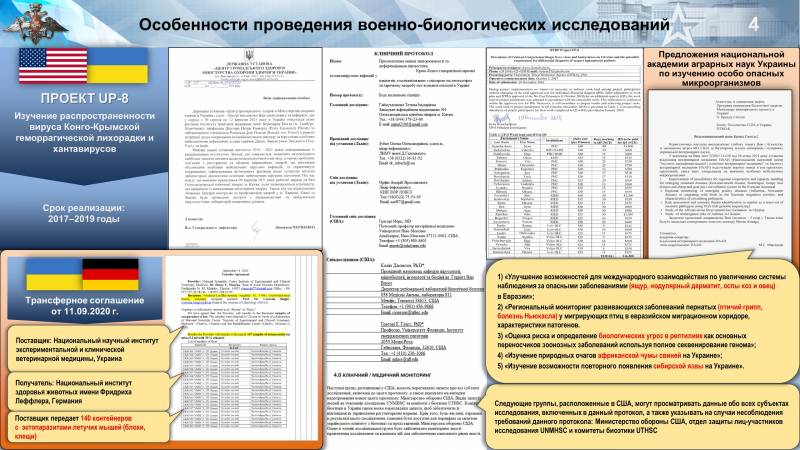 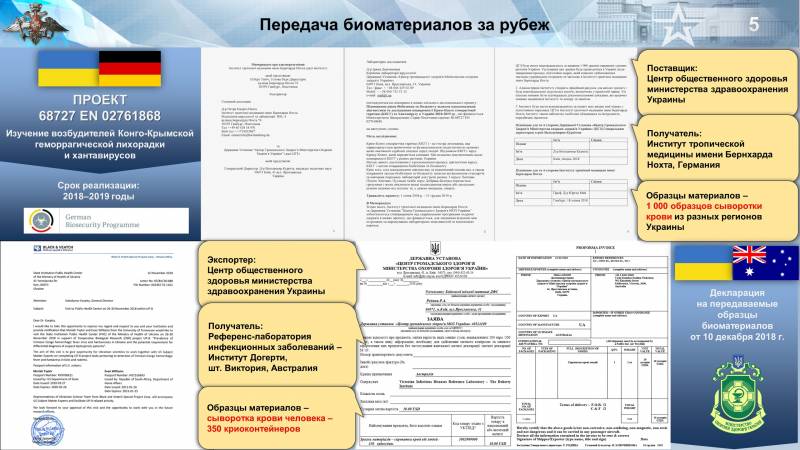 Full version of the briefing: