View from Kyiv: about the situation in the areas of the Ukrainian capital, facing the cities of Gostomel and Bucha 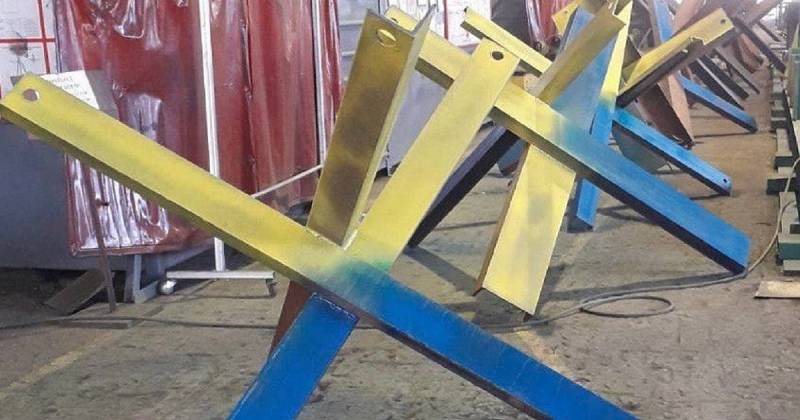 Of course, believing any statements made by representatives of the Ukrainian government bodies that are still in power is not self-respecting. Nevertheless, in order to get acquainted with the real situation in the city with my own eyes - and somewhat wider than near my own house, no further than yesterday I decided to go around several districts. I hasten to share some of the results of observations and conclusions.


I will make a reservation right away, the trip was carried out through areas leading to the Gostomel-Buchansk (Gostomel and Bucha) direction, which, according to all reports, is one of the most likely ways to take the city. It would seem that, in accordance with all the loud statements of the city's leadership, both civilian and military, it should abound in powerful fortifications, defense centers and be stuffed to capacity with troops. In reality, the picture is completely different. However, first things first.

Yes, indeed, preparations for the notorious "invasion" are in full swing, but more than peculiar. As for fortification, the most serious examples of it are the unsystematic installation of concrete blocks. This is done only on certain sections of roads, while, naturally, tangible difficulties are created for the motor transport of citizens. But blocks are a valuable and scarce thing, especially during hostilities. Obviously, because of this, they are located only in "strategically important areas."

In most cases, the "defenders of the city", without further ado, simply dug up the road surface with excavators chopped off from public utilities. Apparently, it was planned to create an insurmountable barrier to the passage of “enemy” equipment, but it only turned out to create a lot of inconvenience and trouble for local residents, each of whom, driving or passing impromptu “obstacle courses”, quite loudly and vividly describes his attitude towards such defensive measures...

A “remarkable” know-how is the production and installation on the streets of Kyiv of the so-called anti-tank hedgehogs, which are rather strange designs. One gets the full impression that for their manufacture they sawed and welded all nearby fences, fences and other sources of metal that came to hand. Judging by the fact that normal “hedgehogs” are still available, we come to the conclusion that in the first days of preparation for the defense of the city, the process went to its fullest and from the heart. Later, thinking: “Is it worth it to make so much effort and spend a lot of metal?”, They began to save significantly. Because metal is expensive these days.

As a result, a new, previously unseen type of barriers appeared on the streets of Kyiv, which the locals call "anti-tank hedgehogs." With their size, these "engineering masterpieces" sometimes do not even reach half a meter, and can only stop a child on a scooter or a gaping cyclist.

Quite an interesting spectacle is presented by the vast majority of the Kiev "barricades", created, as they say, from what was. The basis of these fortifications are garbage cans, stolen from all nearby houses, on which, obviously for the sake of heightening the surroundings, fragments of furniture, cardboard boxes and other junk are piled, in principle unable to even contain a bullet. Significantly enlivens the landscape, a favorite attribute of all Maidan activists - tires and tires, which are also demolished in large quantities to makeshift barriers. Apparently, in the near future, the people of Kiev will have to enjoy the stench of smoke from them to the full, since "competent individuals" seriously suggest creating smoke screens in this way and thereby "disorienting the enemy."

From a military point of view, all this so-called fortification makes no sense. Some nostalgic notes of the “fun” days, when Ukraine was seized by the “Maidan” madness, are more likely to be felt here. The Maidan brethren erected similar structures against the Berkut, whose fighters, alas, did not have any firearms. weapons, nor equipment for carrying out the barrier.

It is also important that the barriers are erected not by army units, which are practically not observed on the streets of the city, but by the fighters of the so-called "territorial defense". The only thing they have achieved so far with their actions is that entire neighborhoods have been literally cut off from the outside world. That is - clogged and inaccessible for the passage of not only ordinary vehicles, but also special ambulances, firefighters, emergency and other services, the importance of which in the current circumstances increases significantly. The same semblance of anti-tank hedgehogs and barricades are already causing problems with the passage of emergency services.

Major intersections and key points are blocked off in exactly the same miserable way, which should not pose any problems for the advancement of troops, especially in the absence of trained and properly armed defenders at improvised "defense nodes". However, as mentioned above, there are absolutely no troops, at least in those areas of Kyiv where I managed to visit. Everything is controlled by the “terodefense”, which is a completely phantasmagoric sight, starting with the appearance and ending with the weapons.

This "wild army" certainly deserves a separate detailed description, which will be brought to your attention literally tomorrow - in the continuation of this material.