The adventures of the "ancient proto-Ukrainians" 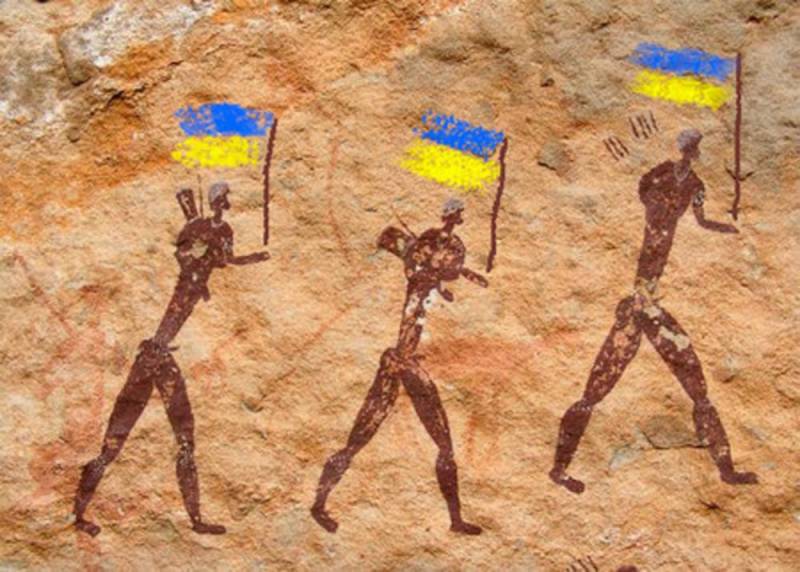 Where did "Ukrainians" and "Ukrainian language" come from? After the collapse of the USSR, independent ideologists and "historians" immediately had the most fantastic hypotheses about the "ancient Ukrainians" and the most ancient language in the world.

After the collapse of the USSR, when classical history and culture went under demolition, the most fantastic ideas and hypotheses flourished. Some Ukrainian "historians" have agreed that their civilization was created by extraterrestrial civilizations! 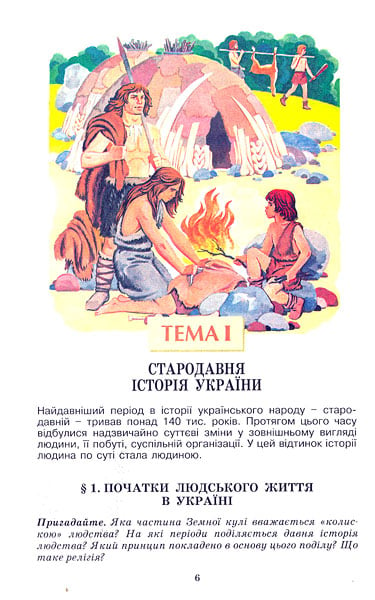 For example, political scientist V. Bebik agreed that under the influence of Ukrainians, the civilization of Ancient Egypt and Ancient Greece (“Ukraine-Hellas”) was allegedly formed. The worker of the Lviv University I. Los noted that under the influence of the Ukrainians the civilization of the Sumerians allegedly developed in Mesopotamia, and allegedly it was the Ukrainians who settled in India under the name of "Aryans". Other Ukrainian authors identified the legendary prince Kiy with Attila, Ukrainians with the Scythians, Pelasgians, Etruscans and the inhabitants of Troy. "Ukrainians", in their opinion, created the alphabet, invented the wheel and built the ark.

It is clear that there is always a category of "village fools", "city madmen" who write self-made brochures, share their discoveries on the Internet. However, the problem is that such ideas and theories are promoted by quite official academicians, professors, political scientists who teach at the leading universities of Ukraine, and appear on TV programs. Their opuses are printed in large numbers, often at the expense of the state, they are invited to television.

Ukrainians, according to this myth, either always existed and were called that, or they write about some “proto-Ukrainians”. This term was introduced by the Polish pan Tadeusz Chatsky back in the middle of the 1991th century. They say that modern Ukrainians supposedly originated from the “proto-Ukrainians”. However, earlier even the most ardent Ukrainophiles, like Professor Mikhail Grushevsky, the author of the fundamental "History of Ukraine-Rus", disdained this term. But since XNUMX, the mythical "Ukrainians" have been remembered again.

It is interesting that often Ukrainian ideologists and "historians" simply appropriate the history of Russia and Rus-Russians. By this they denigrate, discredit the true history of Russia and the Rus. For example, they assign the history of the Rus-Scythians, Tauro-Scythians. In this regard, Ukrainian nationalists are following the path of the German Nazis. In Nazi Germany, they also intensively searched for their origins and roots, tried to find the ancient history of the Germans, to show that the Germans and the ancient Indo-European Aryans are one and the same.

As a result, they dug up that all the ancient German cities and villages stand on Slavic Russian settlements. In particular, Berlin is the city of "bera" (bear - the image of the ancient Bera-Vela-Veles). They found out that in anthropological and linguistic terms, the Russians, whom they considered "subhuman", are closer to the Aryans-Indo-Europeans than the Germans. Like the Russian language itself, unlike German, which was formed only in recent centuries.

Thus, the current “Ukrainian Reich” is, in all respects, including ideology, a miserable, underdeveloped copy of the Third Reich. In a word, a chimera, an unrealizable, completely artificial and unnatural idea.

Ukrainian separatists do not want to have anything to do with Russians. Therefore, they abandoned the concept prevailing in the USSR that “Eastern Slavs” lived in Kievan Rus, and a few centuries later “three fraternal peoples” descended from them - Russians, Ukrainians and Belarusians. In "independent" Ukraine, a bunch of all kinds of hypotheses have appeared - from space settlers "ukrov", allegedly coming from the lost Atlantis, to "protoukrov", allegedly founding almost all ancient civilizations.

The Russians there were generally refused to be recognized as “brother Slavs”. Ukrainian authors adopted the theory, invented back in Poland, that “Muscovites-Muscovites” are a mixture of Finno-Ugric tribes with Mongols, in which there is practically no Slavic blood left. This is how the "Russians" appeared - aggressive, bloodthirsty and prone to despotism and slavery. Allegedly, the “Muscovites” stole the name “Rus” and “Rus”, and at the same time the script from the Ukrainians.

True, as has been noted more than once, medieval Byzantine, Arabic, Western European and Russian sources do not know any "Ukrainians" and "Ukraine". But they know "Rus", "Russian land", "Rus-Roses", "Russians". After all, it is undeniable that in the vast expanse from Hungary, the Czech Republic and Poland in the west, from the Russian (Black) Sea in the south to the Breathing (Arctic) Ocean in the north and the lands of the Finno-Ugric tribes in the east, there lived a single people with a single language, script, faith and culture - Russians-Russians. Galicians, Kievans, Chernihivs, Pereyaslavtsy, Novgorodians, Suzdalians - they were all one people, Russians.

What language was spoken in Ancient Russia in the XNUMXth-XNUMXth centuries? Naturally, ostensibly in Ukrainian, say the independents. But the problem is that irrefutable documents and evidence have remained since that time: books, birch bark letters, inscriptions on icons, walls of temples, dishes, various “graffiti”. No hint of language! All inscriptions are made in Old Russian. Written documents reflected the living language of the Russian population of Russia. In Kyiv, Vladimir-Volynsky, Galich, Smolensk and Kyiv they spoke and wrote the same language. 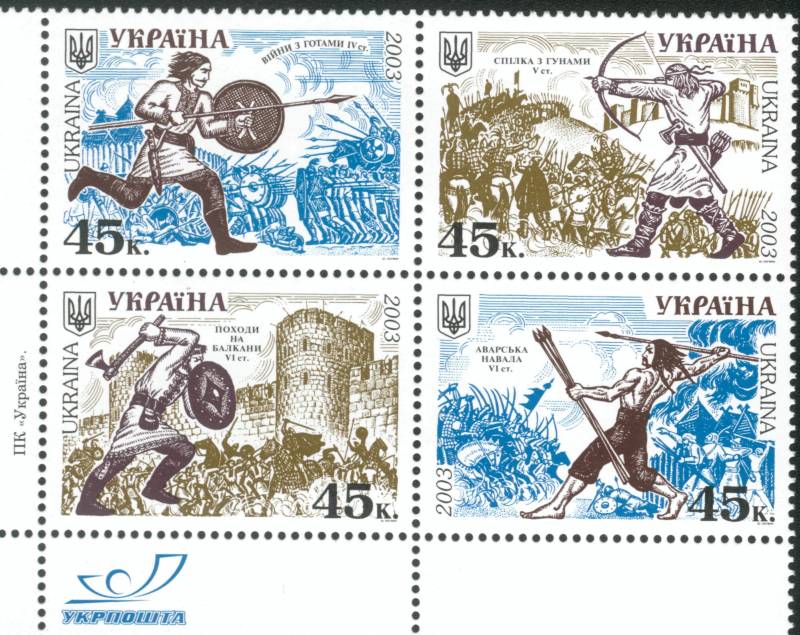 And the newly minted independent "historians" go further and prove that allegedly in "Ukraine-Rus" there were two languages ​​- spoken (Ukrainian) and written (Old Russian, Church Slavonic). Like, people allegedly spoke one language, and wrote in another. Here is another nonsense of Ukrainianizers.

The presence of the Old Russian language is beyond doubt. Many texts in Russian have been preserved. At the same time, not a single ancient, reliable document in the Ukrainian language is known to science.