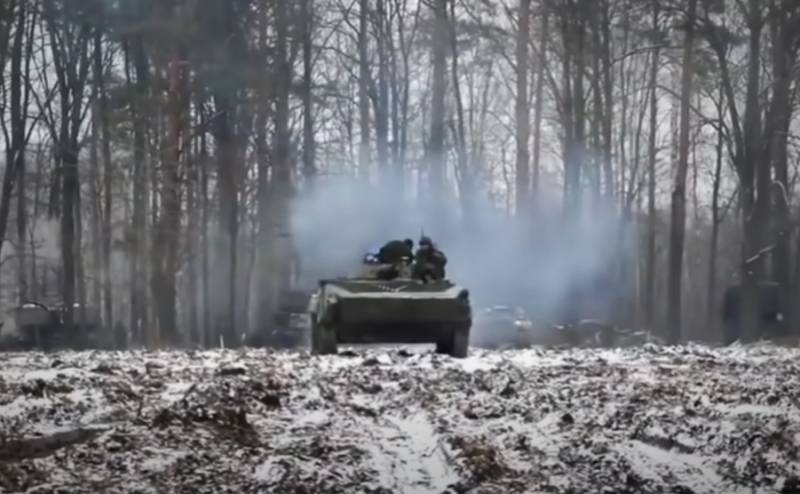 On the 14th day of the operation of the Russian troops in Ukraine, about 24 percent of the Ukrainian territory was under the control of the RF Armed Forces. About 6 million people live in these areas. At the same time, the network, including Runet, often began to flicker statements that “the Russian army has lost momentum”, “that the operation is not going according to plan”, that “it was possible to reach Lvov and back in 2 weeks”. The last of the presented tirades belongs to the notorious Yakov Kedmi, who burst into pessimistic maxims on the air at Vladimir Solovyov. The fact is that in two weeks one could really go “back” if one allows oneself to make a sharp rush to the West without completing a number of critical tasks, including the task of ensuring normal life in the territories of Ukraine taken under control.


One gets the impression that in a number of cases individual experts, having composed some kind of plan in their head, are trying to pass it off as the plan of the Russian command. And then suddenly they are seriously surprised why the actions of the RF Armed Forces do not coincide with the plan announced by them ...

Meanwhile, Russian troops are using tactics that minimize casualties and destruction. Russian troops do not make any Raqqa or Mosul from Ukrainian cities, and they are not going to do so. Enemy groupings are blocked in different areas and methodically destroyed if they are not ready to lay down weapon. Several large groups of Ukrainian troops and national battalions are immediately surrounded, deprived of supplies and cut into smaller ones, which are liquidated by pinpoint strikes and cross actions of the RF Armed Forces and the NM of the LPR. An example is the work in Rubizhne and Severodonetsk, advancement with a cleanup block by block in Mariupol.

The grouping of Ukrainian troops in Nikolaev, which a few days ago carried out sorties against the troops of the Russian Federation with bravura reports of local officials, is now forced to hide in the city, being squeezed from several sides and finding itself without communication from Kherson, Novaya Odessa, Snigirevka. A complete blockade of Ukrainian troops in Nikolaev is a matter of a matter of days. All that remains is the direction to the West along the Black Sea, so that the ring closes. Accordingly, after the completion of the operation to blockade Nikolaev, Russian troops, following the initially chosen tactics, will continue to advance towards the next regional center. And judging by the development of events, this may well turn out to be the Odessa direction, if only because the ring of distribution of Russian troops in the Odessa region is outlined quite clearly.

In the Zaporizhia region, the so-called Pologovskaya grouping of Ukrainian troops is blocked - in the area of ​​​​Gulyaipol. This allows you to move north and northeast. In the north of the Lugansk region, the troops went to the rear of the grouping of the Armed Forces of Ukraine and the national battalions in the Rubezhno-Severodonetsk agglomeration, cutting it off from supplies and ways to retreat.

Thus, the RF Armed Forces are systematically, without any fever imposed by pseudo-experts, moving in a number of directions, cutting and blocking the groups of Ukrainian troops in such a way that they no longer have any opportunity to strike in the rear. The Ukrainian armed formations remaining in the encirclement without supplies are losing their combat effectiveness, remaining troops in fact only formally. Yes, they may not capitulate de jure, but their opportunity for any active hostilities is reduced to a minimum. Further, the cleansing units come into play, which bring to the logical conclusion the special operation in the territories that yesterday were under the control of the Armed Forces of Ukraine and the National Battalions, marked by phrases in the style of "we will stand to the end." If only to your own. No problem - wait...

In this regard, you can talk about the “loss of pace” as much as you like, but the whole truth is that the Russian army, precisely at the chosen pace and implemented tactics, first fetters the enemy’s forces, forcing him to spend ammunition with great intensity, then cuts off the supply routes, and then closes in a dense ring, the exit from which is impossible due to the depletion of reserves and the fall to the extreme minimum of the very possibility of inflicting any serious blow. At the same time, the basic infrastructure is preserved. Losses among the civilian population, among those conducting the operation themselves, are minimized. At the same time, resources are saved and a rear cover is created.

PS Less than an hour ago, there were reports of the advance of the NM DPR in the next quarter of Mariupol with the defeat of one of the bases of the nationalist formation. It hunted by striking with the help of drones, which were equipped with mines or grenades, as a result of which they were dropped from a height. The complete blockade of Mariupol, advancing quarter by quarter, also allows the shock units not to engage in uncharacteristic business, but to move on - for example, to strike at the rear of the Ukrainian national battalions in the northwest direction.
Ctrl Enter
Noticed oshЫbku Highlight text and press. Ctrl + Enter
Military Reviewin Yandex News
Military Reviewin Yandex Zen
189 comments
Ad