27 September 2012
5
Among the many heroes of World War 1812, the personality of Andrei Ivanovich Gorchakov, the heroic defender of the Shevardino Redoubt, whose feat did not go unnoticed by Field Marshal M.I. Kutuzov and unforgotten by us, grateful descendants remembering the name of each hero of that glorious war, is worth noting.

A. I. Gorchakov came from an ancient noble family. He was born in 1779 in the family of Lieutenant-General I. R. Gorchakov, who was married to the sister of the great Russian commander A. V. Suvorov (thus, Gorchakov Jr. was his nephew).

Already in infancy, as it was often practiced among nobles, he was enrolled in the guard, and from the 14 years he began serving as an ensign as a member of the Life Guards Preobrazhensky regiment. Having achieved the rank of lieutenant colonel in four years, he goes to Emperor Paul I to join the adjutants.

Kinship with Suvorov, although contributed to the military career of Gorchakov, however, and gave him a lot of trouble. Pavel, who had a sharp hostility towards the field marshal, nevertheless offered him to return to military service, and Andrei Gorchakov was the mediator in these negotiations. Suvorov categorically did not want to return to the service, who could not tolerate the Prussian army orders in the army, which Paul implanted, and Gorchakov had to endure unstoppable anger and many threats from the emperor, trying to establish a dialogue between these high-ranking officials. It came to the point that Pavel, in a fit of unbridled anger, dismissed Andrei Ivanovich from the service, but a few days later returned him to the army ranks, conferring the title of colonel.

In the spring of 1798, Gorchakov became a major general with a transfer to the Preobrazhensky regiment, and in 1799 he was transferred to serve in the Military College.
In 1799, Suvorov was again summoned from the village of Konchanskoe (where he experienced his disgraced "exile") to Moscow and appointed by the emperor Paul the commander-in-chief of the allied Russian-Austrian troops. At the same time, Andrei Gorchakov was entrusted with Pavel to be an escort under his uncle, the commander-in-chief, - this is how the Italian-Swiss campaign began for Gorchakov. 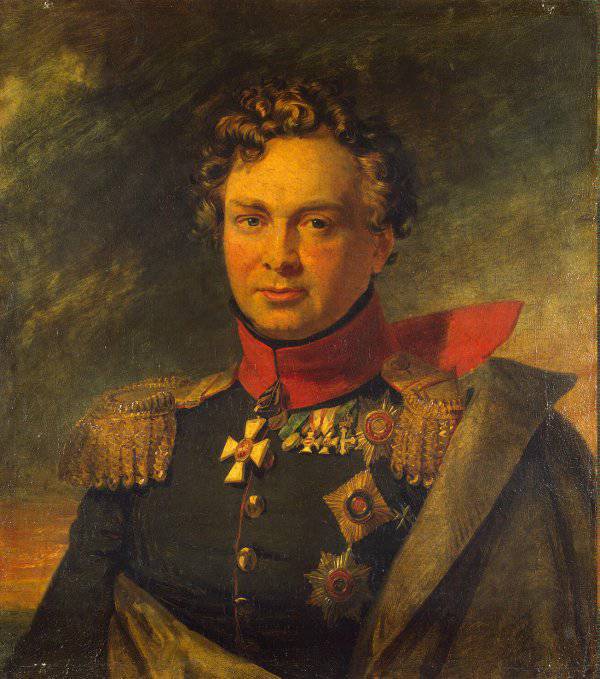 Gorchakov received baptism of fire on the Tidone River, where, commanding 2 with Cossack regiments, he managed to attack French troops famously. Andrei Ivanovich particularly distinguished himself in the battles of Trebbia, for which he deservedly received the Order of Saint Anna of the 1 degree. Participating in the devastating battle of Novi for the French, Gorchakov commanded the grenadiers and rangers, also displaying remarkable heroism and bravery.

The Swiss campaign was marked for Gorchakov by promotion to the rank of lieutenant general for the heroic participation in the capture of the St. Gotthard pass.

In 1806, Gorchakov was assigned the formation of the 18 Infantry Division, commanding which he took part in the 1806-1807 military campaign. In the course of this war with the French, Andrei Gorchakov was shining in the battle of Heilsberg, commanding all the Russian troops instead of the sick Bennigsen by the end of the battle. Under Freeland, Gorchakov, leading 4 infantry divisions and several cavalry regiments, for a long time beat off the attacks of the central forces of the French army. According to eyewitnesses of that battle, by the end of the day Bennigsen received an order to retreat, Gorchakov said, “It is easier for me to keep superior in number of enemies until dusk than in front of him to go back” and retreated only after learning of the defeat of the left flank.

Dismissed in 1809 from service for disagreeing with the military policy of the Russian state, Gorchakov was again taken to 1 service on July 1812 and was assigned to command of the vanguard corps of the 2 of the Western Army.

In a very remarkable way, Gorchakov distinguished himself during the defense on the Shevardino redoubt, located two versts from the village of Semenovskaya, on the Borodino field. At this point, it was decided to detain the French army before the general battle on the Borodino field (the delay was needed by the Russian army in order to have time to build fortifications and prepare for the main battle). The defense of the redoubt Bagration ordered Andrei Ivanovich. Under the command of Gorchakov was the X. NUMX-division of D. P. Neverovsky, several cavalry regiments and regiments of the Russian militia. The whole Gorchakovsky detachment in 27 of thousands of people all day long heroically reflected the waves of attacks of the 11 of the thousandth Napoleonic army. Several times the Shevardino redoubt passed from hand to hand, and only by midnight, already in hand-to-hand combat, the French again approached the walls of the redoubt, and Gorchakov, obeying Kutuzov's orders, moved to the main location of the military forces. 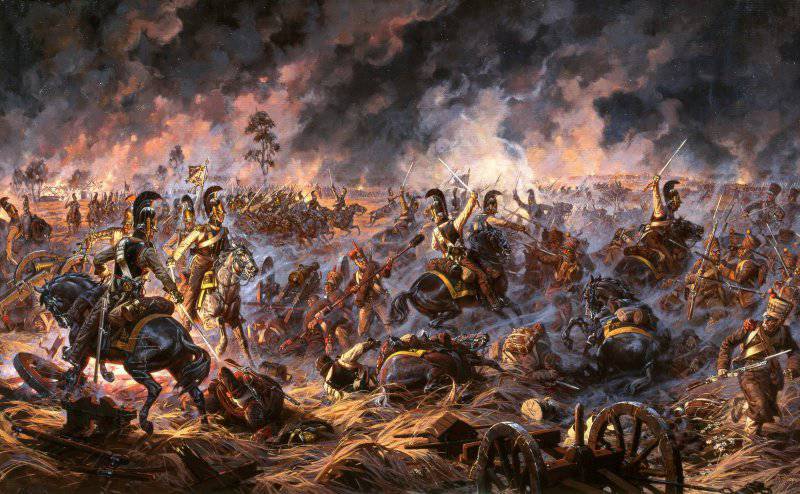 During the battle of Borodino 26 in August, Andrei Gorchakov was seriously wounded. During the defense of Bagrationovskiy flushes, numerous losses were incurred by General Gorchakov’s troops - the division of the grenadiers M. S. Vorontsov and the infantry division of D. P. Neverovsky .. For the defense of Shevardino Redoubt, Andrey Ivanovich Gorchakov was awarded the Order of St. George of the 3 degree.

Returning to service only in January 1813, Gorchakov fought bravely in the “Battle of the Nations” near the city of Leipzig, for which he received the Order of St. Vladimir 1 and the signs of the Order of the Red Eagle, 1, from the Prussian king. Later, Gorchakov was awarded the Order of St. George 2 degree for bravery when Paris was captured. After the war, Gorchakov became a member of the State Council, from 1819 of the year - a general from infantry and, commanding infantry troops, he will serve in the army until 1847 of the year.

Died Andrey Gorchakov 11 February 1855 of the year. He is buried in the Moscow Donskoy Monastery.