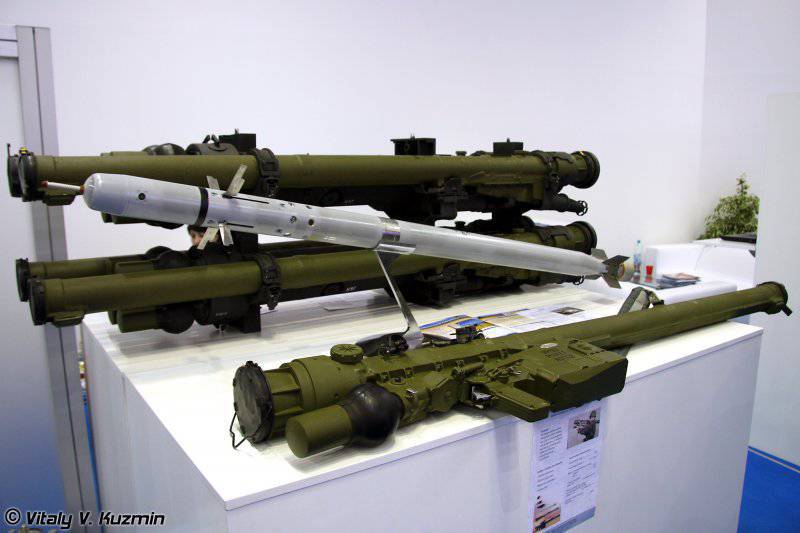 The Libyan Islamist group Raf-Allah al-Sakhati stated that a large batch of Soviet-made MANPADS was stolen from its base in Benghazi, Kommersant reports.

As the newspaper notes, “experts do not exclude that MANPADS can fall into the hands of terrorists operating in neighboring countries. It was precisely such a development of events that the US feared: after the overthrow of M. Gaddafi, the destruction of MANPADS was one of the main tasks of the American special services in Libya.

The authorities of Tripoli, for their part, recognize that there are no combat-ready government units in Benghazi that could conduct a search and confiscation operation of stolen MANPADS.

As Kommersant writes, “Washington was afraid of just such a development of events: back in November last year, the USA allocated 40 million to buy MANPADS stolen by Libyan rebels from army stores after taking Tripoli and overthrowing M. Gaddafi. The task was only partially solved: the Americans themselves admit that Libyan militants who fought on the side of the opposition were transferring MANPADS abroad. ”

Kommersant also notes that a considerable part of MANPADS remained at the disposal of various Libyan groups and tribal formations. In total, according to US intelligence, the country may be up to 1 thousand unregistered Soviet-made Strela and Igla MANPADS.

At the same time, according to Kommersant, referring to expert opinion, “it’s possible that in fact, no one kidnapped the MANPADS in Benghazi, and the leaders of Raf-Allah al-Sakhati used the attack on their base, in order to “legalize” their loss and, thereby, disclaim responsibility for the further resale of the complexes to the Islamists in neighboring countries. ”

Despite Washington’s best efforts, the situation seems to be spinning out of control, states Kommersant.

Back in March, TSAMTO warned of the possibility of an uncontrolled leakage of Soviet-made MANPADS from military depots in Libya. Unfortunately, these concerns were later repeatedly confirmed. The last fact of the theft of MANPADS from warehouses in Benghazi was no exception.

As TSAMTO noted at that time, one of the consequences of the military operation of the coalition forces against M. Gaddafi’s regime could be the appearance on the “black” weapons market of MANPADS, which both the Libyan army and the rebel groups had.

The borders of Libya since the beginning of the intra-Libyan conflict and up to the present time are practically not controlled, so there is a constant risk that part of MANPADS can be smuggled into neighboring countries and resold to terrorist groups operating in the Middle East, including Al-Qaida ", And subsequently used to commit acts of terrorism in various regions of the world.

A year and a half ago, TSAMTO expressed the opinion that the leading intelligence agencies of the world should take coordinated actions to prevent such a threat, using the whole arsenal of methods and tools at their disposal. However, in the future, this function was unilaterally assumed by the US intelligence services, which in the end turned out to be “not easy” for them.