Russia opened its arms to NATO 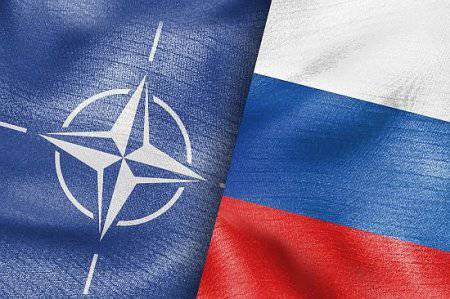 Despite the abundance of criticism, the Ulyanovsk Transit and Transit Center is ready to start work.

Zamir Kabulov, Special Representative of the President of the Russian Federation for Afghanistan, declared that the transit and transshipment center is ready to send NATO cargo to Afghanistan to begin work in Ulyanovsk. More specific data, in particular, the transit start dates, depend on the decision of the Alliance countries.

“As far as I know, the Ulyanovsk transit and transshipment point, in principle, is already ready to handle cargo,” the official told Interfax. According to him, "NATO members have received good, and now it depends on them whether they want to use this item." Kabulov also noted that work in Ulyanovsk does not imply the presence of American military personnel. “This is not a base, everything will be done by our operators, ground services,” the special representative said.

The official noted that the demand for the services provided will be exactly as much as provided for by Russian legislation. He stressed that despite the fact that transit through the Russian Federation costs NATO members more than through Pakistan, at the same time it is more reliable. “Everything will come, but not everything comes, as practice shows,” Kabulov said.

In February of this year, it was announced that the alternative cargo route for the NATO International Security Assistance Force (ISAF) in Afghanistan will pass through Ulyanovsk. What was happening provoked discontent among the ranks of local residents: they decided that the base of NATO would be located in the city, “hiding behind” the title of a transit and transshipment center. Then the Russian Foreign Ministry hastily refuted such rumors: in mid-March, the ministry announced that there would be no personnel of the North Atlantic Alliance in Ulyanovsk.

As the official representative of the department, Alexander Lukashevich, said, we are not talking about military installations. “For the purpose of possible transit, only civilian objects of material and technical support - temporary storage warehouses and so on,” he assured.

In addition, Foreign Minister Sergei Lavrov stressed that the transit of goods for the ISAF through Ulyanovsk was dictated primarily by the interests of the country. “We are interested in the fact that those who stop the threats that create problems for Russia inside Afghanistan effectively fulfill their tasks,” the minister said and added that only “non-lethal” cargo will be transferred through Russian territory.

The leadership of the Ulyanovsk region ardently supported the organization of the base, since it can become a source of funding and open the prospect of creating new jobs. Governor Sergey Morozov promised that the transportation will be carried out only by planes of Russian companies with the Russian crews, and neither military cargo nor military personnel will appear in Ulyanovsk. “We are not talking about military facilities in principle,” he noted.

Nevertheless, the assurances did not make a proper impression on the residents, and in March a protest was held in Ulyanovsk against the deployment of the point at Vostochny Airport. Moreover, the Duma faction of the Communist Party of the Russian Federation also opposed this initiative. Communist leader Gennady Zyuganov said that the placement of a transit point within the boundaries of Russia is nothing more than a payment for the recognition of the results of presidential elections by Washington. He called for "not to give NATO boots to land on the sacred Russian land."

In April, Ulyanovsk supporters of the communist regime declared a hunger strike in protest of NATO transportation. True, the protest did not last long: a few days later, the police dispersed the tent camp of the demonstrators. Deputy Prime Minister Dmitry Rogozin called the hunger strike a provocation. “Someone made a provocation and pushed naive people to stupidity. Shame, ”he commented on what was happening.

Rogozin said that he was tired of hearing and reading statements that allegedly would be transported through the NATO base weapon: “I explain: this is about the so-called. multimodal transit of non-lethal goods ". He explained that transit is commercial in nature (money goes to the budget of the Russian Federation), and added a catchy statement: “I don’t think that transit through Russia of NATO toilet paper is a betrayal of the Motherland”.

The newspaper "Vzglyad" reports that employees of the airport, in which transit aircraft must land, doubt that the project will begin in the coming months. According to the publication, Ulyanovsk customs will be transformed into a customs post with a concomitant reduction of the working staff by 70%. “And when we are assured that everything will take place under the control of customs officials, it is rather difficult to believe in it. Corruption struck this institution as well, ”complained the first secretary of the Ulyanovsk Regional Committee of the Communist Party of the Russian Federation, Alexander Kruglikov.

Most citizens of the Russian Federation have a negative attitude to the placement of such a transport point. At the same time, Russian President Vladimir Putin during the August conversation with the servicemen and veterans of the Airborne Forces said that the country needs these measures in order “to be calm on the southern borders.” “There is a constant presence of NATO troops in Afghanistan. We must help them. Let them fight there, ”the head of state added.